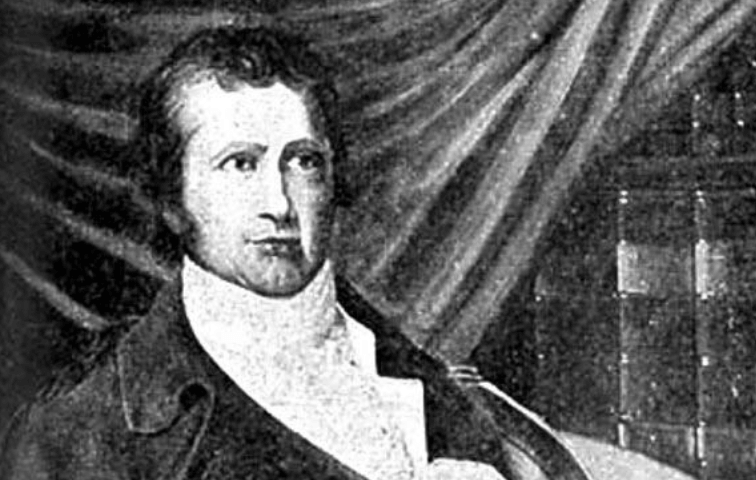 David Thompson; (1770-1857), Canadian explorer and geographer. He was born in London, England, on April 30, 1770, the son of poor parents, and was educated at the Grey Coat charity school. He was apprenticed to the Hudson’s Bay Company at the age of 14. Sent to help build trading posts on Hudson Bay and in the Saskatchewan Biver country, he gained a good working knowledge of astronomy and surveying. After making reconnaissance tours in the Nelson Biver and Lake Athabasca areas, he left the Hudson’s Bay Company in 1797.

He joined the rival North West Company, which assigned him to determine the relationship of its posts to the new international boundary with the United States. In 1797-1798, Thompson made extensive journeys around the headwaters of the Missouri and Mississippi rivers. In 1804 he transferred his attention westward. He crossed the Bocky Mountains in 1807 through Howse Pass and built Kootenae House, the first trading post on the Columbia Biver. In 1811 he made his great voyage down the Columbia Biver, the first white man to travel from its source to its mouth.

Thompson left the West in 1812 and spent the next two years preparing a great map of transportation routes through the vast territory between Lake Winnipeg and the Pacific. From 1816 to 1826 he was employed by the International Boundary Commission to make a survey from the St. Lawrence Biver to Lake of the Woods. He died in poverty at Longueuil, near Montreal, on Feb. 10, 1857. His narrative of his travels was unpublished until 1916.