David Hume; (1711-1776), Scottish philosopher, historian, political theorist, and economist, who was one of the great questioners, forcing men to face problems they would prefer to ignore. His contemporaries admired him principally as a historian and political theorist, calling him the “British Tacitus.” Only since the late 19th century has his importance as a philosopher been fully recognized.

Hume was born in Edinburgh on April 26, 1711, but his family home was a small estate, “Ninewells,” near Berwick. His father, Joseph Home (with characteristic good sense Hume altered the spelling of his name to conform with the received pronunciation), was a country gentleman who died young, leaving David, as the second son, only a small income on which to support himself. Hume always thought of himself as one of the landed gentry and to some degree identified himself with the political and economic interests of that class. 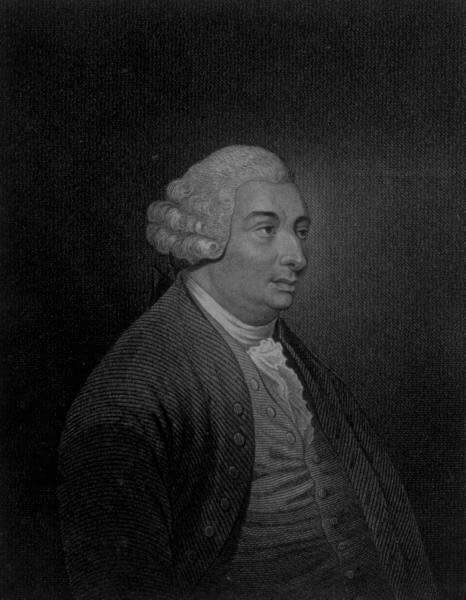 David Hume entered the University of Edinburgh at the age of 12 and left two or three years later without a degree. There he became acquainted with the ideas of Sir Isaac Newton. Hume decided at an early age to revolutionize “the moral sciences”—philosophy, economics, politics, history, literary criticism—as Newton had revolutionized physics. He was determined to be a writer, and his attempts to make a career in law and commerce were halfhearted.

Attracted by the skeptical tendencies of French philosophy, Hume left in 1734 for France, finally settling at La Flèche, where Bené Descartes had been educated. Three years of meditation bore fruit in A Treatise of Human Nature. Hume then returned to London, where the first two books of the Treatise—Of the Understanding and Of the Passions—were anonymously published in 1739, and the third book, Of Morals, in 1740.

Hume had high hopes for the Treatise, but it was coldly received. He tried to stimulate its sale by publishing an anonymous review of the first two books in a pamphlet entitled An Abstract of a Treatise of Human Nature (1740). This ingenious device proved fruitless, but the Abstract is a useful guide to Hume’s main philosophical aims. The abstruseness of his philosophical manner, Hume decided, explained why his Treatise had failed. He kept to the general plan he had announced in the Treatise— “to introduce the experimental method of reasoning into moral subjects”—but instead of treatises he wrote henceforth essays and dialogues in the literary style favored by his time. 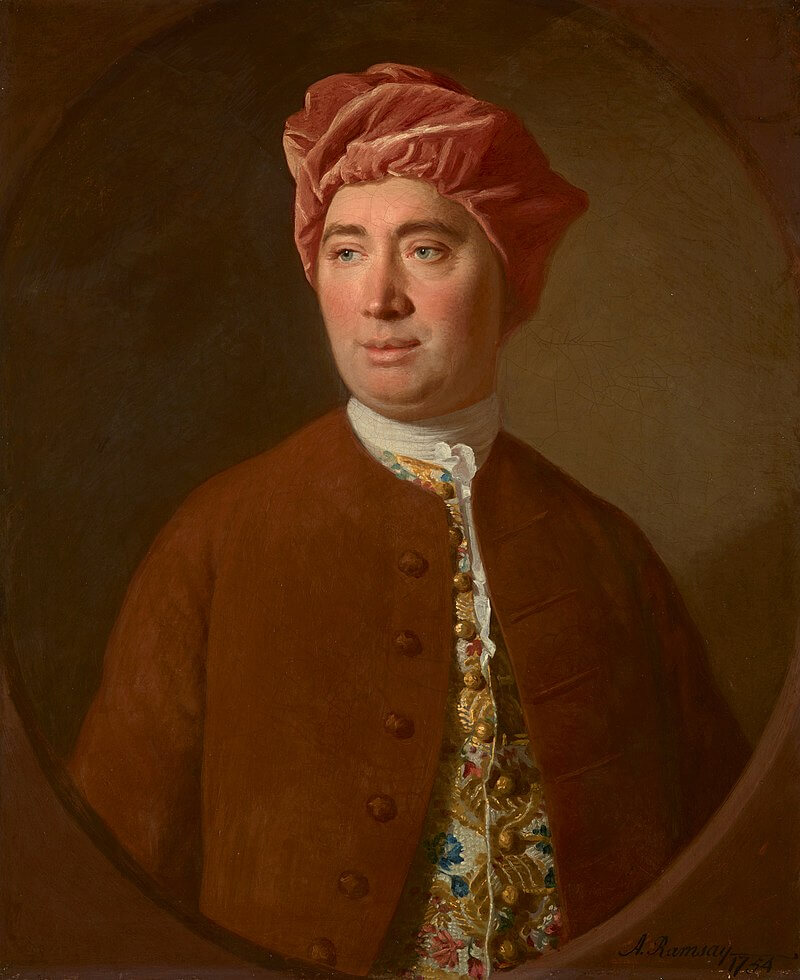 In 1741—with a second volume in 1742—he published his Essays Moral and Political, in which he imitated the manner of Joseph Addison. They attracted favorable attention, but in later editions he replaced some of the more frivolous essays by political, economic, or critical studies. In 1774 his friends failed to secure for him an Edinburgh appointment as professor of ethics and pneumatical philosophy (psychology) because he already had the reputation of being religiously unorthodox.

(In defense of his orthodoxy he composed a pamphlet that, rediscovered in 1966, was published in 1967 as A Letter from a Gentleman to His Friend in ‘Edinburgh.) He then undertook the difficult task of acting as tutor to the insane George Johnstone, 3d Marquess of Annandale. Dismissed in April 1746, Hume was appointed secretary to Gen. James St. Clair, accompanying him on a military expedition to France and on embassies to Vienna and Turin. His income was thus sufficiently augmented for him to devote himself entirely to writing.

Encouraged by the success of his new style, Hume published in 1748 his Philosophical Essays Concerning the Human Understanding (renamed in 1758 An Enquiry Concerning Human Understanding), an abbreviated and more polished presentation, with amendments, of certain of the leading ideas in the first book of the Treatise. Although philosophers regard the Treatise as the most important of Hume’s works, the Enquiry is the best introduction for the general reader. He followed it up with An Enquiry Concerning the Principles of Morals (1751), a shortened and revised version of the third book of the Treatise. Hume considered it his best book, but “it came unnoticed and unobserved into the world.” During the same period he wrote the first version of his Dialogues Concerning Natural Religion. On the advice of friends he left it unpublished; it appeared posthumously in 1779.

David Hume wrote nothing of consequence thereafter on pure philosophy but turned to “the moral sciences” themselves. His Political Discourses (1752) made his reputation, both in England and on the Continent. In 1753-1754 he brought together his miscellaneous essays, with some additions, as Essays and Treatises on Several Subjects. From 1752 to 1757 he was keeper of the Advocates’ Library in Edinburgh. With a large library at his disposal he could set about writing his long-contemplated History of England (1754-1763). It was extremely successful, although it was at first attacked as an unholy combination of atheism and Toryism., 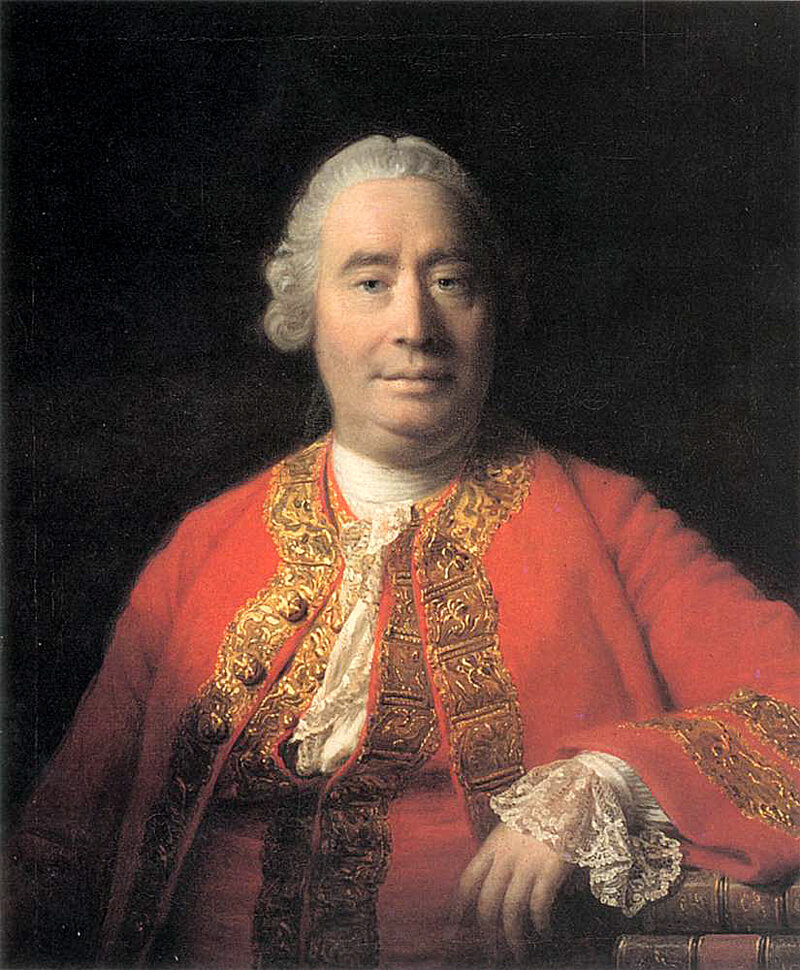 In 1757 he published Four Dissertations, which included “The Natural History of Religion,” two essays on literary criticism, and “Of the Passions,” a somewhat cursory rewriting of the second book of the Treatise. “Of Suicide” and “Of the Immortality of the Soul,” which had been designed for this volume, were withdrawn at the last moment and published posthumously in 1777. In 1763, Hume accepted an invitation to accompany Francis Seymour Conway, Earl of Hertford, then British ambassador, to Paris, where he met with an enthusiastic reception. He returned to England in 1766 with Jean Jacques Rousseau, for whom he procured a pension, but Rousseau’s intensely suspicious character soon broke up their friendship. The resulting quarrel created a considerable stir. From 1767 to 1768, Hume was in London as undersecretary of state for the northern department. He then returned to Edinburgh, where he died on Aug. 25, 1776, after a long illness that he bore with exemplary cheerfulness and courage.

Hume’s personal qualities were exceptional, as his nicknames—in France, “le bon David”; in Scotland, “Saint David”—bear witness. Even his most bitter opponents were seldom able to resist the warmth of his personality. Adam Smith summed up the judgment of his friends when he described Hume as “approaching as nearly to the idea of a perfectly wise and virtuous man as human frailty will permit.”