What is comus? The plot of the masque Comus by John Milton. The summary, literary allusions and background, analysis of Comus.

Comus; is a masque written by the English poet John Milton. It was produced by Henry Lawes at Ludlow Castle on Sept. 29, 1634, for the inauguration of Sir John Egerton, 1st Earl of Bridgewater, as lord president of the council of Wales. Three of Bridgewater’s children took part in the performance. Lawes himself, who had been a music tutor in the family, composed settings for the songs (five of which have been preserved) and appeared in the important role of the Attendant Spirit. Comus, the first of Milton’s poems to be written in blank verse, is marked by the richness, charm, and vividness of its language. The style of the work is quite different from the grand epic sweep of Paradise Lost. However, the total effect is highly individual, and the poem exemplifies the grace, delicacy, and moral fervor of Milton’s early work.

The theme of Comas is the struggle between pure virtue and sensual delight. A Lady and her two brothers are lost in a wood. Her brothers leave her to seek aid, and she encounters the enchanter Comus, who in the guise of a countryman tries to persuade her to accept his hospitality and that of the wild band of monsters who follow him. The brothers are informed of her danger by the Attendant Spirit, also in disguise, and are guided to the castle of Comus, where they find her under a spell but stoutly resisting every effort to subdue her will. They drive Comus out and summon up the local nymph Sabrina, who frees their sister from her enchantment. The Spirit then reveals his heavenly origin and takes farewell with an exhortation of the love of virtue. 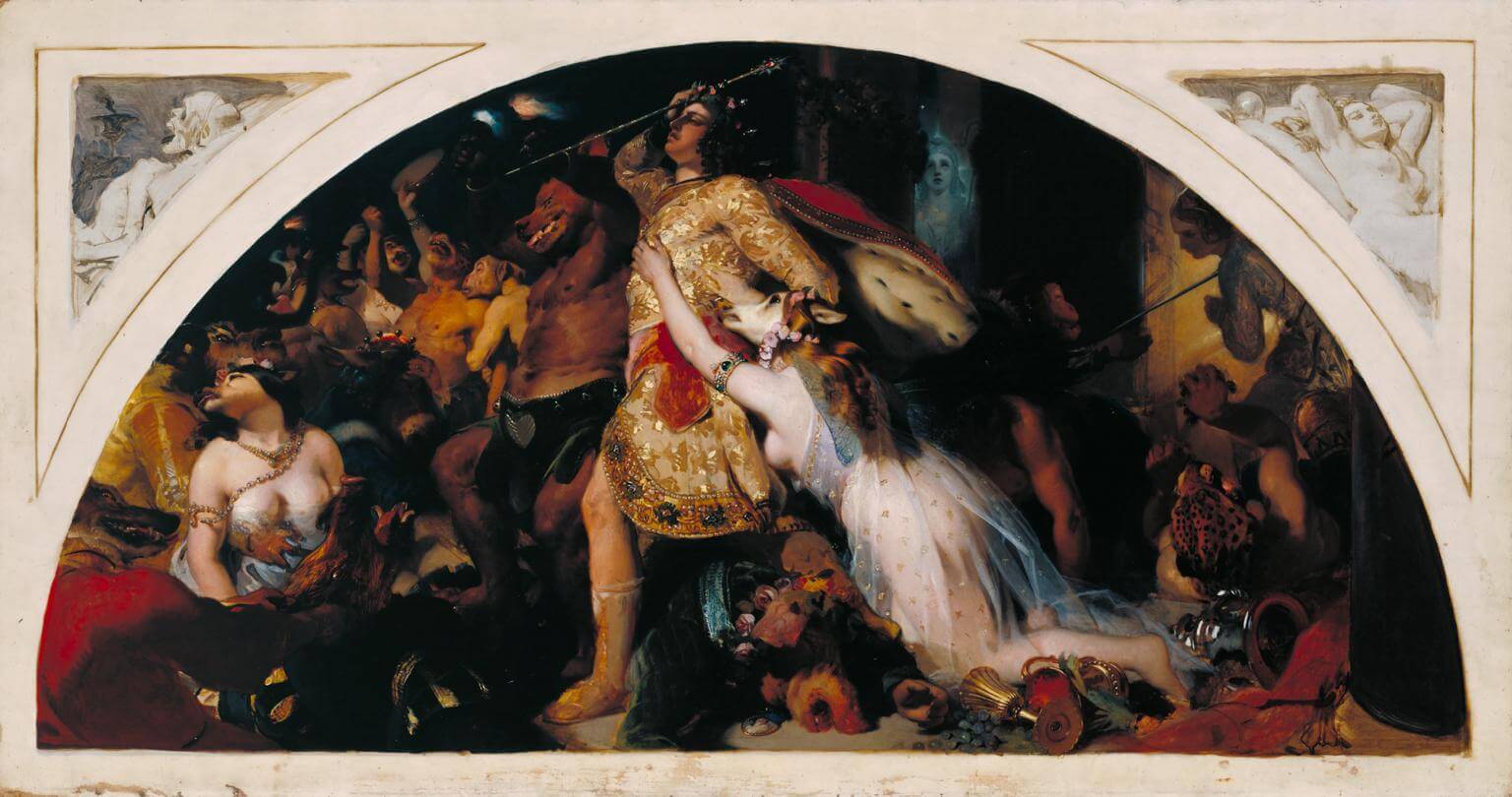 In late Roman mythology, Comus, the son of Bacchus and Circe, was regarded as the god of sensual pleasure. (The name comes from the Greek word komos, meaning “revelry.”) Milton’s Comus is an allegory in which the various characters personify abstract thoughts and ideals. The Lady is a personification of purity; Comus is vice in its seductive form; the monsters that surround him are vice in its true brutishness; and the Attendant Spirit is the divine power that protects true virtue against harm.

The plot of Comus has various analogues in literary tradition, among them George Peele’s play The Old Wives’ Tale. The character of Comus, in its original personification of revelry, had appeared in Ben Jonson’s masque Pleasure Reconciled to Virtue and in a neo-Latin play by Erycius Puteanus. The mythological groundwork of Milton’s poem is to be found in the Circe story in the Odyssey, already interpreted Platonically in ancient times as an allegory of the degrading effects of sensuality. The most essential literary relationship, however, is with Edmund Spenser, whose poetic symbolism in the Faerie Queene fused in Milton’s mind with Platonic idealism and with Christianity.

Comus was published anonymously in 1637. It had a preface by Lawes, who undoubtedly arranged for Milton to write the poem, as he had probably also done with the earlier Arcades, an entertainment in honor of Bridgewater’s stepmother, the Countess of Derby.

Comus appeared under Milton’s name with a commendatory letter by Sir Henry Wotton in the collected Poems of 1645. The poet himself called it simply “A Maske,” but the title of Comus, first used in an 18th century stage version, has been generally adopted. Milton’s original copy is preserved as part of the Trinity College manuscript of the minor poems. There exists also a manuscript in a scribal hand, representing the masque as originally performed and as it stood before Milton made extensive additions with an eye to publication.