CHOU EN-LAI (Zhou Enlai), (1898-1976), premier of Communist China. A man of great charm and exceptional diplomatic skill, Chou became a major figure in the early 1920’s and eventually attained third rank in the Communist party hierarchy. He is usually classed as a moderate.

Chou was born into a family of the provincial gentry in Shaoshing, Chekiang, but moved to Huaian, Kiangsu, while still very young. After receiving a traditional education, he went to Waseda University in Japan in 1917 and returned to study at Nank’ai University in 1919. During the May Fourth Movement, Chou joined the protest-and-study activities in Peking and was imprisoned for six months. There he met his future wife, Teng Ying-ch’ao. Although introduced to Marxist ideas in Japan, Chou did not become a Communist until after leaving for France in 1920. 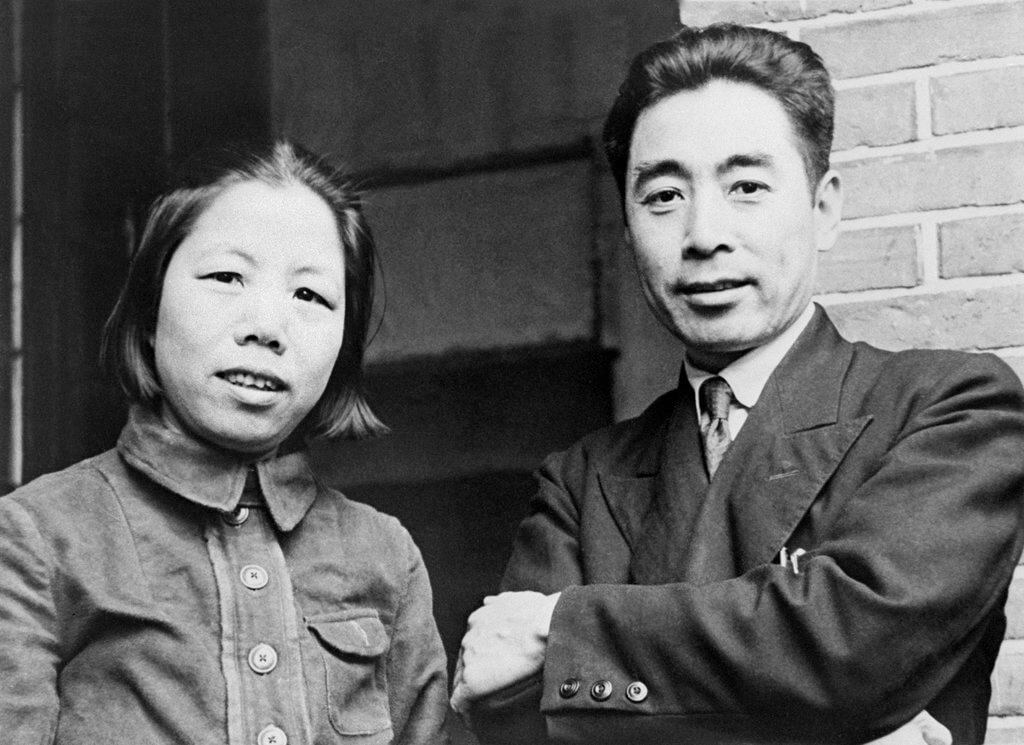 On his return in 1924, Chou became a political commissar in the Whampoa Military Academy and in Chiang Kai-shek’s First Army. It was Chou who organized the workers’ uprisings that delivered Shanghai to Chiang Kai-shek in 1927. He narrowly escaped from Chiang’s suppression of the Communists in Shanghai in April 1927 and fled south, where he became active in organizing the Communists in Nanchang, SwatcJw, and Canton.

Chou was first elected to the political bureau of the Communist party in 1927. He spent 1928 in Russia and at the end of the year returned to Shanghai, where he worked with Li Lisan until 1931, when the party leadership passed from Li. Chou then went to Mao Tse-tung’s rural base in southern Kiangsi and has remained closely associated with Mao ever since. He became a political commissar under army commander Chu Teh, a vice chairman of the Revolutionary Military Council, and a political officer on the 6,000-mile “long march” to Yenan in northwestern China in 1934-1935.

Chou’s negotiating skill was demonstrated in 1936, when he initiated the events leading up to Chiang Kai-shek’s kidnapping at Sian by disaffected warlords. Chou persuaded them not to kill Chiang and helped set the conditions that resulted in his release. Chou flew to Nanking to negotiate the united front against Japanese aggression, and when the Chinese-Japanese War broke out in 1937 he headed the Communist delegation at the Nationalist capital. He also represented the Communists in the abortive American-inspired negotiations under Gen. George C. Marshall at the end of World War II.

From 1949 to 1958, Chou was foreign minister as well as premier of the state council. Although he relinquished his post as foreign minister in 1958 to Ch’en Yi, he remained premier and the major spokesman on foreign policy. He was responsible for supervising the executive machinery of the government and for maintaining support among non-Communist Chinese. He headed the Chinese delegations to the Geneva Conference of 1954 and the Bandung Conference of 1955. Chou is a major spokesman on Sino-Soviet relations.