Chinese New Year; is the most important and popular of Chinese festivals. Its date is fixed traditionally according to the Chinese lunar calendar as the second new moon after the winter solstice. Thus it falls somewhere between January 21 and February 19 on the Gregorian calendar. The Chinese New Year festival is still celebrated by the Chinese all over the world, although the Gregorian calendar has been China’s official calendar for over 50 years. 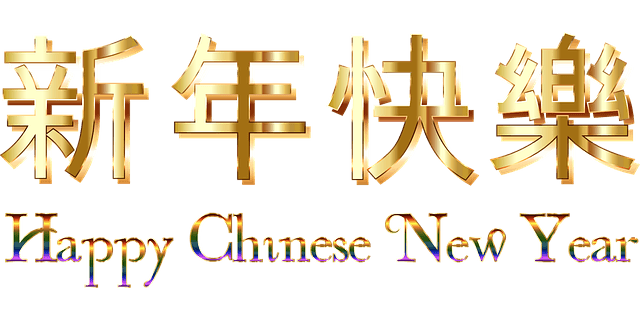 No one knows how far back New Year celebrations go in Chinese history. Their religious background involves clearing away the bad luck of the old year and obtaining a new slate for the next. It was also believed that the various godlike spirits had to report on the past year to the ruler of heaven, the Jade Emperor. Many Chinese still open the celebrations by burning a paper image of Tsao Wang, the hearth god, thus sending him on his way one week before the new year. The fireworks that continue through the new year period begin at this time.

In keeping with the idea of clearing out the old, the New Year was thought to be an appropriate time for a thorough housecleaning and for the payment of debts. It is also a time for giving alms to the poor and for eating special lucky foods.

Usually on the day before New Year’s Eve, men pay ceremonial visits to friends and associates, wishing them luck with the traditional greeting kung-hsi fa-ts’ai, meaning “happy greetings and may you gather wealth.” On the last day of the year, final preparations are made for the family’s New Year’s Eve feast, the highlight of the celebration. Before the meal, all doors are sealed with paper strips to prevent the entrance of evil, and no one may enter or leave until these are removed shortly before dawn. After the meal, gifts are exchanged, and at midnight solemn greetings and family ceremonies occur.

For days after the New Year begins, businesses are shut down, and the time is devoted to rest or recreation. It is an especially exciting time for children because they receive presents of money in red envelopes. Birthdays are not celebrated in the same way as in the West, and since ages are figured from the New Year, this replaces the birthday. A child is one year old at birth and two years after the New Year, so that an infant may become two years old in a matter of hours.

Traditionally, the festivities last 15 days until the Lantern Festival, a time for parades of elaborate paper lanterns and street dances by dragons or “lions.” For many of the poor, however, the celebrations only last a few days.

Each Chinese year is popularly known by one of the 12 animals of the Chinese Zodiac in the following order: rat (Aries), ox (Taurus), tiger (Gemini), hare (Cancer), dragon (Leo), serpent (Virgo), horse (Libra), sheep (Scorpio), monkey (Sagittarius), cock (Capricorn), dog (Aquarius), and boar (Pisces). These names provide a ready reference to the recent past, especially for the illiterate, because each name is used only once in 12 years.