Who is Charles-François Daubigny? The life and works of the French painter, one of the leading names of the Barbizon school.

Charles-François Daubigny (February 15, 1817 in Paris – February 19, 1878 in Paris) was one of the painters of the Barbizon School, and is considered an important precursor of Impressionism. 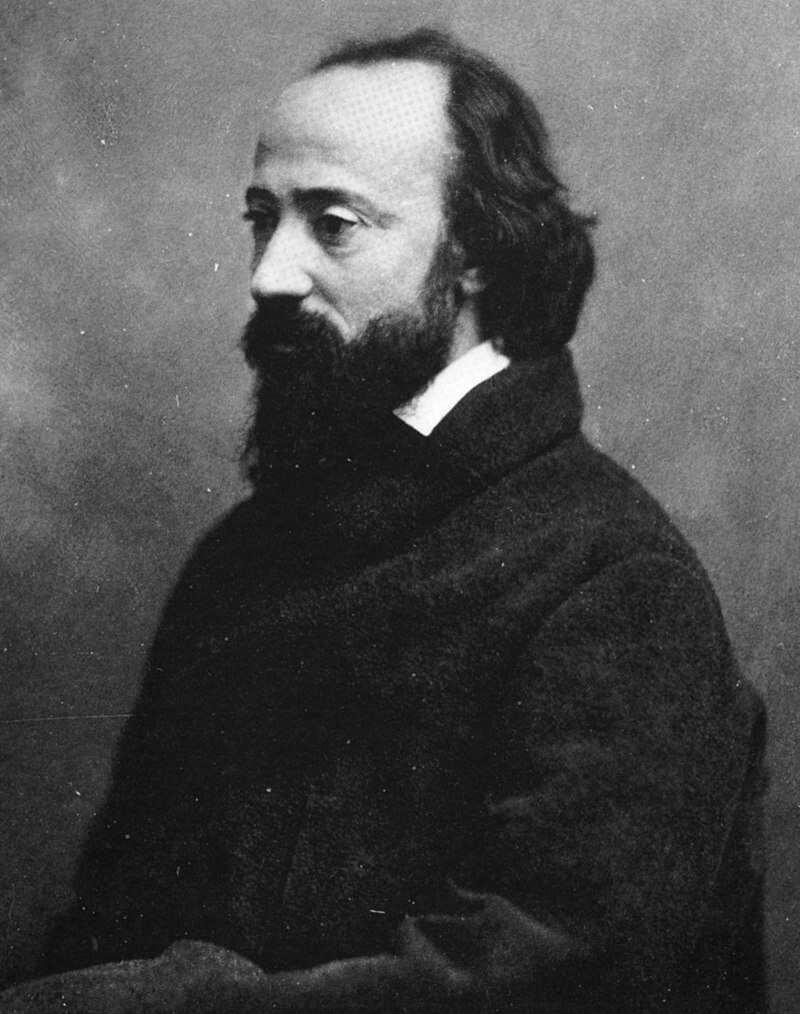 Daubigny was born into a family of painters. The art was taught to him by his father, Edmond François Daubigny, and by his uncle, the miniaturist Pierre Daubigny.

In its beginnings Daubigny painted in a traditional style, but this changed from 1843 when he settled in Barbizon to work in nature. Even more important was his encounter with Camille Corot in 1852 in Optevoz (Isère). On his famous “Botin” boat, which he had adapted as a floating studio, he painted along the Seine and the Oise, generally in the region around Auvers-sur-Oise. From 1852 onwards he is influenced by Gustave Courbet.

In 1866, Daubigny visited England, and returned to that country in 1870, escaping the upheavals of the Franco-Prussian War. In London he met Claude Monet, and together they traveled to the Netherlands. Back in Auvers, he met Paul Cézanne, another important artist linked to impressionism and post-impressionism. It is believed that all these then young artists were influenced by Daubigny.

The finest paintings by Daubigny were painted between 1864 and 1874, mostly made up of careful landscapes with trees, rivers and some ducks. It is said that when Daubigny liked his paintings he added a duck or two, so the number of ducks would indicate the greater or lesser artistic quality of his works. One of his sayings was “The best paintings do not sell”, often seeing that his finest achievements were not appreciated. Daubigny is preferred mainly for its river views, which he painted in large numbers, but although there are two great landscapes of Daubigny in the Louvre, none is of this genre.

The somewhat loose brushstroke, “poorly finished” according to the academics, produced swings in his estimation; participated in the official Salons with unequal results. Already mature, he was invited to participate in the jury of some of these contests; on some occasion he renounced such an honor in solidarity with the Impressionists, whose works were massively excluded.

He produced abundant etchings, which in some cases were published in magazines of the time, so they are still quite affordable.

His followers and students were: his son Karl (who sometimes painted so well that his works can be confused with those of his father, although rarely equals it in mastery), Oudinot, Delpy, Albert Charpin and Damoye. 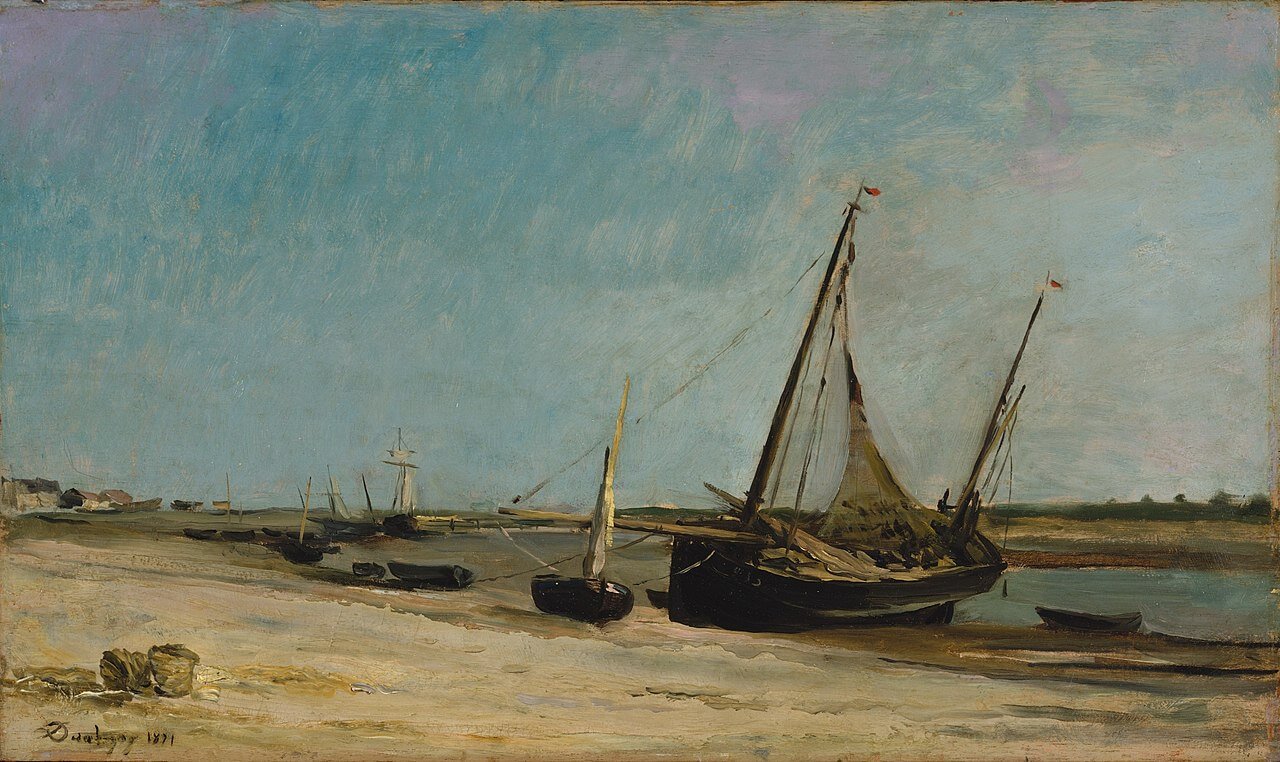 Boats on the Seacoast at Étaples, 1871 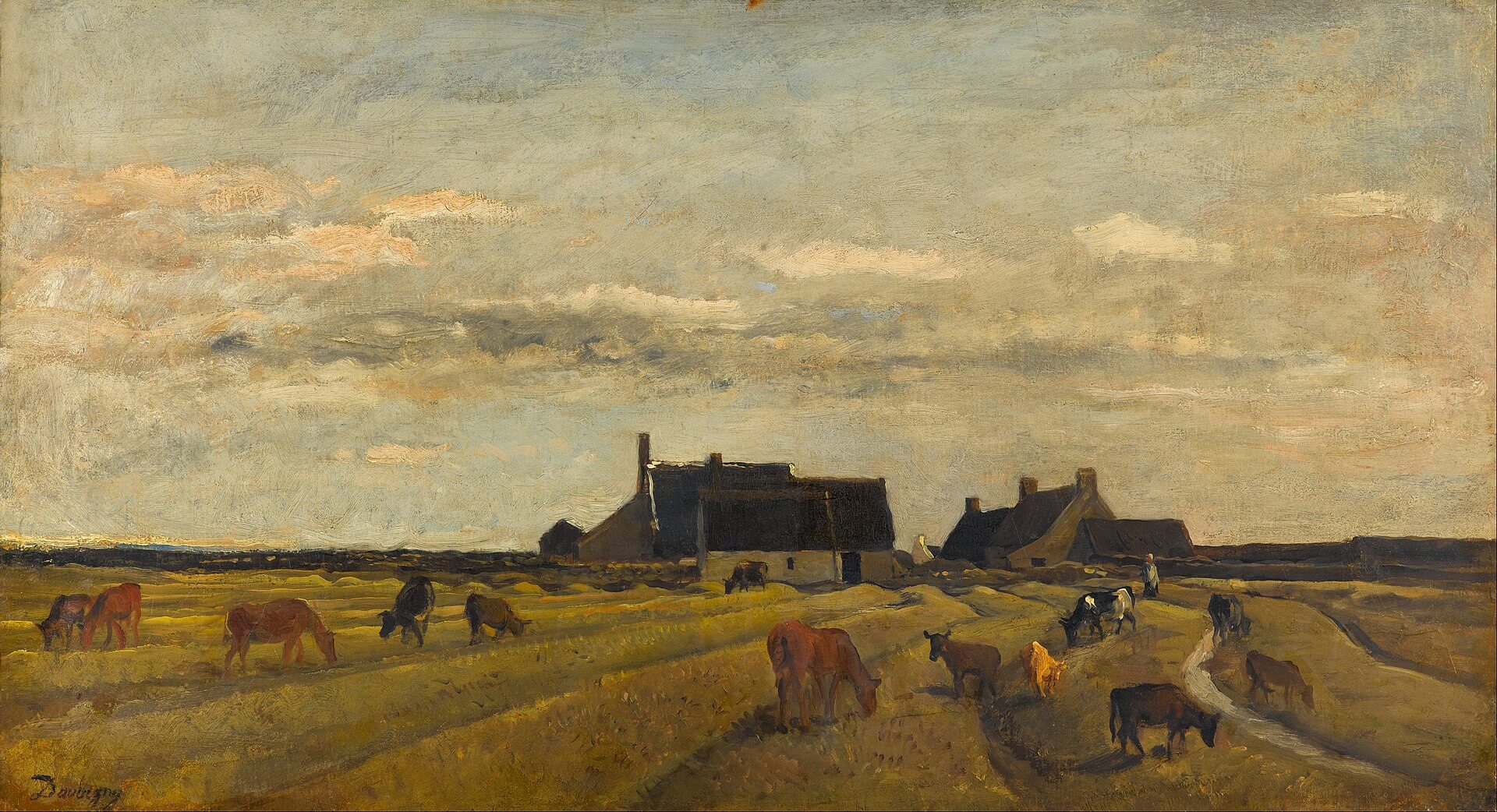 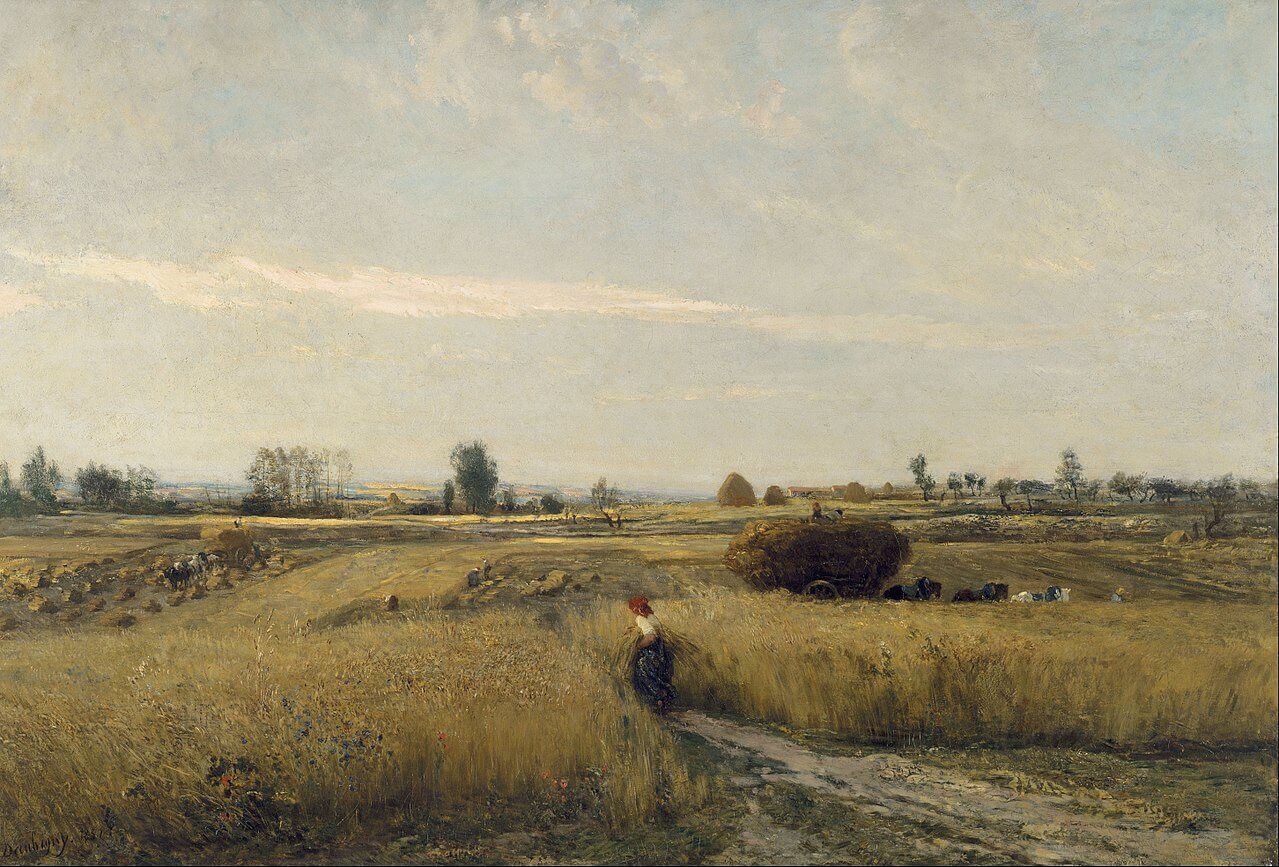 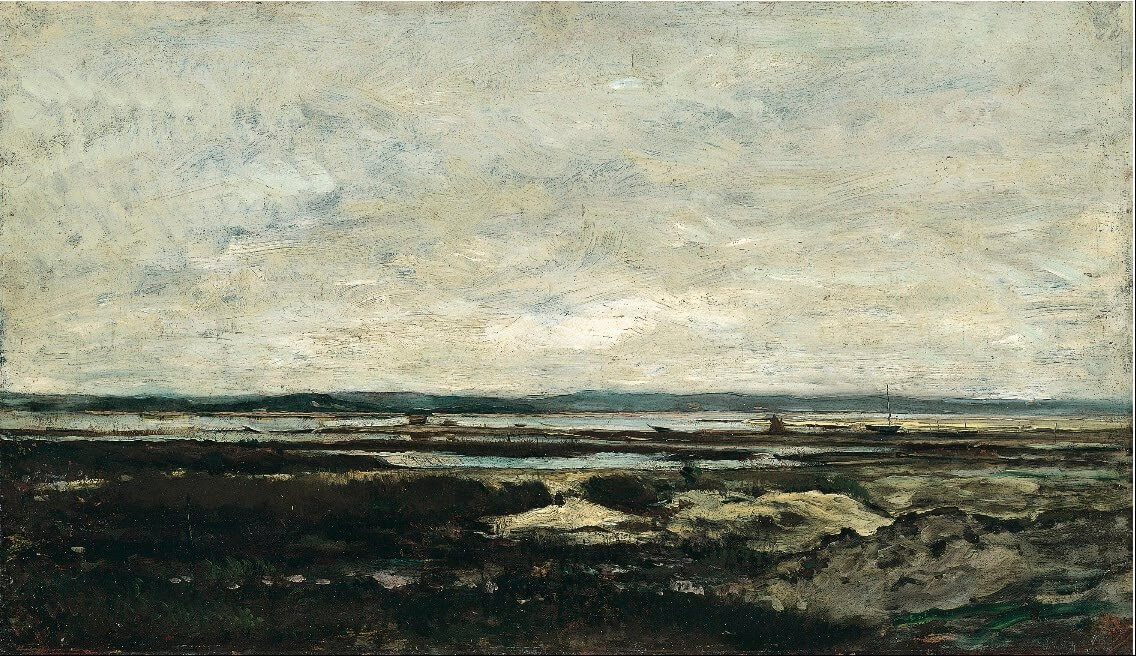 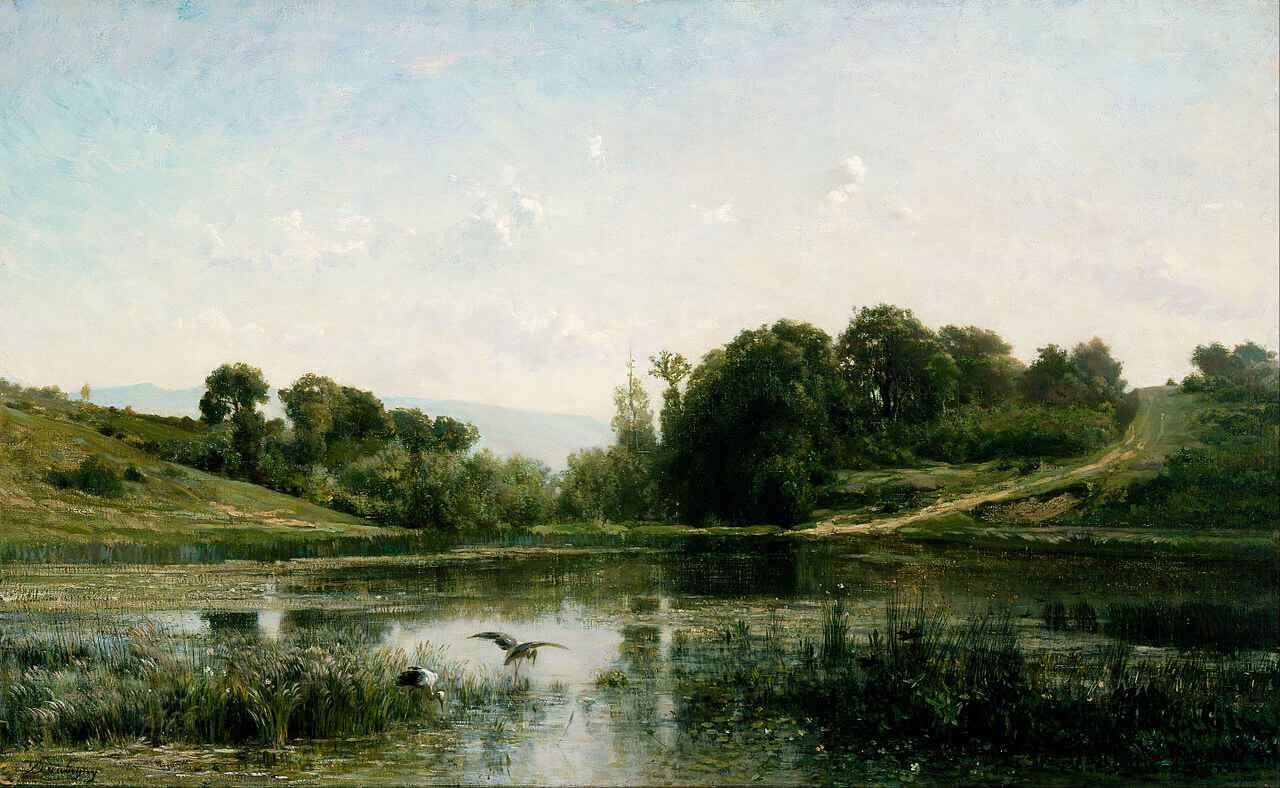