CENTRAL PARK, in New York City, comprises an oblong area in the center of Manhattan, from West 59th Street to West 59th Street and from Fifth Avenue to Central Park West. Surrounded by apartment buildings, it is New York City’s most popular park. It is third in size among the city’s parks, extending 2,5 miles (4 km) from north to south and 0,5 mile (0.8 km) from east to west. Of its 840 acres (340 hectares), 150 acres (61 hectares) are water. 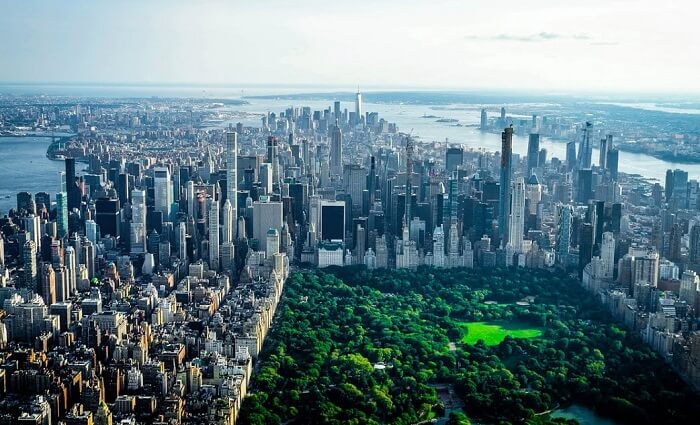 The Mail, a broad 1,500-foot (457-meter) avenue, is the scene of the free Guggenheim Memorial Concerts presented during the summer and the site of public events throughout the year. The Sheep Meadow, a large open plain off Central Park West, is the çenter of free musical performances which have drawn tens of thousands of persons. The outdoor Delacorte Shakespeare Theatre presents free performances of Shakespeare’s plays. The park’s largest lake (21.8 acres, or 8.8 hectares) has been famous for boating since 1860. Just north of the lake is the Ramble, a wilderness area threaded by paths. 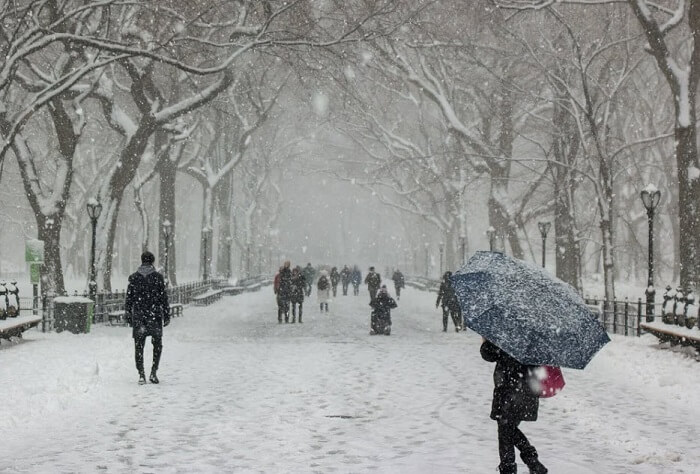 The Central Park Zoo, off Fifth Avenue at 64th Street, completed in 1934, now also includes a Children’s Zoo, where adults are admitted only if accompanied by a child. The zoo buildings are situated on either side of the Arsenal, built as a state arsenal in 1848, which now houses the city parks department. The Wollman Memorial Skating Rink’, an amphitheater for ice-skating, is near the southeast corner of the park, as is a pavilion for chess and checker playing.

At the north end of the park is the Harlem Meer, a small lake with a boathouse. Nearby are the sites of blockhouses of the American Revolution and the War of 1812 and of Fort Fisk and Fort Clinton.
The park eontains hundreds of monuments and plaques, many by world-famous artists, to the memory of statesmen, writers, and children, and even in honor of animals and birds. Others commemorate historic military events. Hundreds of varieties of plants, shrubs, and trees, many very rare, represent years of çare and add color and beauty to the walks, rambles, and promenades.

In 1844, William Cullen Bryant, editor of the Evening Post, expressed the need for a park in the face of spreading urbanization. Others joined him, and in 1853 the State legislature authorized the purchase of some 624 acres (253 hectares) of land between 59th and 106th Streets. Six years later, permission was given to extend the purchase to 110th Street. The entire cost was about $5 million. In a nationwide competition in 1858, Calvert Vaux and Frederick Law Olmsted won first prize of $2,000 for a plan for the park. Work had begun the year before, with the removal from the area of hundreds of hovels and of hog farms and bone-boiling works, and the draining of sumps, creeks, and open sewers. In the following years millions of trees and shrubs were planted, and roads, bridges, paths, and irrigation systems were built. 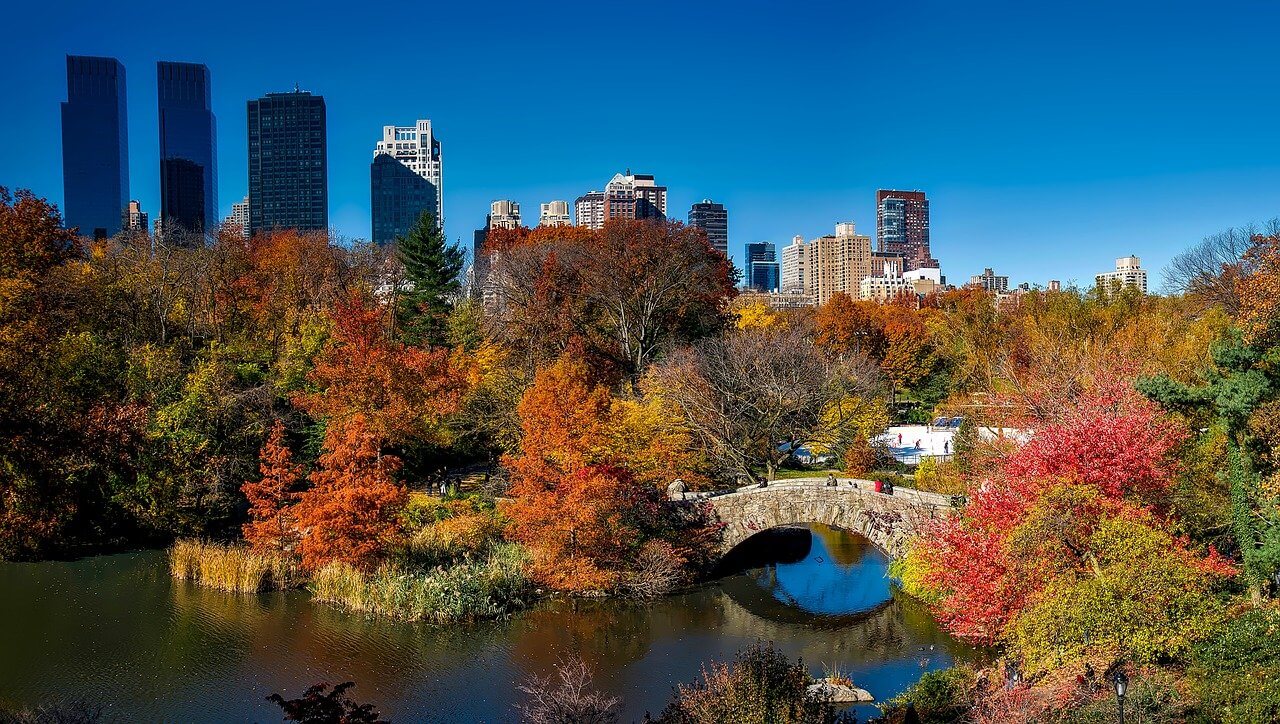 The park remains essentially as planned by Vaux and Olmsted, although some changes have taken place. Early in the 20th century, carriage roads were eonverted and paved for use by automobiles. Tennis courts and baseball diamonds were constructed. In 1925 the Heckscher Play-ground at the Southern end of the park was donated. This was the first of several private gifts, including the Wollman Memorial Skating Rink (1950) and the Delacorte Shakespeare Theatre (1963).

After Robert Moses was appointed parks commissioner in 1934, many changes were made in Central Park. A system of playgrounds for small children was created. The sheep that had grazed in the Sheep Meadow were removed and a restaurant was built in the area. A cafeteria and a terrace with tables were built in the zoo. In June 1965 the park was named a national historic landmark.