Deforestation is stripping a plot of forest plants. Forests fulfill valuable functions in nature and losing them is very damaging to the environment and also contributes to climate change, as trees sequester carbon as they grow.

Only in some very specific cases can deforestation be beneficial for the planet.

Deforestation can occur due to natural causes or because of the activities of the human being. A fire, without going any further, that produces deforestation may have its origin in man or, at least, be caused by nature, as, for example, when lightning strikes a tree. The rate of deforestation is currently too high. Forests are ecosystems that recover very slowly. Some varieties of flora species and, indirectly, the fauna that lives there, are in danger if the forest disappears. 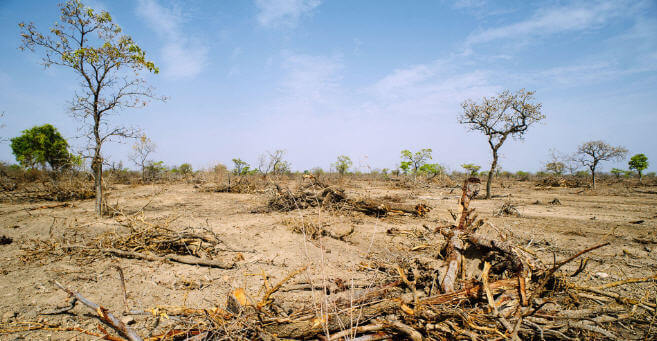 The activities of the human being are the main cause of deforestation and, also, it is the most serious cause to be avoidable. Millions of hectares are cut or burned to extract wood and other products or to convert forests into farmland. Mostly, these activities are carried out in developing countries, more dependent on wood and without adequate control over land use.

It is not about living without wood or without paper, much less without food, but forests must be managed in a sustainable manner. Hence the importance of acquiring products with the sustainable management certificate.

Sometimes, cattle ranchers devastate thousands of hectares of forest, as happens in Brazil and other countries, for livestock to feed for one or two years. Afterwards, the soil is exhausted and they have to move to another place. 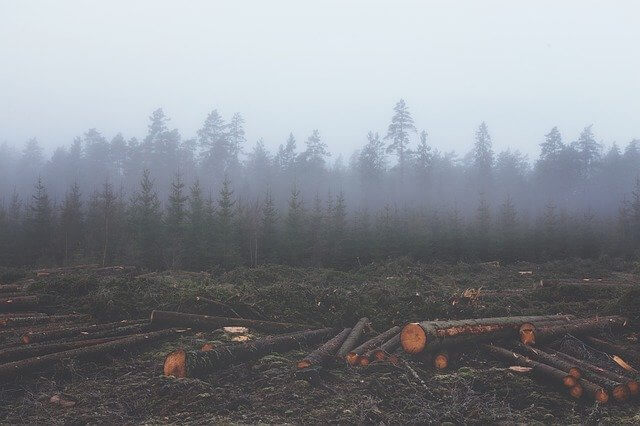 The expansion of urban centers is another cause of deforestation caused by man. More and more people live in cities while rural areas suffer from depopulation. It is constructed unrestrainedly and for this one needs space that is obtained destroying forests and jungles.

In summer, the fires end with thousands of hectares of forest. In addition, with climate change these forest fires are becoming more frequent and destructive. Australia and the United States are suffering, in recent years, terrible forest fires, in the vast majority of cases, caused by the negligence of some people. But just as tree felling is caused by man, fires are not always caused by man. Anyway, although they are natural, the damage to the environment caused by fires is enormous, apart from the deforestation itself. In the following Green Ecology article you will see the disastrous consequences of a forest fire. 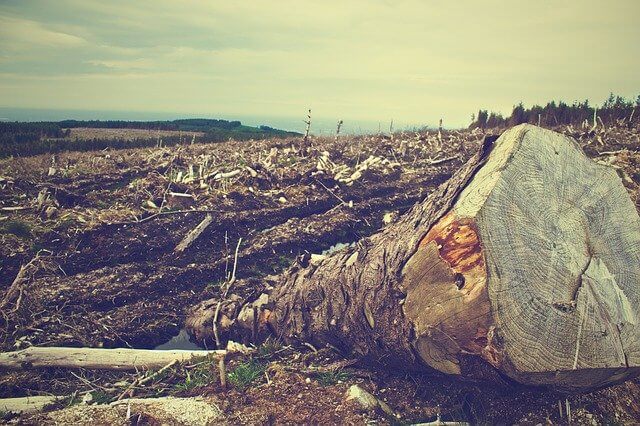 Pests and diseases of trees is another of the natural causes that cause deforestation. An extreme case is the one that is occurring in the forests of North America, where a beetle is slaughtering millions of trees.

The really serious thing is the felling without control, apart from the arson, since without a subsequent reforestation, without, in short, an adequate management of the forests. Deforestation leads to damaging ecosystems, a loss of biodiversity and aridity in the terrain. In addition, the fixation of carbon dioxide (CO2) is avoided, which is why it contributes to climate change. Deforested regions tend to soil erosion and eventually become non-productive lands. 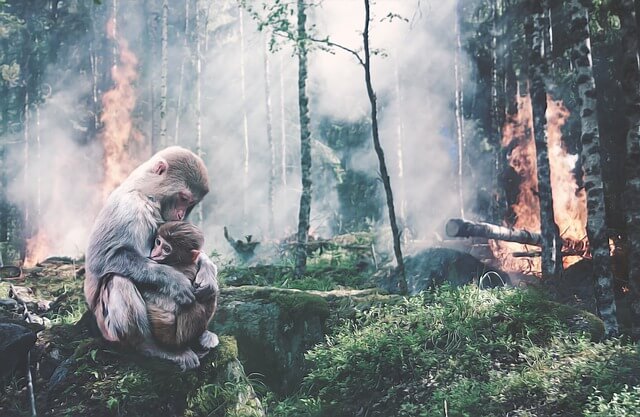 Solutions for deforestation and how to prevent it

More important than knowing the causes of the process, perhaps it is knowing what can be done to avoid it. The first great step to avoid deforestation, as in any area of ​​vital importance for the planet, is to reach a great global agreement between the governments of the whole world. Preventive and, also, restorative measures of the problem must be established.

But in the personal sphere certain actions can also be carried out. You can not avoid personal responsibility in this problem. Certain gestures, however insignificant they may seem, can help to tackle the problem. For example, paper recycling. A lower consumption of paper on the part of the population would force the producing companies to not need so much raw material.