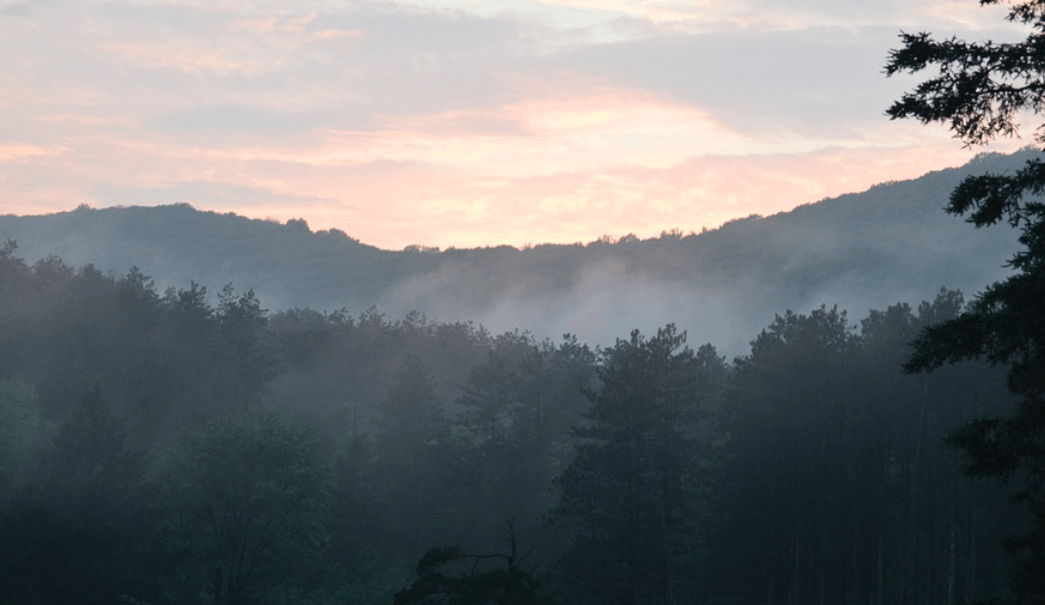 CATSKILL MOUNTAINS a group of low mountains in southeastern New York, west of the Hudson River, mainly in Greene and Ulster counties. The Catskills, a section of the Appalachian Plateaus, are characterized by bulky masses between the summits, few valleys, and deep gorges, called “cloves,” with many waterfalls. The region is drained northward to the Mohawk River by Schoharie Creek, eastward to the Hudson by Esopus, Catskill, and other creeks, and southwestward to the Delaware River by headstreams of that river, which flow from the Catskills. Ashokan reservoir, on Esopus Creek, and Schoharie reservoir are part of the New York City water supply system. Although the highest of the richly forested peaks rise only a little over 4,000 feet (1,220 meters), the sloping summits, clearly visible from the shores of the Hudson, present striking scenery. The highest peak is Slide Mountain, 4,204 feet (1,282 meters).

In preglacial times the Catskill region was a level plateau, standing above a sea that covered much of the surrounding area. The present contours of the mountains were determined by weathering, stream erosion, and outwardmoving valley glaciers associated with the Continental ice sheets of 20,000 to 50,000 years ago. The sandstones and other rocks of the Catskills, well exposed by cliffs and gorges, present geologists with significant records of the rock system of Devonian times.

The Catskills are primarily a resort area and vacationland, both summer and winter. They offer an abundance of recreational facilities, including several state camping areas, a state ski center at Belleayre Mountain, miles of trout streams, a network of hiking trails, golf courses, and resort hotels. The Catskill Forest Preserve covers approximately 700,000 acres (283,500 hectares) of which about 40% is owned by the state of New York.

In addition to its other attractions, the Catskill area is rich in history. It is dotted with historic sites such as the Senate House (1676) in Kingston, where the first session of the New York State Senate was held in 1777; the Bronck House Museum (1663), home of Jonas Bronck, for whom the Bronx, one of the five boroughs of New York City, was named; and Hasbrouck Memorial House (1712) in New Paltz, one of several Huguenot houses preserved in that city. Other places of interest are Roxbury, the birthplace of the nature writer John Burroughs and of the financier Jay Gould, and Palenville, the legendary home or Rip Van Winkle, hero of Washington Irvings short story of the same name. James Fenimore Cooper and William Cullen Bryant, as well as Irving and Burroughs, wrote extensively about the Catskills. The Hudson River schcx&gt;l of. painters, including Thomas Cole, Asher Durana, and Frederick Church, painted many Catskill scenes and held an important position in American art of the 19th century. Since 1900, Woodstock has been well known as a colony of artists, writers, and musicians.

The Catskills were discovered in 1609 by Henry Hudson as he voyaged up the Hudson River in the Half Moon. Almost within a decade the Dutch made the first settlements in the area, which they continued to hold until the English took control in the 1660’s.