Who is Caracalla? Information on the biography, life story and empire of Roman emperor Caracalla.

CARACALLA, (c. 188-217 a.d.), was Roman emperor from 211 to 217. He was originally named Bassianus, and his throne name was Marcus Aurelius Antoninus. “Caracalla” is a nickname derived from the Gallic military cloak that he introduced into Rome.

The elder son of Septimius Severus and Julia Domna, Caracalla was a pawn in his father’s struggles for the throne and consequently was named caesar (junior emperor) in 196 and co-augustus (joint senior emperor) with Septimius by 198. In 202, Caracalla was married to Plautilla, the daughter of the Praetorian prefect Plautianus, but the alliance was dissolved three years later when Plautianus fell from power. 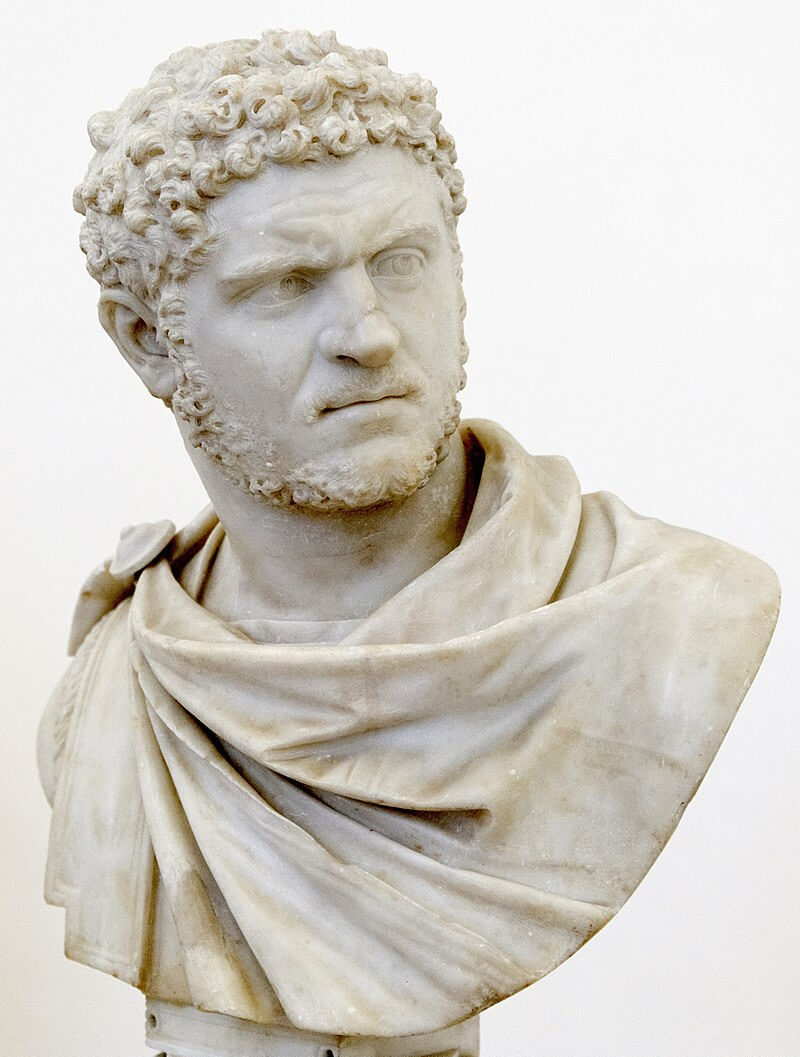 Caracalla, along with his younger brother Lucius Septimius Geta, accompanied Septimius to Britain, where Septimius died in 211. Geta, an augustus since 209, was expected to share the throne with Caracalla, but in 212 he was assassinated by Caracalla, who thereafter ruled alone.

After a campaign against the Germans in 213 and a foray along the Danube in 214, Caracalla arrived in the Middle East, where he provoked a war with Parthia in 216. In the midst of this venture he was assassinated by his praetorian prefect, Macrinus, near Carrhae, in 217.

Caracalla may not have been in complete possession of his faculties during the last years of his reign. It was said that he fancied himself a new Alexander the Great and organized a part of the army into a phalanx, a then outmoded military formation that had been used by Alexander.

Caracalla is chiefly remembered for the Antonine Constitution of 212, a measure that extended Roman citizenship to nearly every person (except slaves and criminals) within the Roman Empire. The purpose of this law was to simplify the administration of justice and possibly the tax structure. This emperor also built the famous Baths of Caracalla in Rome.