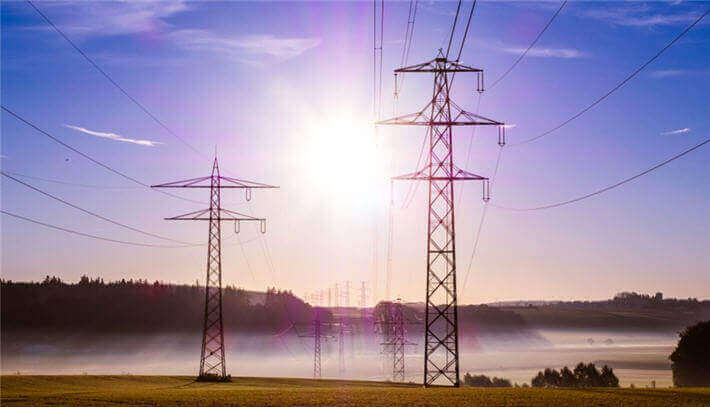 For a long time, scientists have studied transformations of energy. After doing many experiments, they have come to this conclusion: Energy can be transformed, but it cannot be created or destroyed. Scientists have a special name for this important fact. They call it the Law of Conservation of Energy. You remember that a principle of science is a statement which tells what usually happens under certain conditions. A law of science is a statement that tells how certain happenings are related. A science principle may have a few ex-ceptions, but a scientific law is supposed always to be true.

The Law of Conservation of Energy is one of the most important laws of science. It means that whenever one kind or form of energy appears, an equal amount of the other kind or some other form disappears. When food is oxidized in your body, the chemical potential energy stored in the food is released. As this energy disappears, an equal amount appears as muscular energy and heat. These are both forms of kinetic energy. No energy is gained or lost during the transformation. So the total amount of energy always remains the same.

However, the Law of Conservation of Energy does not mean that ali the energy we use is changed into the kind or form we want. No machine or other device ever gives out as much useful energy as was put in. Some energy is always wasted. Of all the electrical energy sent into an ordinary light bulb, less than 5 percent is changed into light. More than 95 percent is changed into heat, which we do not want. The kind of gasoline engine that we have in our automobiles was invented about eight-five years ago. It has been greatly improved since then, but even now it uses only about 30 per cent of the chemical energy in gasoline. The rest is wasted. Some chemical energy is never released because the gasoline is not completely burned. Much heat escapes before it can be changed into mechanical energy. Then some mechanical energy is used to over come friction and inertia in the engine. Less than a third of the chemical energy in gasoline is actually used for moving the automobile.

Another very important scientific law has to do with changes in materials. It is called the Law of Conservation of Matter, and it may be stated in this way: Matter can be changed, but it cannot be created or destroyed. This means that after any physical or chemical change, there is exactly as much matter as there was before. When water freezes or evaporates, the ice or the water vapor that is formed weighs just the same as the liquid water did. When coal is burned, or oxidized, ali the gases, smoke, and ashes that are formed weigh exactly the same as the coal and the oxygen that were used up. No matter is gained or lost during physical or chemical changes. So the total weight of matter remains the same.

When the Law of Conservation of Energy was stated, matter and energy were said tobe different.

But now scientists know that, under certain conditions, matter can be changed into energy or energy into matter. So the laws dealing with the conservation of matter and energy no longer fit ali of the known facts. To make the Law of Conservation of Energy completely true, either we must consider matter to be a special form of energy, or else we must change the law and call it the Law of Conservation of Matter and Energy. Then we can say that the total amount of matter and energy always remains the same even though the amount of each changes as one is transformed into the other.

When atomic energy is released, one kind of atom changes into some other kind or kinds. As energy appears, matter disappears. The matter that is left weighs less than before the change. Even a slight loss of weight releases a tremendous amount of energy. If just 1 pound of matter could be completely transformed, it would supply as much energy as produced by burning 3 billion pounds, or 1,5 million tons, of coal. Scientists have figured that in the sun about 5 million tons of matter are changed into energy every second! If these figures are correct, they explain why the sun can produce such enormous amounts of heat and light. Most of the sun’s energy seems to be produced when hydrogen changes into helium. These very light elements are both gases.

Here on earth scientists have succeeded in releasing atomic energy from two very heavy metallic elements, uranium and plutonium. A lump of uranium the size of a golf ball weighs about 1 pound. But its atomic energy, when released, is about equal to the energy in 200,000 gallons of gasoline. This is enough gasoline to drive an automobile 15,000 miles a year for 200 years. However, atomic energy is still too costly and dangerous to be used in running our common machines. Before it can be used cheaply and safely, better ways of controlling it must be found. Scientists have already used atomic energy to provide heat for buildings and also to produce electric current. We now have ships propelled by atomic energy. Someday we may have airplanes and space ships driven by it. Yet, for a long time to come, the sun will probably be our main source of energy.