The cause of the loss of life translates into abortions of sheep and goats. Although this disease had been eradicated from some nations, today it is considered that B. melitensis is a re-emerging pathogen, especially in the Middle East.

This disease is also prevalent in the Mediterranean, Central Asia, Africa, India, the Arabian Gulf and some Central American countries and areas of Mexico. The human can be tangentially infected with this bacterium, mainly people exposed occupationally, that is, those who handle infected animals. Also people can get sick from the consumption of contaminated dairy products.

It should be noted that of all the species of the genus Brucella, the melitensis species is the most virulent. Its pathogenic power makes it a bacterium with great potential to be used in bioterrorist attacks.

Brucella melitensis is an facultative intracellular pathogen that has three biovars (1, 2, 3). All biovars have infecting power, but they are distributed differently. Although all species of the genus Brucella are genetically related, each species is associated with the infection of different animal species.

In the case of Brucella melitensis, it mainly affects sheep and goats. Although they have occasionally been seen infecting cattle, camels, dogs and even horses, pigs and wild animals, but to a lesser extent.

The microorganism Brucella melitensis is able to remain viable for several months on various substrates. Among the most common are aborted fetuses, manure, water, dust, soil, wool, hay, fomites, among others. 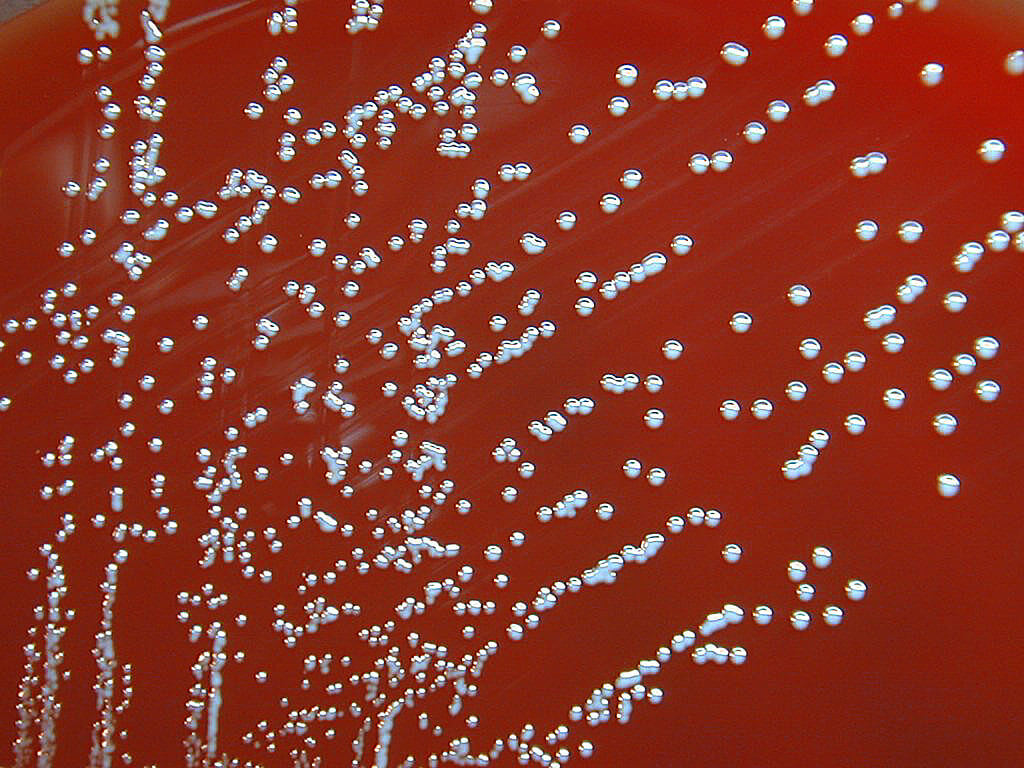 This is possible as long as the conditions of high humidity, low temperatures, pH close to neutrality and absence of direct sunlight are given. However, the microorganism is sensitive to ionizing radiation (ultraviolet light for 5 minutes), to most common disinfectants and to heat.

They are coccobacilli or gram-negative short bacilli from 0.5 to 0.7 μm in diameter by 0.6-1.5 μm in length. They are non-sporulated, non-capped, non-motile and facultative aerobes. They have the capacity to live intracellularly within the organism and multiply in extracellular culture media. They are distributed in isolation, in pairs or in groups. The colonies are small, convex, smooth, translucent, slightly yellowish and opalescent, and may take on a brown discoloration as they get older.

Strains of the Brucella genus in the laboratory initially form smooth colonies, and as subcultures are carried out they undergo antigenic variations and go on to form rough colonies.

Microorganisms at the time of producing smooth colonies are resistant to intracellular destruction by polymorphonuclear cells, ie the smooth ones are more virulent than the rough ones. On the other hand, this microorganism has two main antigenic determinants, called A and M.

Direct human contact with placentas, fetuses, fetal fluids and vaginal fluids of infected animals are the primary source of infection. As well as by ingestion of food (meat, milk, dairy products in general) contaminated or by the inhalation of aerosolized microorganisms.

The sheep continue to eliminate the organism by its vaginal fluids for three weeks after the birth or abortion. While, the goats can last 2 to 3 months releasing the bacteria in the same fluids.

The infected animals also excrete in a prolonged and sometimes permanent way the microorganism through colostrum, milk and semen. Likewise, babies that breastfeed from infected mothers can excrete the bacteria through feces.

This means that animals can be infected both horizontally (by close contact with each other), and vertically (mother to child).

The digestive system, the oropharyngeal mucous membrane, the respiratory tract, the conjunctiva and wounds on the skin serve as the entrance door.

In exceptional cases by sexual contact, since semen infection occurs mainly in artificial inseminations of animals.

Also the microorganism can be disseminated in nature through inanimate objects, as well as by mechanical transport through carnivorous animals, which can carry contaminated material when they hunt goats or infected sheep.

Once the microorganism enters the body by any route, these are phagocytosed by cells of the immune system. Not all bacteria survive, but if they are not destroyed they multiply in the endoplasmic reticulum.

They are disseminated by the blood, presenting predilection for the reproductive system of the animal and the mammary glands. They multiply abundantly in placental cotyledons and chorion, as well as in fetal fluids, causing lesions in the organ wall.

This causes an ulcerative endometriosis in the intercotyledonary spaces and destruction of the villi that cause the death and expulsion of the fetus.

Pathology and clinical manifestations in animals

Infection with Brucella melitensis in non-pregnant goats and sheep may be asymptomatic. In pregnant females it produces abortions, fetal deaths, premature births and weak offspring.

In males it can produce epididymitis, acute orchitis and prostatitis that can lead to infertility of the animal. It can also be observed, although infrequently, arthritis in both sexes.

Infection with B. melitensis in other non-usual animal species can cause the same symptoms.

At necropsy granulomatous inflammatory lesions are observed in the reproductive tract, the udder, supramammary lymph nodes, joints, synovial membranes and other lymphoid tissues.

Placentitis can be observed with edema, necrosis of the cotyledons, and a rough and thickened aspect of the intercotyledonary space.

The fetus can be seen normal looking, autolysate or with blood spots and excess fluid.

Microorganisms enter through the digestive tract, through skin or mucous membranes, where they are phagocytosed, being able to survive inside the cell, inactivating the myeloperoxidase-peroxide system.

From there they are transported to the lymph nodes and a bacteremia occurs. Subsequently there is sequestration of microorganisms in various organs of the reticuloendothelial system (liver, spleen, bone marrow).

When the PMN degenerates, it releases the microorganism, which is then endocited by another cell and this cycle repeats itself.

This explains the episodes of undulant fever, associated with the time of the release of bacteria and some bacterial components, such as lipopolysaccharides (LPS).

The release of the bacteria to the peripheral circulation favors hematogenous seeding of other organs and tissues. In short, the pathological spectrum will depend on:

The immune status of the host, Presence of underlying diseases and The species responsible for the infection, remembering that melitensis is the most virulent of all the species.
Pathology and clinical manifestations in humans
Brucellosis in humans is known by several names, including: undulant fever, Bang disease, Gibraltar fever, Mediterranean fever and Malta fever.

The onset of symptoms can be insidious or abrupt. The nonspecific symptoms are fever, night sweats, chills and malaise, severe headache, myalgias and arthralgias.

These symptoms may be accompanied by lymphadenopathy, splenomegaly and hepatomegaly. Sometimes, cutaneous lesions similar to erythema nodosum and maculopapular or papulonodular eruptions may occur.

The rippling fever owes its name to the periodic appearance of it. This fever is usually nocturnal and lasts for weeks, months and years with afebrile interspersed periods, repeating the cycles. Therefore it becomes a chronic and debilitating disease.

Among the most severe complications that may occur are: chronic fatigue, endocarditis, thrombosis of blood vessels, epididymal-orchitis and nephritis. On a neurological level: meningitis, cerebral hemorrhages, encephalitis, uveitis and optic neuritis.

On the respiratory system can be observed: interstitial pneumonitis, empyema and pleural effusion. In the gastrointestinal and hepatobiliary systems: colitis, enterocolitios or spontaneous peritonitis, granulomas and caseous hepatic microabscesses, and splenic abscesses. At the osteoarticular level: arthritis (bursitis, sacroiliitis, spondylitis and osteomyelitis).

The ideal samples to isolate the microorganism in humans are blood samples and bone marrow, tissue biopsies and CSF can also be used. The microorganism grows very slowly in vials of blood cultures incubated at 35 ° C for 4 to 6 weeks, making periodic subcultures on blood agar and chocolate. BACTEC systems can detect growth after 7 days of incubation.

Brucella melitensis does not produce hydrogen sulfide, does not require CO2 for its growth, is catalase and oxidase positive. It grows in the presence of the following dyes: basic fuchsin 20 μg, thionin (20 and 40 μg) and blue tionina 2 μg / mL.

They can be made extended from the isolated colonies and colored with modified Ziehl-Neelsen, using weak acids. Although B. melitensis is not a properly acidic alcohol resistant bacterium, under this modified technique it will be dyed red. Finally, for the diagnosis, the agglutination technique with specific antisera can be used.

The disease in animals is preventable by the application of the vaccine and the slaughter of animals with serological signs of infection.

Care must be taken that the females stop in open and dry spaces, as the closed, wet and dark spaces favor the proliferation of the bacteria. Likewise, pregnant females should be separated from the rest of the group. It is also convenient to disinfect the hatcheries, eliminate fetuses, placenta and any infected material.

In humans it is prevented by avoiding the consumption of unpasteurized milk and dairy products and without sanitary control. Veterinarians, animal caretakers, among others exposed occupationally, should take protective measures during the handling of the animals, the environment and their biological fluids.

The bioanalysts and microbiologists must work the crops under a biological security cabinet, complying with the norms of manipulation of microorganisms of Level 3 of biosecurity.

They should also avoid procedures associated with the emission of aerosols: aspiration of liquids with syringe, centrifugation of contaminated material, energetic pipetting, among others.

The animals are not treated, they are sacrificed. In humans a combination of tetracycline with an aminoglycoside or also trimethoprim-sulfamethoxazole can be used. Despite treatment and remission of symptoms, there may be recurrences.