What is the summary of the play Blood Wedding written by Federico García Lorca? Summary, analysis and the characters of Blood Wedding

Blood Wedding is a tragedy by the playwright Federico García Lorca, written in 1931. It is written in prose and verse and tells the story of a marriage that ends in death. With this work, Lorca intended to criticize marriages of convenience that were made for money. 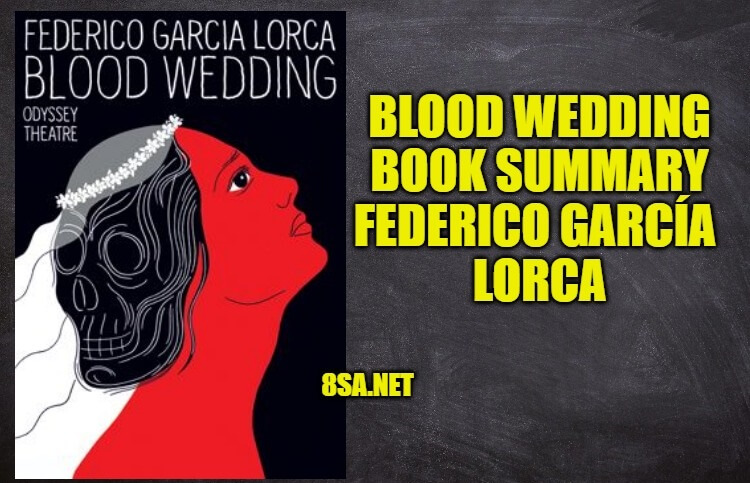 The story begins with a conversation between the boyfriend and his mother. The boyfriend says that he wants to propose to his girlfriend, and he also asks her mother for a knife, but she refuses to give it to him because she remembers the violent death of her husband and her other children. she.

The boyfriend leaves and her mother talks to a neighbor about her future daughter-in-law, since she hasn’t met her yet. The neighbor, who does know her girlfriend, tells her mother that she was the girlfriend of Leonardo Félix, the son of the family who caused the death of her mother’s husband and children. This worries her, but she decides not to give it importance because it was a crime that was committed many years ago.

Leonardo’s mother-in-law sings a song to cradle her son, which becomes an omen of what is to come:

wounded legs,
frozen manes,
inside the eyes
a silver dagger.
She went down to the river.
Oh, how they went down!
the blood ran
Stronger than water.

At the end of this first act, Leonardo finds out that his ex-girlfriend is getting married and his new wife finds out who her current husband’s old girlfriend was: her cousin.

The groom goes on a trip with his mother to ask for his bride’s hand in marriage. They must travel over a very wide terrain, since the father of the bride lives in the drylands. The bride’s father, a greedy and selfish man, accepts the groom’s proposal because the marriage will provide him with new land. The bride also accepts.

The groom brings gifts to his bride-to-be, gifts the maid wants to see when he leaves. However, the bride does not want to open the gifts and the maid, who is like a sister to her, tells her that perhaps this lack of interest is due to the fact that she, in reality, does not want to marry her boyfriend.

The maid tells the bride that around three in the morning she saw Leonardo at the window of her house, riding his horse. At night, the bride looks out the window and, sure enough, Leonardo is there, although he doesn’t realize that she was looking at him.

The day before the wedding arrives. The maid is trying out hairstyles on the bride and she, instead of being excited, is annoyed and disgusted. The maid asks what is going on and the bride admits that she does not want to marry her boyfriend, because taking her big step scares her since marriage is something definitive and, therefore, a very important decision.

Finally, the day of the wedding arrives. The first guest to arrive is Leonardo, who goes straight to see the bride and asks what he meant to her. The girl gets nervous and asks him to leave. The maid tries to interrupt the conversation, but Leonardo says: “I got married, you get married now”.

The bride and groom have already said “yes, I do” and the banquet is being held. The girlfriend tells her now husband that she is going away for a while because she needs to rest, but in reality it is an excuse to run away with Leonardo.

When the boyfriend realizes the deception, he takes his horse and goes in search of his wife and his mistress. The groom goes into the forest in the middle of the night and the Moon personifies herself and holds out her hand, saying the following:

Who is hiding? Out I say!
Nope! They won’t be able to escape!
I will make the horse shine
a diamond rush

Thus, the Moon illuminates the entire forest so that the groom can see better. The two fled lovers appear and the bride confesses that she does not want to return to the groom, and she will only go with him if she is forced because she, in reality, loves Leonardo and only her death could separate her from him. the. After this confession, they disappear.

Offstage, piercing screams are heard and a beggar appears, symbolizing death. The beggar goes to the house of the couple and says that she has found two dead men in the woods.

In the end, the bride covered in blood appears at her mother-in-law’s house and says that she has gone to be killed for her sins but that, despite having fled with Leonardo, she is still honest and had left carry for him The mother-in-law forgives her and hugs her, crying over the tragedy of her blood wedding.