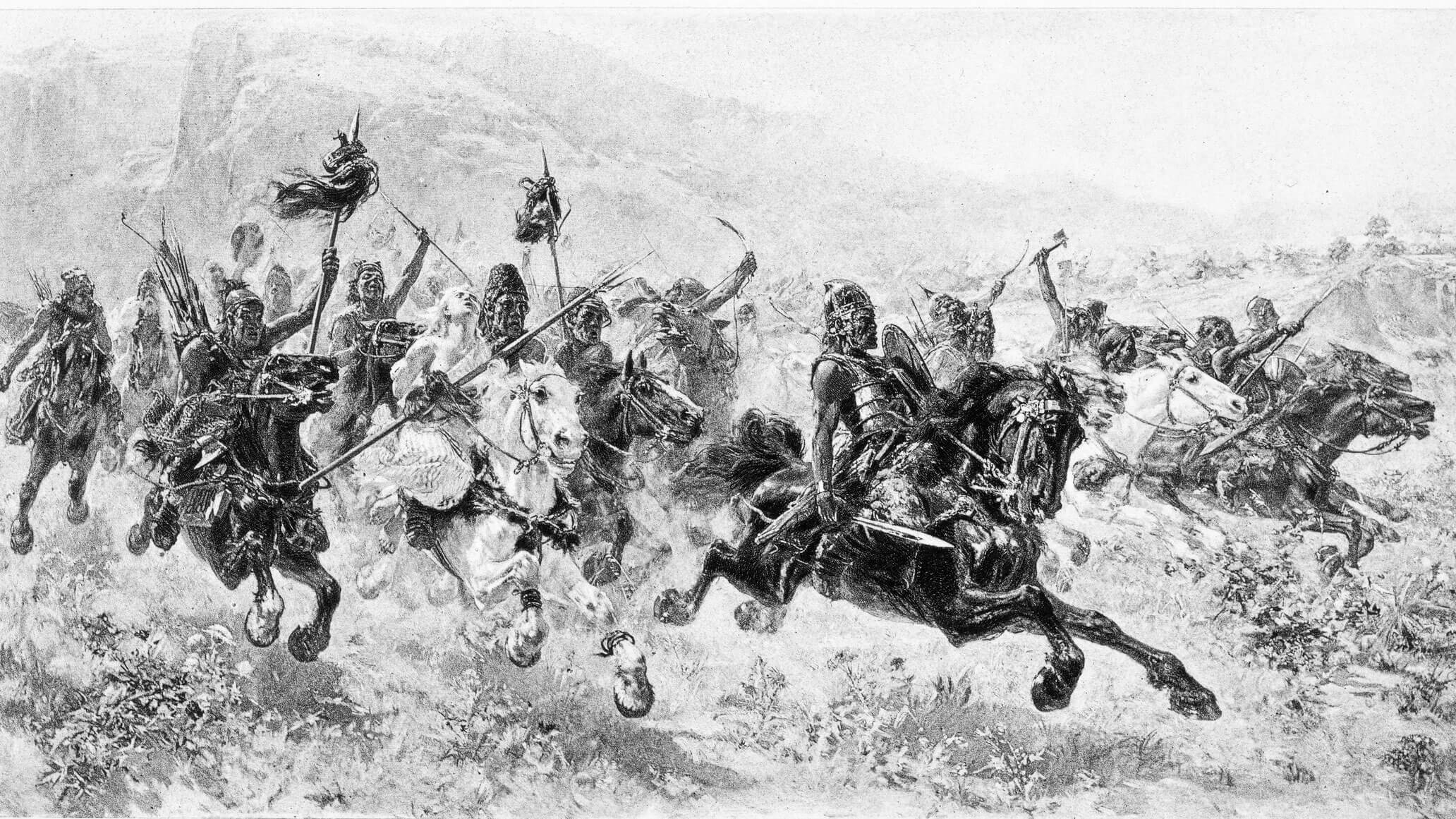 In 445 Bleda was perhaps assassinated by Attila himself, who became the sole king of the Huns and tried to unite under his leadership all the tribes of his race and also to other allied barbarian peoples.

Coming from Tartary, it occupied much of southern Russia, Ukraine, and the Danube basin, and made repeated raids of looting into Roman territories. Unable to counteract the momentum of his troops, the emperors of the East and the West had to make a pact with him. 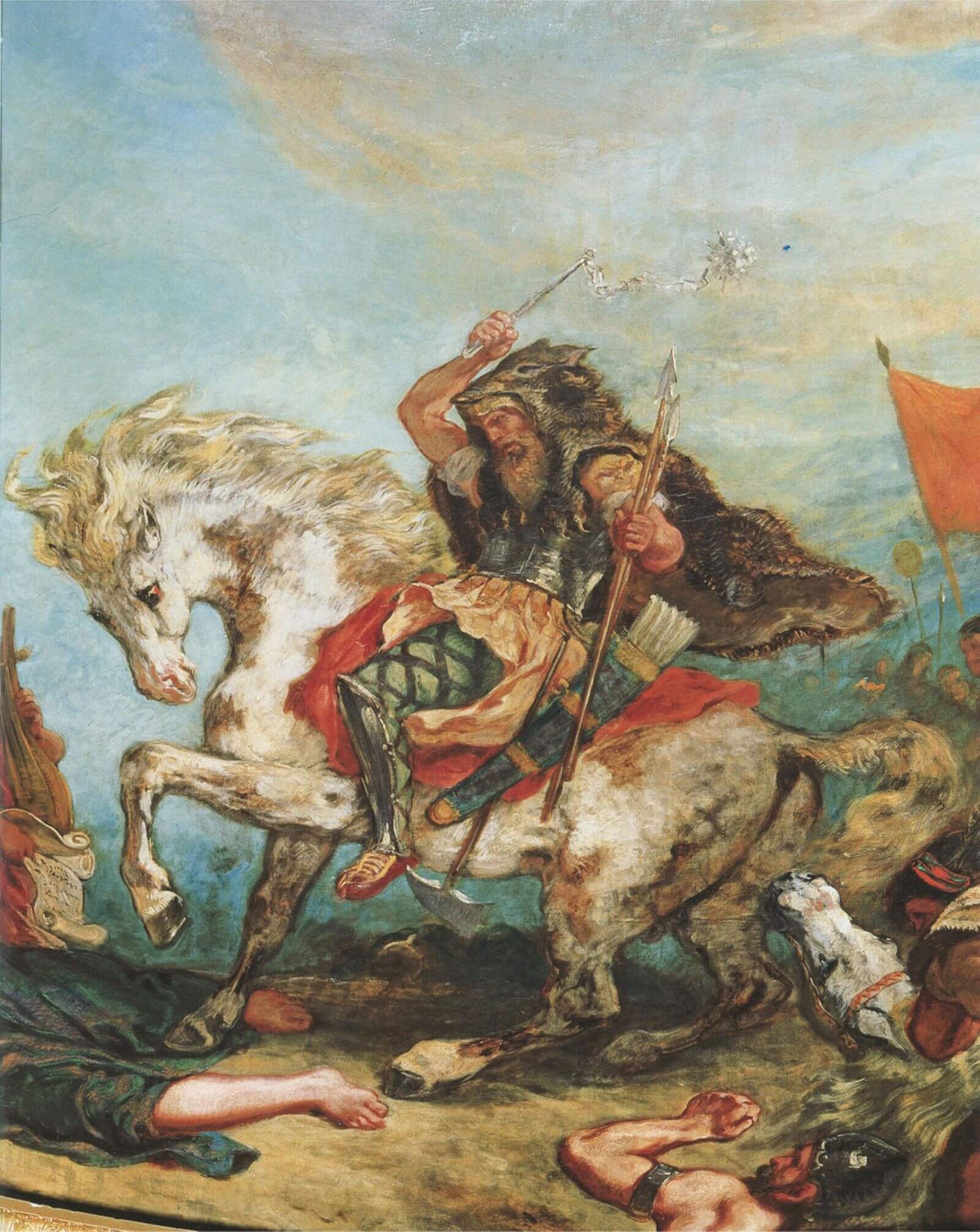 Valentinian III, in the East, paid him general pay as if he were part of his army. But he opposed Attila’s claim to marry Honoria, the emperor’s sister, and the Huns razed the territories of the Eastern Roman Empire.

For his part, Theodosius II, Emperor of the West, paid him a tribute in gold in exchange for peace. But his successor, Marciano I, refused to uphold this practice. By then Attila and his troops were in Gaul, where the cruelty of their raids earned the King of the Huns the nickname “Scourge of God.” It is also said that Othar, the name of Attila’s horse, “where he stepped, the grass did not grow again.” The Emperor Martian sent General Aetius to prevent Attila’s advance towards Italy, and the Roman troops succeeded in lifting the siege of Orleans.

In 451 Aetius assembled an important army with the collaboration of the Frankish king Meroveo and the Visigoth king Theodoric, and faced the Huns in the battle of the Catalan Fields, near Châlons-sur-Marne. Attila was defeated, but with the remains of his army he crossed Italy destroying everything in his path and arrived at the gates of Rome. Only the personal intervention of the elderly Pope Leo I could prevent him from destroying the city. 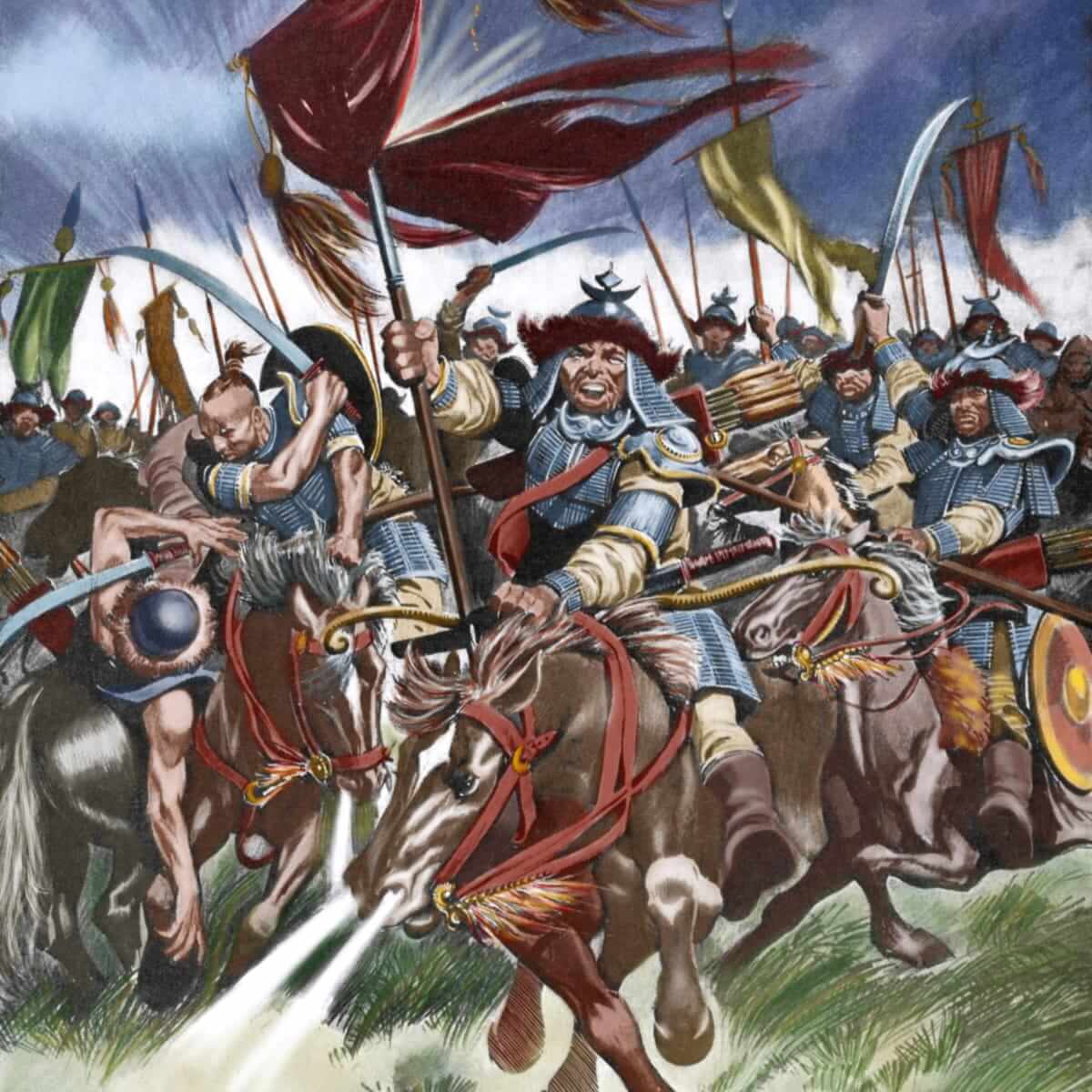 Later he retired to his territories in Pannonia, in present-day Hungary, but in the last years of his life he returned to Italy and sacked the valley of the Po River. After his death the disagreements of his successors and the diversity of the peoples that he gathered under his command determined the disintegration of the power of the Huns.

Attila had Ildico, a German princess, as his last wife and left as descendants his six children: Csaba, Dengizik, Elak, Ernakh, Eitil and Erp.