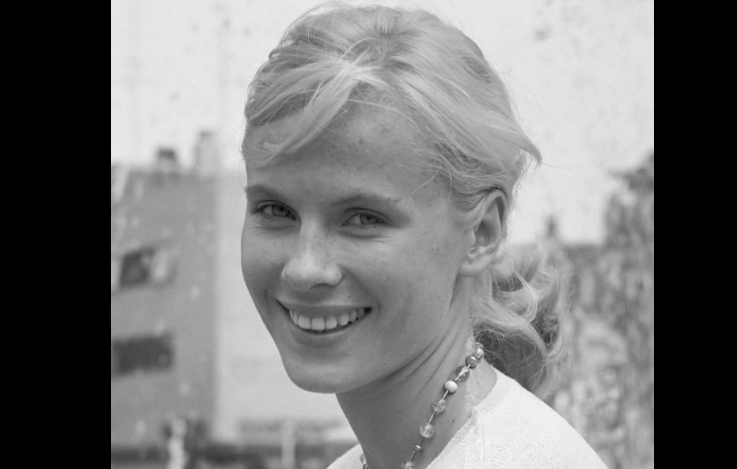 Bibi Andersson, whose full name was Berit Elisabeth Andersson (Stockholm, Sweden, November 11, 1935-Ibid, April 14, 2019), was an actress and director of film, theater and television. His career was closely linked to the Swedish director Ingmar Bergman. Together with Liv Ullmann, Ingrid Thulin and Harriet Andersson, she was one of the muses of the Swedish director. He participated in many of Bergman’s great classics such as Wild Strawberries, Person, Secrets of a Marriage or The Seventh Seal.

Bibi Anderson died at 83 years old. Actress Liv Ullmann explained to a Swedish media that the last time she saw her they sang “Tuppen og Lillemor” together.

In 1951, he began his cinematographic career with the director Ingmar Bergman, in the production of a commercial for a detergent. Its first cinematographic paper interpreted it in 1953 next to the actor Nils Poppe in the Dumbon tape.

He studied acting at the Terserus teaterskola, then, between 1954 and 1956, studying at the Royal Dramatic Theater in Stockholm (Dramaten), later participating as an actress at the Malmö Theater (Malmö stadsteatern), under the direction of Ingmar Bergman until 1959. Simultaneously, he participated in the films Wild Strawberries (1956) and The Seventh Seal (1957) by the same director, films that launched her to stardom. In 1962, he joined the cast of the Uppsala Theater (Uppsala stadsteatern) for one year, returning to the Royal Dramatic Theater in Stockholm the following year. In 1966, he starred in the film Persona and in Anna’s Passion in 1970.