Benjamin Harrison was the twenty-third American president. He was a Civil War hero and the grandson of the former president, William Henry Harrison. 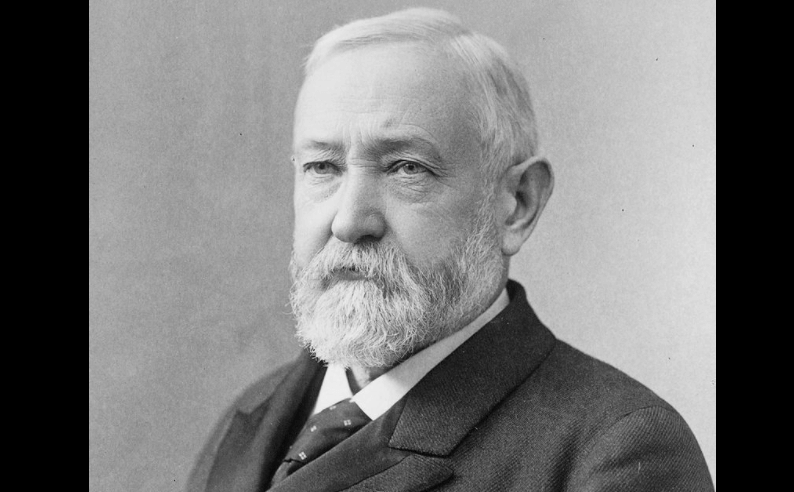 He served a term, but lost the election for a second term due, in part, to his high spending habits.

Benjamin was born along the Ohio River, near Cincinnati. His family was well known, but they were not rich.

Benjamin was seven years old when his grandfather became president. He was not allowed to attend the opening ceremony.

After attending local schools for much of his education, Benjamin enrolled at Farmer’s College when he was fourteen. It was there that he met his future wife.

Benjamin graduated from his studies in 1852, and finally returned to Cincinnati to study law. He was the apprentice in Storer and Gwynne’s office.

Moved by a call for more troops, Benjamin volunteered for the Union Army during the Civil War. He was able to stay out of active battle until 1864, when he joined the Atlanta Campaign.

While still serving in the military, Benjamin was chosen as the reporter for the Indiana Supreme Court. It was a position he had before, and allowed him to establish connections and build his reputation.

Harrison ran several times to the Indiana governor’s office. He was defeated each time, but his influence continued to grow.

1881 The Senate of the United States

Mr. Harrison became a US Senator. UU In 1881. He served for six years, working to improve the living conditions of veterans and war widows.

Harrison did not win the nomination to run for president immediately, but eventually his name reached the top of the list. He ran against President Grover Cleveland, who had won the previous election, and Harrison won.

Working with a surplus in the treasury due to high tariffs or taxes, there was much debate about what should be done with the money. While he was urged to reduce taxes, Harrison chose to use the money to help war veterans and their widows, as he had done in the past.

In 1891, the Land Revisions Act of 1891 was passed. It allowed the government to reserve public lands as preserved national forests. President Harrison authorized the first forest reserve, located near Yellowstone Park.

President Harrison was deeply criticized for the excessive spending of the treasure surplus, and because his wife was ill and eventually died, he could not campaign for his re-election. He lost the election to former President Grover Cleveland.

Harrison remarried in 1896 and died a few years after the flu. He was sixty-seven years old.