Battle of Trenton; an action of the American Revolutionary War at Trenton, N.J., on Dec. 26, 1776. This was one of the most important contests of the war, for here George Washington’s army emerged from perhaps the darkest moment of the struggle to a victory that gave new life to the patriot cause. November and early December, 1776, were days of gloom for Washington, as his army, dwindling from desertions and expiring enlistments, abandoned New York, crossed the Hudson, and fell back through New Jersey, with British Gen. William Howe’s forces nipping at his heels. “These are the times that try men’s souls,” wrote Thomas Paine in The Crisis. After gaining momentary safety beyond the Delaware River, Washington penned his now famous letter to a relative in which he confided: “If every nerve is not strained … I think the game is pretty near up . . . .”

During the previous month the commander in chief had been at a low ebb—”mentally exhausted and incapable of swift and sound decision,” in the words of his biographer, Douglas S. Freeman; but now he launched what is sometimes called his best-executed campaign of the war. His army augmented by additional Continental and militia units, Washington decided to mount an offensive against scattered British outposts along the Delaware in West Jersey. (Howe, acting in the European tradition of warfare, had declined to wage a winter campaign and had garrisoned the bulk of his army in the New York City area.)

Washington proposed to lead 2,400 troops across the river and assault Trenton from the north; he planned to begin his move on Christmas night and to be in position to attack the Trenton garrison, composed of 1,500 Hessians under Col. Johann Rail, at dawn of the 26th. Meanwhile, other American forces under Gen. James Ewing and Col. John Cadwalader were to traverse the river below Trenton; their assignment was to tie down and, if possible, defeat the 2,000 German troops stationed at Bordentown. 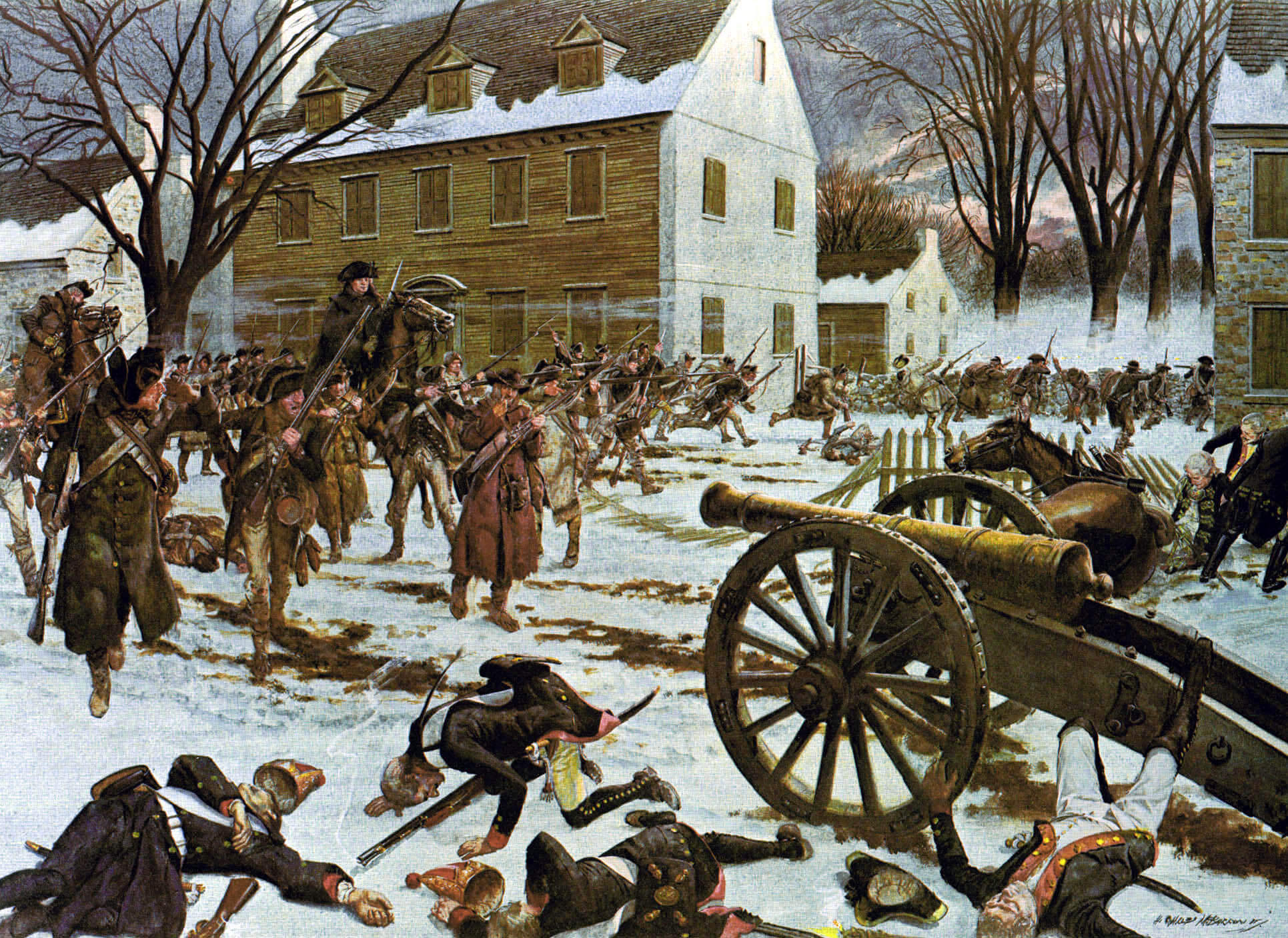 The plan was involved, but Washington carried out his part perfectly. Despite strong winds and treacherous ice floes, Col. John Glover’s Marblehead, Mass., fishermen managed to ferry the ragged army across the river. At 3 a.m. the nine-mile march to Trenton began. Halfway there, Washington divided his column: one wing under Gen. John Sullivan set out along a road following the river; Washington accompanied the second wing, led by Gen. Nathanael Greene, which skirted to its left in order to enter the town from the northeast.

When the Americans attacked, the enemy was taken almost completely by surprise. Sluggish after a festive Christmas night, they tried unsuccessfully to form in the streets and offer serious opposition. Their confusion was heightened by a driving sleet and the roar of Col. Henry Knox’s American artillery. Soon after Colonel Rail fell mortally wounded all Hessian resistance ended. 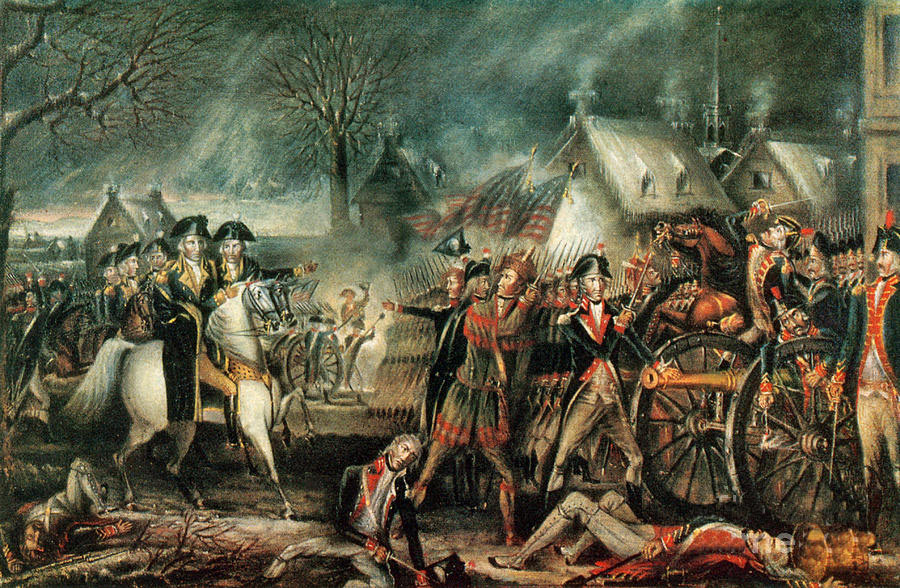 Even though hazardous conditions had kept Ewing and Cadwalader from getting over the river and menacing Bordentown, Washington’s achievement was highly significant. In an action lasting no longer than 45 minutes, Washing» ton took 918 prisoners, 1,200 small arms, ana large quantities of supplies. Hessian losses also included between 25 and 30 dead, while Washington reported that not a single American was killed in battle and only a handful were wounded.

Most important of all, Trenton gave a mighty boost to the sagging morale of the patriots. The cause was far from lost! Washington himself had displayed vigor and imagination. Henceforth, he increasingly waged a slashing, mobile kind of warfare. Frederick the Great, studying the encounter at Trenton and Washington’s subsequent move against Princeton and his march to safety into the New Jersey Highlands, called these winter maneuvers the most brilliant campaign of the century.