Who is Bacchus? The myth of god of wine Bacchus (Dionysus) Information on the story and facts of Bacchus.

Bacchuss (Dionysus); in Greek and Roman mythology, the god of wine, known originally to the Greeks as Dionysus and later to the Romans as Liber. He was also the god of vegetation and of fertility, and in these offices he was worshiped perhaps as widely as Apollo. It was as the god of wine, however, that Bacchus was uniquely important, and in this capacity he represented at once the intoxicating and the beneficial influences of wine. Thus, his worship could lead to riotous revelry or debauchery (see Bacchanalia), or it could encourage the promotion of civilization and culture. The festivals in his honor at Athens gave rise to the earliest Greek dramatic performances, so that Bacchus is regarded as the father of Greek drama. 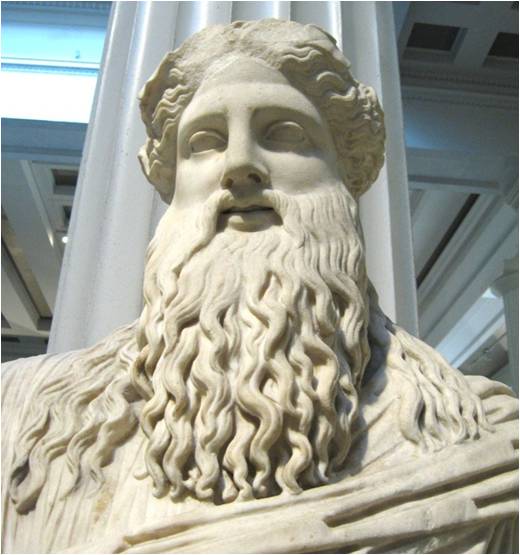 Bacchus was the son of Zeus (Jupiter) and Semele, daughter of King Cadmus of Thebes, whom the god had courted in human form. Jealous of her husband Zeus’ love for Semele, Hera (Juno) persuaded Semele to ask Zeus to appear before her in all his godly majesty. Zeus consented, and when he came before Semele amid thunder and lightning, she was burned to ashes. Bacchus, who was born prematurely, was saved by Zeus, who sewed him up in his thigh. A few months later, Bacchus had his second birth on Mount Nysa, once thought to have been in Thrace, but subsequently regarded as an imaginary place.

At Nysa, Bacchus was reared by nymphs, shepherds, and satyrs, and at some time in his development he learned the secrets of cultivating grapes and making wine. As a youth he was educated by Silenus, the oldest of the satyrs and the son of Pan, a wise, genial, old man given to bouts of drinking. In painting, Bacchus is often portrayed in the company of the satyrs, with Silenus at their head, who play the flute for his amusement and pour his wine.

On reaching manhood, Bacchus was rendered insane by Hera, who feared his newly discovered powers. Leaving Nysa, he traveled east and came to Phrygia, where the goddess Rhea cured him and taught him her religious rites. On the island of Naxos he met and married Ariadne, who had been deserted there by Theseus. Legend has it that Bacchus spent several years in India, where he taught the arts of cultivating grapes and making wine. On his return to Greece, he was accepted with enthusiasm, especially by women, and centers of his worship sprang up in Thrace, Thebes, Delphi, Athens, and in Asia Minor.

Like Apollo, Bacchus could be both a benevolent and a wrathful god—indulgent to those who accepted his rites or sought his counsel, vengeful to those who spurned him. For example, in Thebes, where his cousin Pentheus was king, the worship of Bacchus was forbidden at first. The women of Thebes, however, ignored the prohibition. During a celebration, Pentheus was torn to pieces by Agave, his mother, and Autonoe and Ino, his sisters, who in their frenzy had mistaken him for a wild boar.

In time the worship of Bacchus was regularized in Greece, and a cycle of festivals was held in his honor, beginning in December and ending in March. Essentially, these festivals had to do with the ritual of opening casks of new wine and were accompanied by general merriment and amnesty. Slaves and prisoners were set free, and the goods of debtors could not be seized. Drinking contests were held, and there were competitions in drama. In later times, when the worship of Bacchus was introduced into Rome, the festivals became so violent and licentious that in 186 b.c. they were outlawed by the Senate.

In his most typical representations, Bacchus was a youthful god—handsome, beardless, with long hair, and wearing vine leaves or ivy on his head. Many pictures show him riding on a panther or lion and carrying a thyrsus (a rod with a pine cone at the top). Sometimes he was depicted wearing the skin of a stag and with horns on his forehead.