Arthur James Balfour; (1848-1930), British statesman and philosopher, who was prime minister of Britain and author of the Balfour Declaration favoring a Jewish national homeland in Palestine.

He was born into a family of highly educated aristocrats at Whittingham (now Whittingehame), East Lothian, Scotland, on July 25, 1848. He was educated at Eton and Trinity College, Cambridge, and entered the House of Commons as a member from Hertford in 1874. From 1878 to 1880 he was private secretary to his uncle, Robert Gascoyne-Cecil, 3d marquess of Salisbury, at the Foreign Office. After the general elections of 1880, through which he retained his seat by only a small majority, he became active in the Conservative cause. 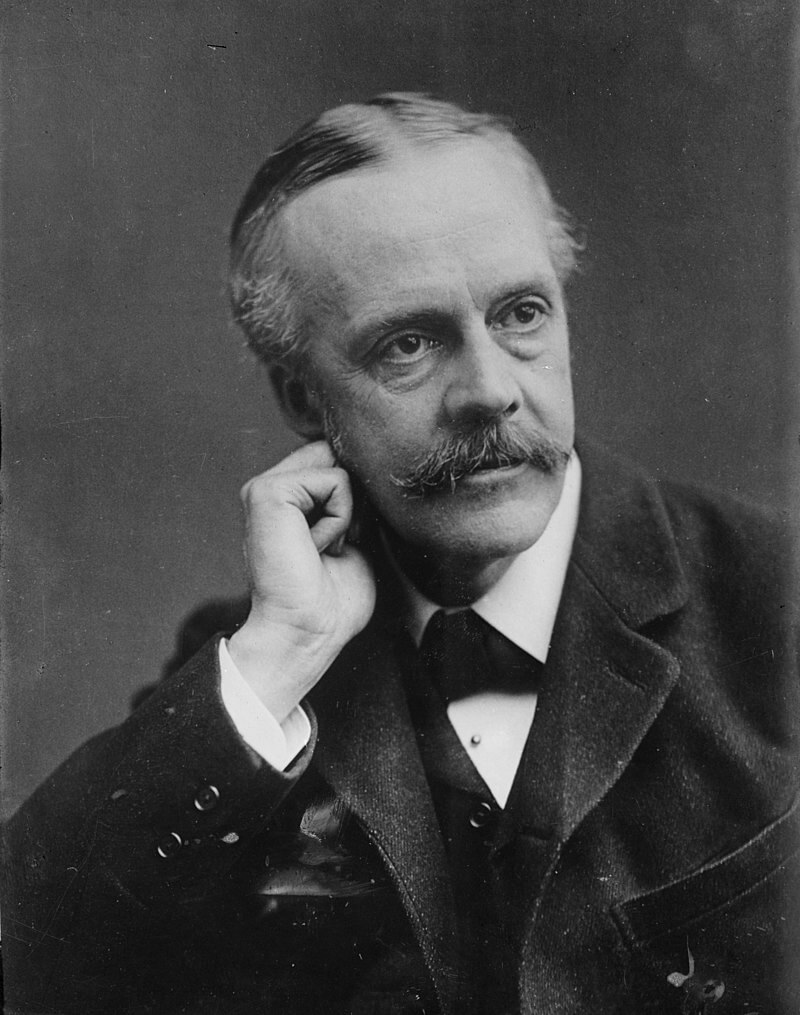 In the general elections of 1885, Balfour was returned for East Manchester, the constituency he represented until 1906. He became secretary of Scotland in 1886 and attained cabinet rank the following year. Becoming Irish chief secretary in 1887, he administered the repressive Irish Crimes Act with such vigor that he earned the epithet “bloody Balfour.” He nevertheless succeeded in passing several ameliorative measures which later culminated in the Land Purchase Act of 1904. Succeeding William Henry Smith as first lord of the treasury and leader of the House of Commons in 1891, he led the opposition during the Liberal administration of 1892 and regained his former place in the government when the Unionist party returned in 1895.

On the resignation of his uncle, Lord Salisbury, in July 1902, Balfour succeeded him as prime minister, retaining this position until his resignation on Dec. 4, 1905. In the elections of 1906, his party collapsed, and he lost his seat for East Manchester. He was immediately returned for the City of London, however, and remained at the head of the opposition until 1911, when he relinquished his position to Andrew Bonar Law.

In June 1915, after a series of Allied disasters in World War I, Balfour was one of the “elder statesmen” invited to join the national ministry formed by Herbert Henry Asquith. In the redistribution of cabinet posts Balfour succeeded Winston Churchill as first lord of the admiralty. On the reorganization of the coalition cabinet in 1916, with Lloyd George as prime minister, Balfour was given the portfolio of minister of foreign affairs, and in April 1917, when the United States entered the war, he visited America as head of the British commission to the United States. In November of that year he issued the famous Balfour Declaration that promised a national homeland for Jews in Palestine, a project that he had long been interested in and that finally took shape at the Peace of Versailles.

Balfour was the chief British representative to the League of Nations Assembly in 1920 and the Washington Naval Disarmament Conference in 1921-1922. Although he was remarkably alert until the end of his life, he resigned from the government in 1922. That year he was made Knight of the Garter and elevated to the peerage as 1st earl of Balfour and Viscount Traprain. Recalled to government by Prime Minister Stanley Baldwin, Balfour served as lord president of the council from 1925 to 1929. He died at Fisher’s Hill, near Woking, on March 19, 1930.

Balfour’s earliest book, A Defence of Philosophic Doubt, appeared in 1879. In it he maintained that a dispassionate skepticism of science toward religion should produce a similar skepticism toward science itself. Amplifying his philosophic position throughout his life, he denied that he was undermining rational values with philosophic doubts, asserting that men, including philosophers, believe a great deal and that the task is to find the assumption on which “we may believe it most reasonably.”