Aristophanes; (c.450-c.385 b.c.)  was the most important Greek comic dramatist and one of the greatest comic playwrights of all ages. Little is known about his life except that he was of Athenian parentage and either lived or owned land on Aegina, an island near Athens in the Saronic Gulf.

Aristophanes composed about 55 comedies, of which only 11 plays and about 985 fragments remain. Of his work for the Attic state festivals honoring Dionysus (Bacchus), the Greek god of wine, 4 plays achieved the first award, 3 took second place, and 1 received third place. 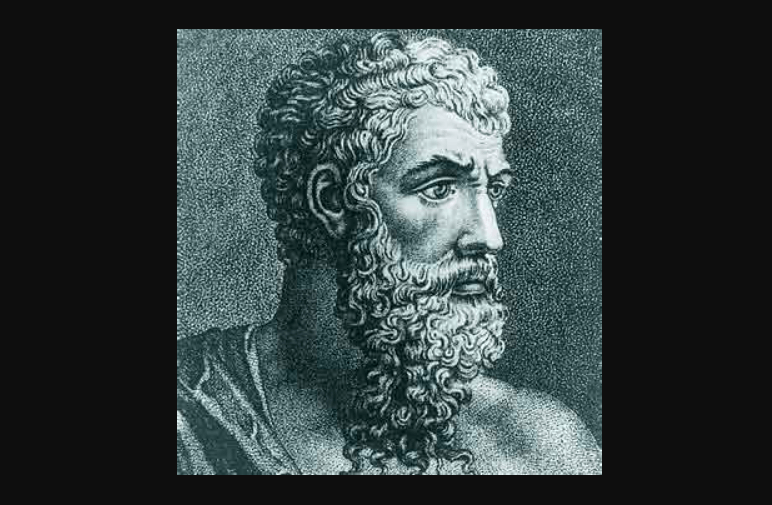 Aristophanes’ comedies are valuable aids to an appreciation of the Athenian culture of the late 5th century b.c., when Athens’ participation in the Peloponnesian War affected Hellenic civilization as much as World War I influenced 20th century life and manners. But the reader must cautiously weigh the criticisms of a poet whose main purpose was to make people laugh. Aristophanes’ writing is flavored with coarse invective, conservative prejudice, championship of rural life, animosity toward urban society, irresponsible lampoonery, and inconsistent buffoonery. Utilizing satire, he denounced new trends in education, literature, music, theology, philosophy, science, and politics, and he denounced or ridiculed personalities behind these innovations.

The Acharnians (425) is the first extant comedy and, like many of its successors, is named for its chorus. It deals with the fancy of a militant pacifist who constructs a private peace for himself while his state is at war. The Knights (424) assails Cleon, the radical demagogue, and confronts him with Agoracritus the sausage seller, a scurrilous ruffian. The Clouds (423) grossly caricatures Socrates as the representative of sophistry, atheism, and the new education, with the chorus of clouds symbolizing the mistiness of new thought. The Wasps (422) satirizes the huge popular courts buzzing with 500 to 2,000 jurors, who irresponsibly judge both law and fact according to their pleasure and the orators’ persuasiveness.

The play has many scenes of pure farce, as it depicts the conduct of cases in a court that has been instituted in a private house. The Peace (421) further develops pacifist protest against the Peloponnesian War by showing how farmers and other persons of good will extricate the personified Peace, who has been buried out of sight, and marry her to their leader, who has ascended to heaven on a beetle in order to find a way of ending the war. The Birds (414) sought to discourage the disastrous Athenian expedition to Sicily that took place at the time. The birds, who are the Athenians, are persuaded to construct the celestial city of Cloudcuckootown, which will sever the gods from connection with men and restore the birds as sovereigns over the earth.

Lysistrata (411) again assails the war, by demonstrating how the women plot to bring about peace by denying their husbands sexual relations during the war’s duration. The Thesmophoriazusae (411) is a licentious portrayal of women celebrating Demeter’s (Ceres’) festival. It ends as a satire against Euripides, and condemns him for the misogyny in his tragedies. The Frogs (405) shows Dionysus searching in Hades for a tragic poet, since those on earth are worthless. Aeschylus contends with Euripides in a literary contest in which they exchange well-known verses and parodies. Aeschylus wins and returns with Dionysus, who seats Sophocles on the tragic throne of Hades during Aeschylus’ temporary absence. Euripides is contemptuously dismissed.

The Ecclesiazusae (393 or 391) portrays the Athenian women’s seizure of the popular assembly and the establishment of communism and of a community of wives, thus parodying the political theories found in Plato’s Republic. The Plutus (388) tells how Plutus (Ploutus), the blind god of wealth, regains his sight by incubation in a temple of Asclepius (Aesculapius), the god of medicine, and shows the comic consequences when Plutus then visits only honest men. This is the last extant play of Aristophanes, and it has no chorus. An earlier edition (c. 408) is supposed to have had political allusions to the riches which Alcibiades’ naval victories restored to Athens.

Aristophanes’ genius has many facets. His choral passages win him a high place among poets. As a dramatist, he is superb in caricature, parody, travesty, burlesque, wit, pun, farce, and invention of comic situations. Since he is an intellectual playwright, his comedies have little humor emanating from the emotions. Hampered by the theatrical tradition of his time, his plots are weak in construction, and his characters, though brilliant as types, lack individuality.

No formal translation can recreate the atmosphere of an Aristophanic comedy—the cumulative hilarity of the exuberant rush of puns, surprises, and topical allusions. Only an impressionistic and viva-voce version, compact with up-to-date analogies and equivalents, can approximate Aristophanes’ effects; but such a rendition, if printed, almost at once loses its flavor and becomes more obsolete than the original plays themselves.