Anthony Adverse; is a historical novel by the American author Hervey Allen, published in 1933. Incorporating almost every device associated with costume romances, the novel wanders, in pursuit of its picaresque hero’s affairs, from Spain to Africa to New Orleans. 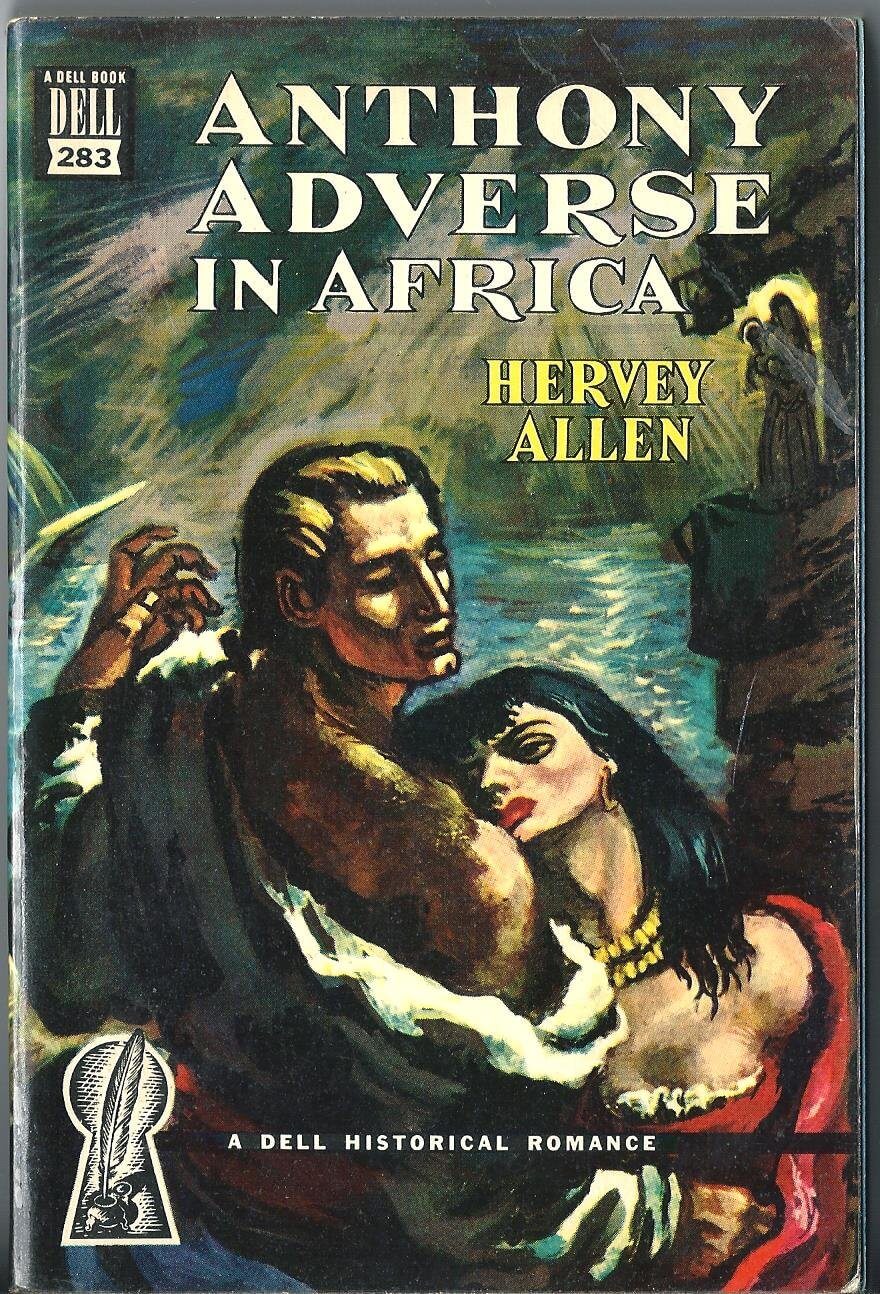 The story tells of the adventures and misadventures of Anthony Adverse, a bastard child who inherits a shipping fortune from his maternal grandfather. Anthony’s mother’s husband, Don Luis, the arrogant Marquis da Vincitata, is the principal antagonist of the plot. Having killed his wife’s lover, Anthony’s father, at the beginning of the book, Don Luis attempts, throughout the rest of the tale, to do away with Anthony.

Other prominent characters are Faith Paleologus, a scheming lady who starts as Anthony’s housekeeper and seductress and ends as Don Luis’ second wife (Anthony’s mother died in childbirth); Vincent Nolte, Anthony’s longtime friend and business associate; Father François, a monk who meets Anthony on a slave-trading venture and is eventually captured by a witch doctor and crucified; and John Bonnyfeather, from whom Anthony inherits his fortune. Historical personages dotting the pages of the novel include Napoleon Bonaparte, King Charles IV of Spain, and Aaron Burr.