Known as “Book of the Dead” a collection of spells that were included in the tombs of the New Kingdom, and intended to help the deceased on his difficult road to the Hereafter and the trial of Osiris.

Its original title could be translated as “The exit to the day”. Death was no more than a rebirth, just as the sun rises every day, so the deceased agreed to a new rebirth. 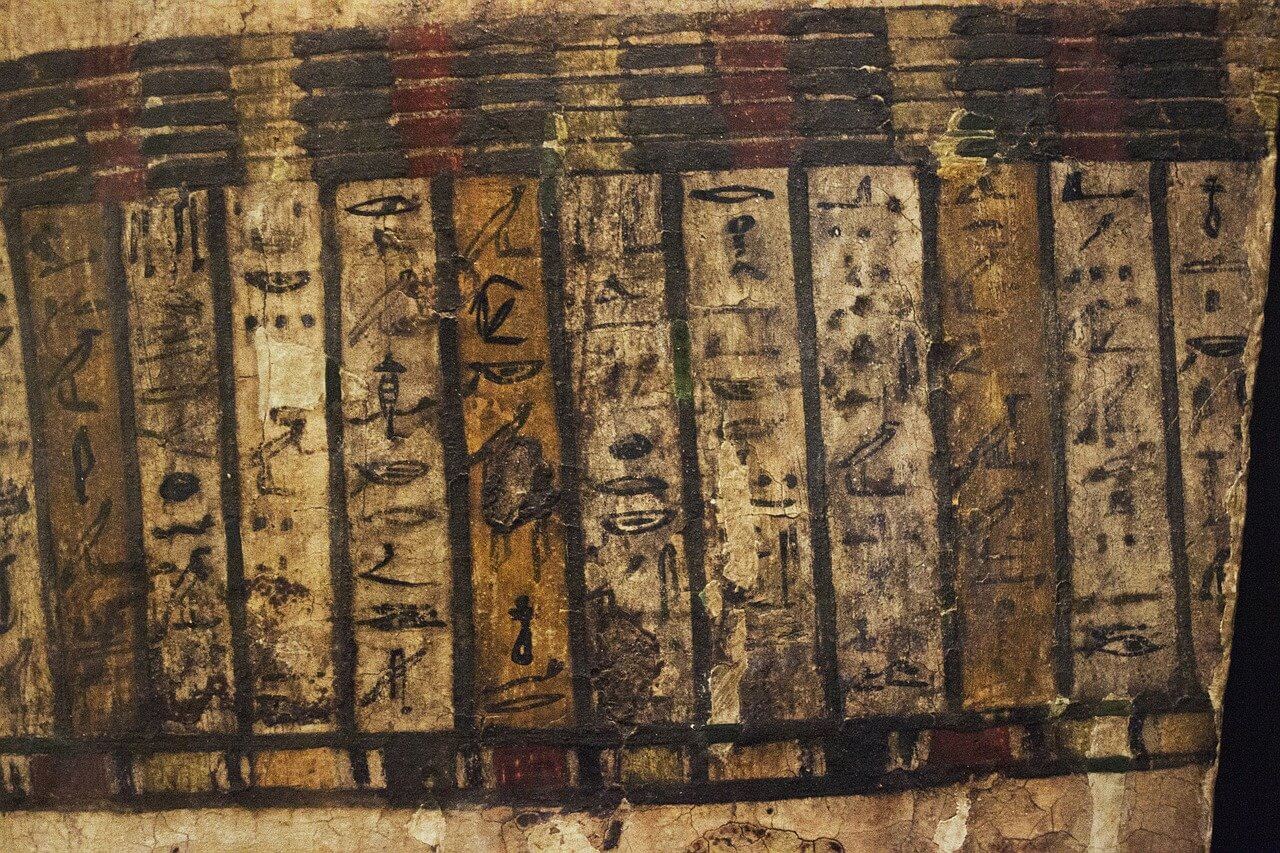 Its origin is found in “The Texts of the Pyramids” of the Ancient Kingdom. These derived in “The texts of the sarcophagi” during the Middle Kingdom. The papyrus with the appropriate formulas to help the soul of the deceased was deposited next to the mummy, in the grave. Also passages of the book in the ushebtis were written. But the book not only includes formulas to overcome the judgment of Osiris, but also passages for the deceased to recognize the gods that will be favorable or so that he can orient himself on his journey through “the 12 regions of the Duat”. It was the priest-readers who were in charge of reading certain passages of the Book turned towards the mummy.

The Book consists of approximately 200 chapters or spells. The best known and most complete version is the Papyrus of Ani, a text composed of 3 layers of papyrus sheets glued together and divided into 6 sections with a length between 1.5 and 8 meters each. The total length of the text is 23.6 meters. It was acquired by the British Museum in Thebes in 1888 and is currently registered with the number 10470.

The papyrus was made by 3 different scribes, as can be seen in the different spellings that appear in it, but only one made the drawings. Originally it is possible that it was not commissioned by Ani, a scribe from around 1300 BC, or at least not in its entirety, since his name is written with a different script. The papyrus contains some errors derived from the lack of attention. There is an electronic version of the Papyrus of Ani, according to the translation by Sir Wallis Budge.