What is the Anatomy and Physiology of chicken? Information about circulatory, respiratory and digestive system, and reproductive system of chickens.

The chicken, in common with other birds, has numerous skeletal features that distinguish it from other animals. Many of these structures represent adaptation for flight that were useful to the chicken’s wild ancestors. The skeleton is compact and light in weight, but very strong. Many bones contain air-filled cavities connected with the respiratory system. The wings are well developed and the breastbone, or sternum, has a keel-like structure to facilitate the attachment of powerful breast muscles useful for flight.

The body is covered with feathers, which make up from 4 to 9% of the weight of the chicken, depending on the age and sex of the individual. The feathers insulate the body of the chicken, making a regulated body temperature possible. They grow in definite areas of the skin called feather tracts. The typical parts of a body feather are the quill, which is continuous with the shaft throughout the length of the feather; the barbs, branching from the shaft; the barbules, branching from the barbs; and the barbicles, branching from the barbules. Feathers are replaced or molted in a regular sequence. At the end of the laying period, hens undergo an extensive molt. 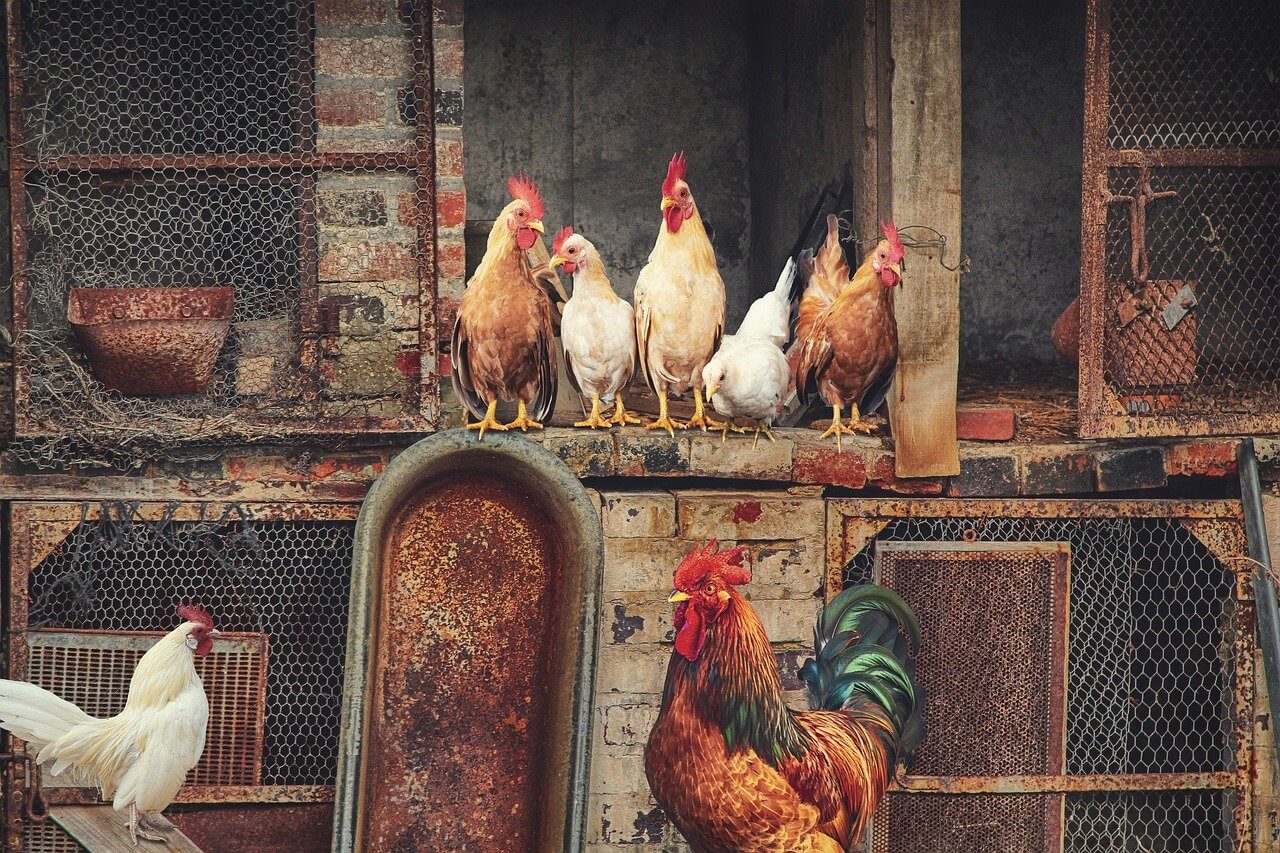 The circulatory and respiratory systems of the chicken are like those of other birds. The bird heart has four chambers, which serve to separate completely the arterial and venous blood streams. The respiratory system is distinguished by four pairs of air sacs on each side of the body. These air sacs are connected with spaces in the skeleton and also with the lungs, which are themselves closely attached to the spinal column and ribs. During inspiration and expiration air quickly passes through the lungs to the air sacs and then back through the lungs. The air sacs increase the buoyancy of the body, dissipate the heat resulting from the bird’s muscular and metabolic activity, and increase the efficiency of the lungs. 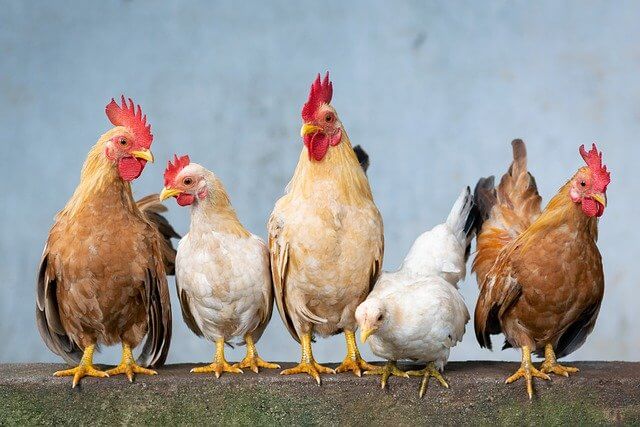 Most of the digestion or food occurs in the small intestine, which is supplied with digestive enzymes from its own cells and from the pancreas. Bile from the liver and gall bladder also enters the small intestine through the bile ducts. At the junction of the large and small intestines there are two long blind pouches, called ceca, which play a minor role in digestion. The ceca may be 4 to 6 inches (10 to 15 cm) long in adults. The large intestine in chickens is extremely short and appears to have relatively little function other than as a passage from the small intestine to the cloaca. The undigested food wastes of the intestine and the products of the kidneys and reproductive organs all pass through a common chamber, the cloaca, which opens to the outside through the vent, or anus.

As might be expected, the reproductive system of the hen is highly developed. The hen possesses two ovaries, although only the left ovary is functional. In a hen producing eggs regularly, the ovary appears as a cluster of follicles. These follicles contain the developing ovum, or yolk, in various stages of development, ranging from a nearly mature ovum to those hardly visible to the unaided eye.

When ovulation occurs, the follicular membrane ruptures, and the ovum, or yolk, is released from the ovary and enters the oviduct through a funnel-shaped structure known as the infundibulum. Below the infundibulum, the oviduct is divided into four main regions: the magnum, where the egg white is secreted; the isthmus, where the shell membranes are formed; the uterus, or shell gland; and the vagina, the passage to the cloaca.

The yolk requires 7 to 9 days to mature in the ovary. After ovulation, the white is secreted around the yolk in about 3 hours, the membranes are formed in about 1M hours, and the egg spends about 20 to 21 hours in the shell gland. If a hen is going to lay another egg the following day, ovulation occurs about 1/2 hour after an egg is laid. 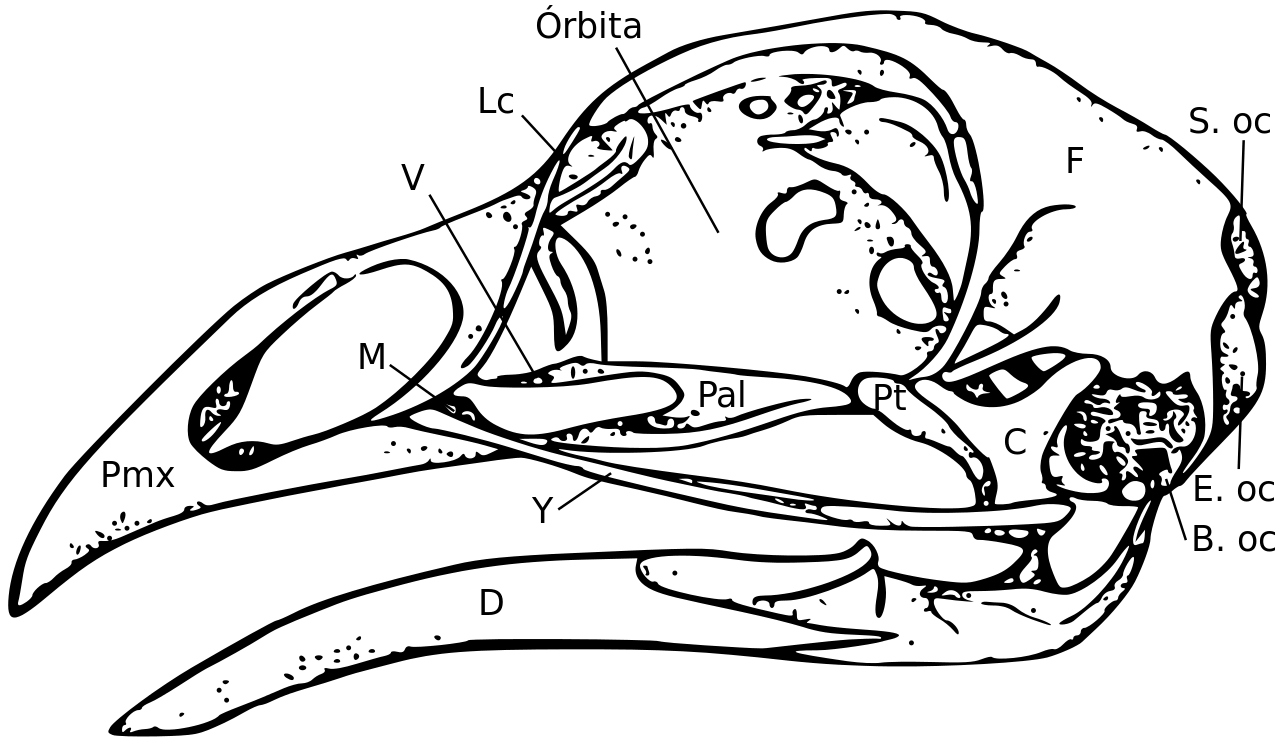 Reproduction in chickens is affected markedly by changes in day lengths. Female chickens subjected to increasing periods of light will mature sexually much earlier than will hens given constant short periods of light or subjected to decreasing quantities of light. The hypothalamus, an area of the brain, is sensitive to light and in response to light causes the release of hormones which are responsible for ovarian development and ovulation.

The male chickens possess two testes, located high in the abdominal cavity along the back near the kidneys. Sperm passes from the testes through the ductus deferens to the cloaca. The male chicken has a rudimentary copulatory organ located on one of the transverse folds of the cloaca. The spermatozoa are introduced into the cloaca of the hen by the male and quickly find their way up the oviduct, where fertilization of the egg takes place, probably as the yolk passes the infundibulum.