Alfred Duff Cooper;(1890-1954), British political leader and author. He was created First Viscount Norwich of Aldwick in 1952. Born in London on Feb. 22, 1890, he was educated at Eton and at Oxford University. He served in World War I with the Grenadier Guards, winning the Distinguished Service Order. In 1919 he married Lady Diana Manners, a celebrated beauty and actress of some distinction who played the Madonna in the stage production of The Miracle (1923) in the United States. 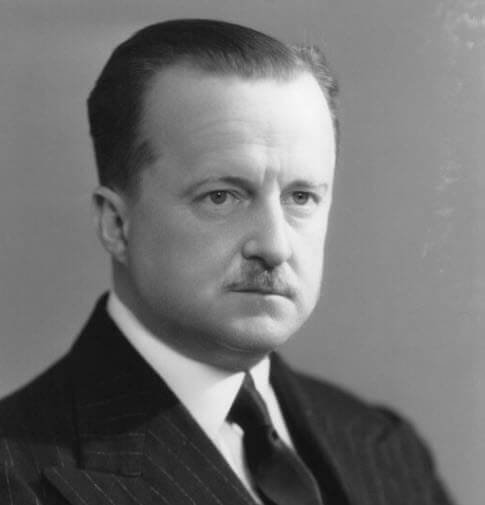 He resigned that post in 1938 in protest over the Munich settlement; his staunch opposition to “appeasement” caused Adolf Hitler to bracket him with Winston Churchill and Anthony Eden as “one of the principal warmongers.” In 1940-1941 he was minister of information in the Churchill government. When the British and French armies met disaster in France in May 1940, Cooper calmly heartened the British people over the radio, quoting Shakespeare’s lines about St. Crispin’s day from Henry V, counseling against not only panic itself but the very thought of panic. He was ambassador to France from 1944 to 1947.