Alfonso Ferrero La Marmora; Italian soldier and statesman : b. Turin, Italy, Nov. 17, 1804; d. Florence, Jan. 5, 1878. Educated at the Sardinian Military Academy, he joined the Sardinian Army and in the war of 1848-1849 against Austria distinguished himself at Peschiera, being advanced to the rank of brigadier general. After serving briefly as minister of war in 1848, he was reappointed to this office in 1849 and in the following six years did much to reorganize the disrupted army. He commanded the Sardinian expeditionary force sent to the Crimea in 1855, and on his return served once more as minister of war (1856-1859). 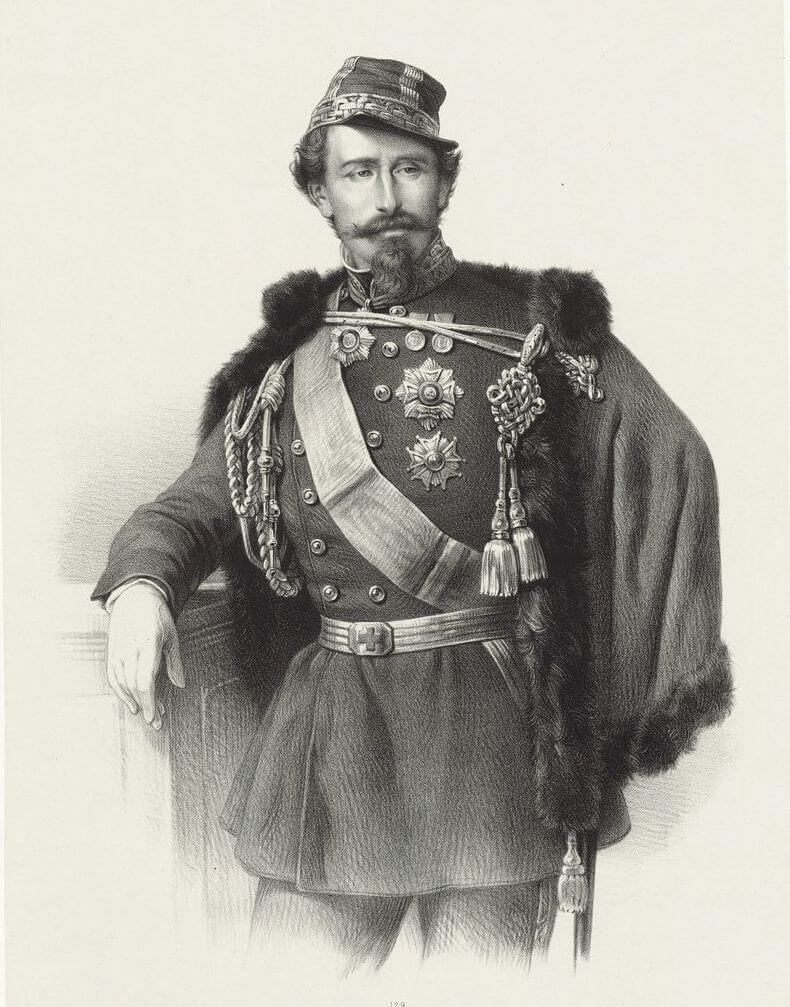 At the outbreak of war with Austria in 1859, he was appointed chief of the general staff. He served briefly as prime minister of Sardinia in 1859-1860, and then as prefect of Milan (1860) and Naples (1861). Appointed premier of Italy in 1864, he remained in office for two years. In 1866 he negotiated an alliance with Prussia. When the war against Austria was renewed that year, he became chief of the general staff but was forced to resign after the defeat of Custoza. In 1867 he served as minister to France, and in 1870 as governor of Rome. La Marmora wrote much in defense of his conduct of military and political affairs, including Un po’ più di luce sugli eventi dell’ anno 1866 (1873).