Alexei Ivanovich Rykov; (1881-1938), Russian political leader. Of peasant stock, he was born in Saratovon Feb. 25 (Feb. 13, Old Style ), 188ı. As a young man he began revolutionary activities in Saratov, and at the University of Kazan he joined the Russian Social Democratic Workers party. He met Vladimir llich Lenin in Geneva and became a close collaborator of the Bolshevik leader. Rykov was elected to the party’s central committee at the Third Congress, and in the revolution of 1905 he was active in Moscow. Between 1907 and 1914, he was arrested frequently for revolutionary activity and exiled, but he escaped each time. 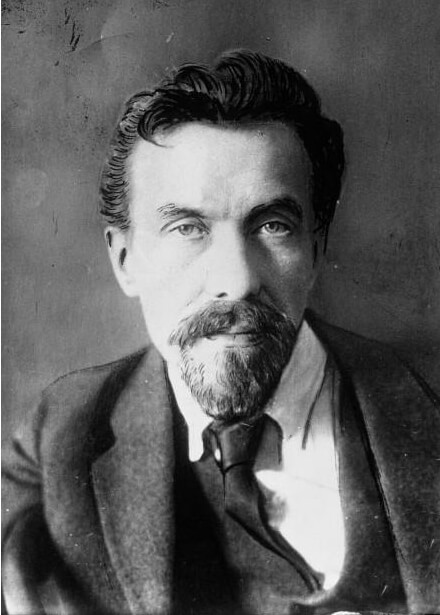 After the revolution in March 1917, he returned from exile in Narym, where Stalin had also been banished, and played a prominent part in the Bolshevik Revolution. He was appointed commissar of the interior in the first Soviet government. Soon afterward, he resigned from the government and the central committee of the party in protest against Lenin’ s hard policy toward other socialist parties, but he was appointed chairman of the Supreme Council of the National Economy in March 1918.

Rykov attained the peak of his influence and prominence during the years of the New Economic Policy (NEP). In 1922 he was elected to the Politburo and was reelected until 1930. On Lenin’s death in 1924, Rykov succeeded him as chairman of the Council of People’s Commissars (premier). Favoring the concessions granted the peasants under the NEP, he came out strongly against Leon Trotsky in 1926-1927. After Joseph Stalin’s sharp tum to the left, Rykov continued to oppose a rapid tempo of industrialization at the expense of the peasantry and fought Stalin’s policy of liquidating the kulaks. In 1929 he recanted and became a staunch advocate of the first flve-year plan. Nevertheless, he was denounced in 1930 as a “right deviationist” and was ousted from the premiership and the Politburo.

With others, Rykov was condemned at the Moscow treason trial of 1938 as an agent of foreign intelligence services plotting to overthrow the Soviet regime. After publicly confessing guilt on March 13, he was condemned to death and was shot in Moscow on March 14. After 1957, official criticism of him became less severe. Authoritative Soviet works referred to Rykov and certain of his codefendants as “capitulators” and “agents of the kulaks in the party,” but not as foreign agents.