Alexander Calder; (1898-1976), American sculptor, whose fame originally rested on his “mobiles,” the first successful attempts to incorporate movement into sculpture. In these works, many on a monumental scale, free-form shapes of plate metal joined by wires and rods are delicately balanced to nod and sway with the motion of the air or are motor-driven to move in regulated patterns. Later, his nonmoving sculpture, called “stabiles,” were equally admired. Calder also painted and designed toys, jewelry, furniture, and tapestries.

Calder was born in Philadelphia, Pa., on July 22, 1898, the son and grandson of distinguished sculptors. After graduating from the Stevens Institute of Technology, he practiced engineering for several years before turning to art. He enrolled at the Art Students League in New York City in 1923, and from 1924 to 1926 he worked as an illustrator for the National Poliçe Gazette. After his first trip to Paris in 1926, he divided most of his time between the United States and France. 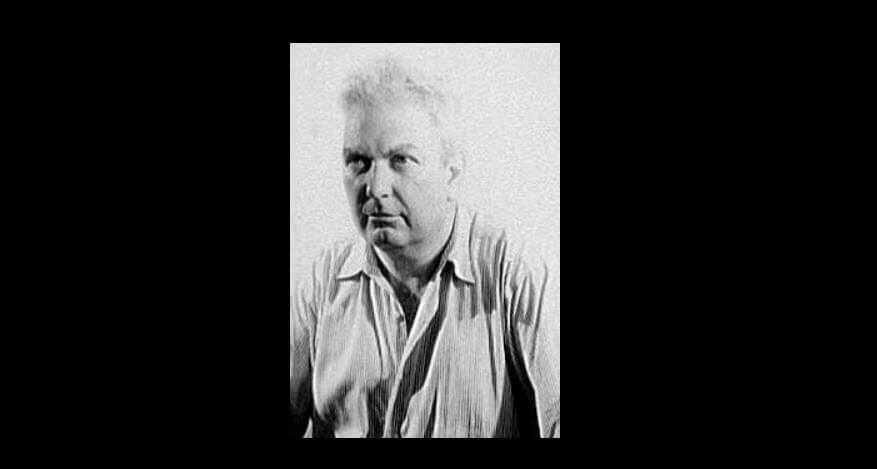 An important influence on Calder’s early work was the Ringling Brothers and Barnum and Bailey circus, which inspired his book Animal Sketching (1925) and many of the paintings in his first exhibit (1926), as well as his own miniature Circus of wire marionettes that could be manipulated by hand. These marionettes were followed by wire portraits of celebrities, including Josephine Baker and Fernand Leger, and by several crank-operated pieces representing goldfish in bowls.

About 1930, Calder’s friendship with Miro and Mondrian directed him toward abstraction. He wanted the abstract colored shapes of these artists to move, and the moving sculptures that he created under this inspiration were dubbed “mobiles” by Marcel Duchamp. The earliest ones were mechanically driven; later, wind-moved forms predominated. Some mobiles were designed to hang from ceilings; others were balanced on stands. Among Calder’s best-known mobiles are Lobster Trap and Fish Tail (1939; Museum of Modern Art, New York City) and Spiral (1958; UNESCO headquarters, Paris).

Monumental stabiles received a larger share of Calder’s attention in the 1950’s and 1960’s. These include Ticket Window, which was installed at Lincoln Center, New York City, in 1965.