Alec Douglas-Home; (1903 – 9 October 1995), British prime minister from October 1963 to October 1964. Alexander Frederick Douglas-Home was born in Scotland on July 2, 1903, the son of the 13th Earl of Home. After attending Eton and Oxford, he entered the House of Commons (with the courtesy title Lord Dunglass) as a Conservative in 1931. Until World War II, his interest lay in domestic issues, in which he emphasized the need to mitigate class divisions. 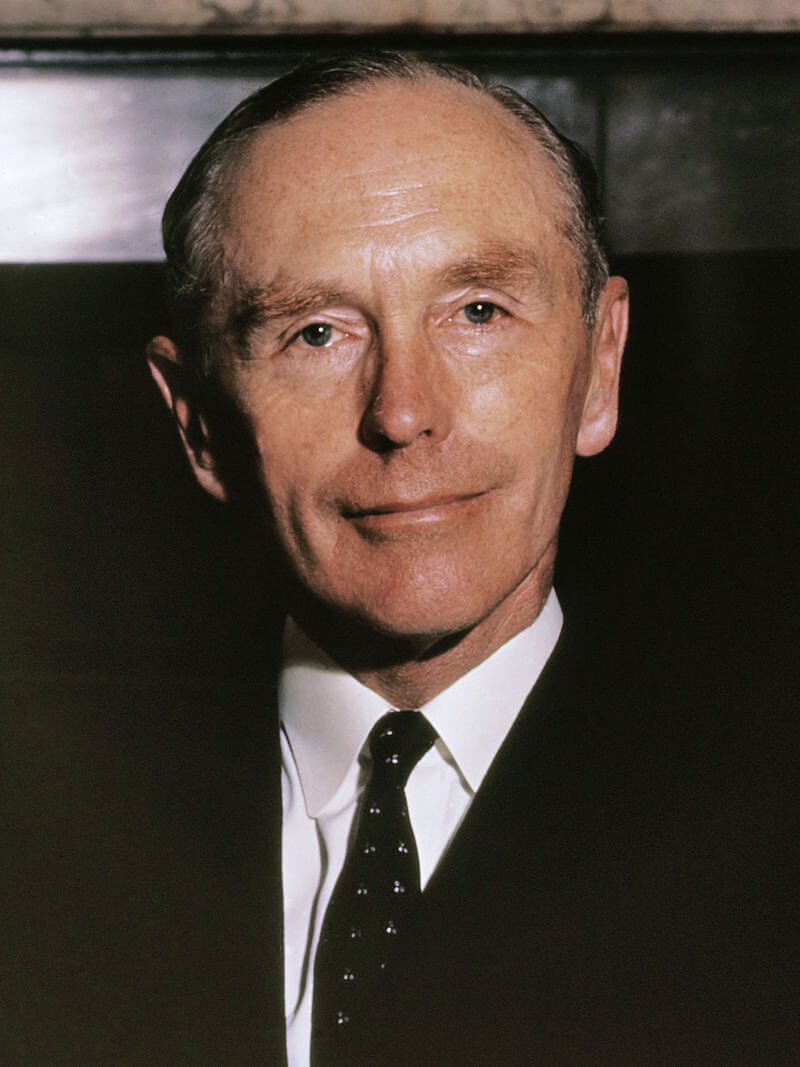 When Neville Chamberlain became prime minister in 1937, Dunglass was made his parliamentary private secretary, with administrative •rather than policy-making duties. He was omitted from the Churchill government that replaced Chamberlain’s in 1940. He became a joint parliamentary undersecretary at the foreign office in May 1945 but lost his Commons seat in the 1945 election and did not return until 1950.

In 1951, Dunglass succeeded his father as the 14th Earl of Home. Although forccd to leave the house of Commons, he made rapid progress politically. He became minister of state for Scotland in 1951, Commonwealth secretary in 1955, and leader of the House of Lords in 1957. In 1960 he was appointed foreign secretary by Prime Minister Macmillan. This appointment aroused criticism, but Home proved to be diplomatically skillful and forthright.

Macmillan resigned in October 1963, and Home, to general surprise, succeeded him as prime minister, as a compromise candidate least likely to split the party. He renounced his peerage and became Sir Alec Douglas-Home. As prime minister, he was an excellent chairman and dispatcher of business rather than a “powerhouse of ideas.”

After the Conservative defeat in 1964, Douglas-Home surprised many by his effectiveness as leader of the opposition. But because of his distaste for political intrigue, he refused to fight to save his position and resigned as Conservative leader in July 1965 in response to internal party criticism. In 1970, Prime Minister Edward Heath named him foreign secretary. Douglas-Home’s political career revealed him as a man who acted instinctively on the basis of somewhat rigidly held beliefs, rather than as the possessor of a well-formulated ideology.