Adolphus Washington Greely; (1844-1935), American army officer and explorer, who led a notable expedition to the Arctic. He was born in Newburyport, Mass., on March 27, 1844, enlisted in the Union Army in 1861, and served through the Civil War. When the war ended, he joined the U. S. Army.

As a lieutenant, he was chosen at short notice in 1881 to lead one of the two Arctic expeditions organized in the United States as a contribution to the first International Circumpolar Year (1882-1883). With a party of 23 Army men and two Eskimo hunters, Greely occupied a base in northeast Ellesmere Island that had been established six years earlier by Sir George Strong Nares. It was renamed Fort Conger. 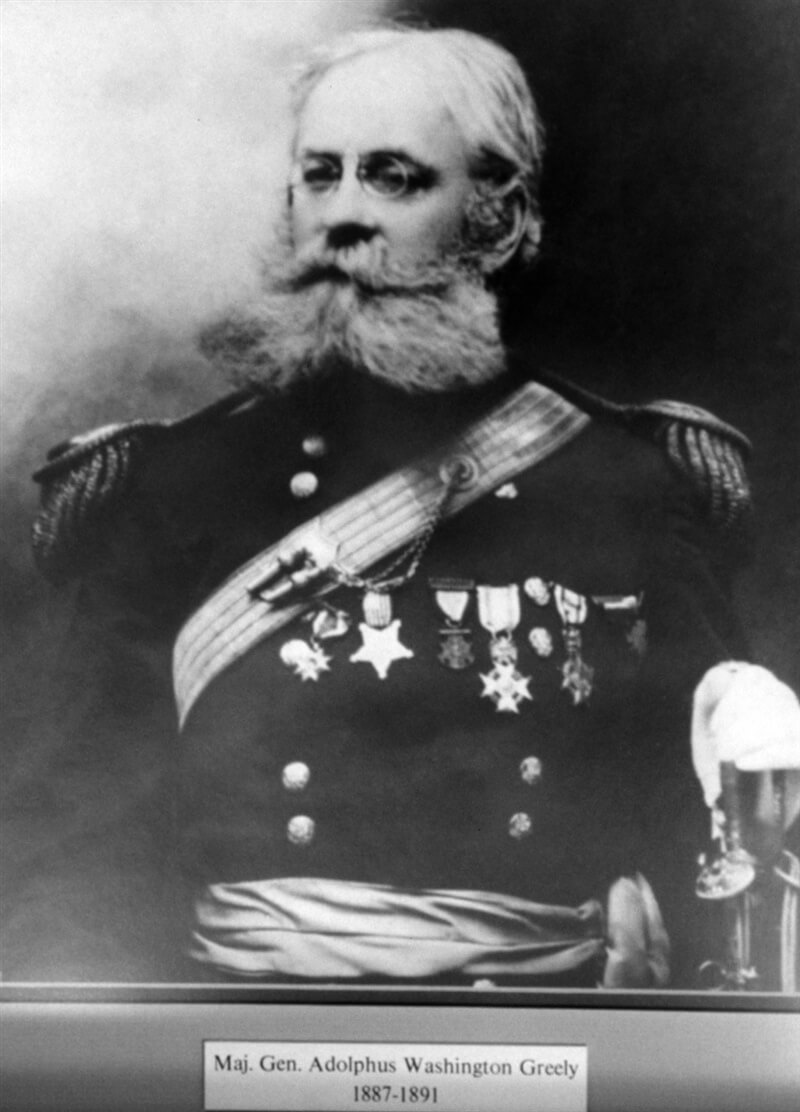 In the spring of 1882 members of the expedition explored Ellesmere Island. In May one of them, James B. Lockwood, crossed Hall Basin to the Greenland shore and sledged northeastward to latitude 83° 24′ north (Lockwood Island), the farthest north reached to that time. After a journey of more than 1,000 miles (1,600 km), his party returned to the base on June 1.

An expected relief ship did not arrive in 1882, but in the spring of 1883, Lockwood crossed Ellesmere Island to Greely Fjord. Fort Conger was abandoned in August, and the party sailed south in a steam launch with 40 days’ food. From messages left in cairns, they learned that one relief vessel had been sunk. In October they were forced to make a winter camp at Cape Sabine, 250 miles (400 km) south of their base. Food ran short; only Greely and six others were alive when the party was rescued in June 1884.

Greely was chief signal officer of the U. S. Army, with the rank of brigadier general, from 1887 to 1906. He headed the U.S. Weather Service until it was shifted from the Army to the Department of Agriculture in 1891. He was also responsible for laying 25,000 miles (40,000 km) of telegraph lines and submarine cables. Greely wrote extensively on scientific subjects. He died in Washington, D. C., on Oct. 20, 1935.