The conservatives deluded themselves in thinking they could use Hitler for their own interests. Within four months, Hitler had dramatically established his mastery over them and over all other political groups. He had destroyed the Communist and Socialist parties and the labor unions; forced the bourgeois and right wing parties to dissolve; emasculated or destroyed the paramilitary organizations; eliminated the federal structure of the republic; and on March 23, 1933, won from a decimated and intimidated Reichstag an enabling law that gave him dictatorial powers. 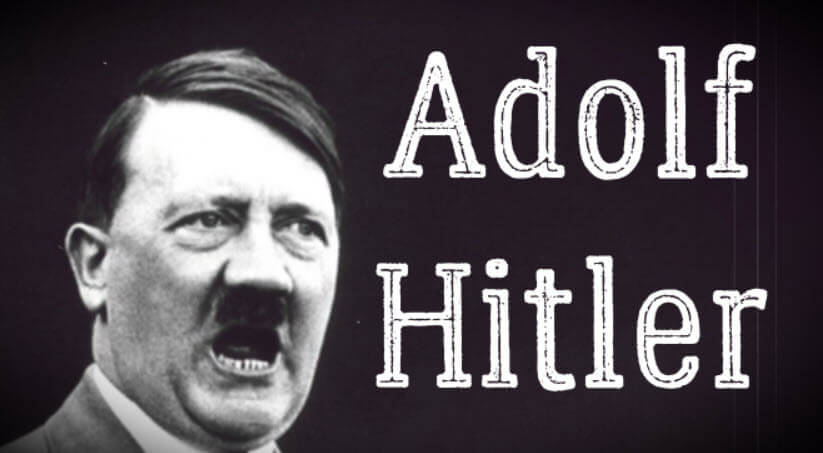 His success came from a combination of pseudo-democratic mass demonstrations; terror by the SA and the Nazi-controlled police, which accelerated after the Reichstag fire in February; and a seemingly conservative program that kept the conservatives quiescent.

In early 1934, however, he faced new conflicts, mainly from within the party. The SA, still led by Roehm, and the Nazi left vigorously opposed his alliance with business and military leaders, and a group of monarchists was campaigning for a restoration of the monarchy. Hindenburg’s deteriorating health raised the question of his succession. Hitler survived the crisis by adopting the most radical methods. He rallied behind himself the party leaders, the army, and Himmler’s SS (the Schutzstaffel, or Blackshirts), and on June 30, 1934, he struck. A number of SA leaders, monarchists, and other opponents were murdered; the influence of the SA was drastically reduced; and Hitler emerged as the undisputed master of Germany. When Hindenburg died on August 2, Hitler officially assumed the title of Fiihrer, or supreme head of Germany.

From 1935 to 1938 he consolidated his dictatorship. The basis of his power was still his control over the masses, who admired him as the “man of the people” and falsely credited Germany’s economic recovery to him. (Its real architect had been Hjalmar Schacht, a conservative banker.) In 1937-1938 the economy reached full employment, thanks to an increasingly reckless rearmament policy.

Hitler also protected his position by promoting rivalries among his subordinates, and he encouraged Himmler to build a formidable apparatus of terror by means of the SS, the Gestapo, and the concentration camps. He then escalated the persecution of the Jews through the Nuremberg Laws of 1935, which deprived Jews of their citizenship and forbade marriages between Jews and non-Jews. Additional restrictive laws were passed during the next few years, and Hitler’s policies resulted in a large-scale emigration of Jews, socialists, and intellectuals and in the virtual destruction of Weimar Germany’s highly creative culture. 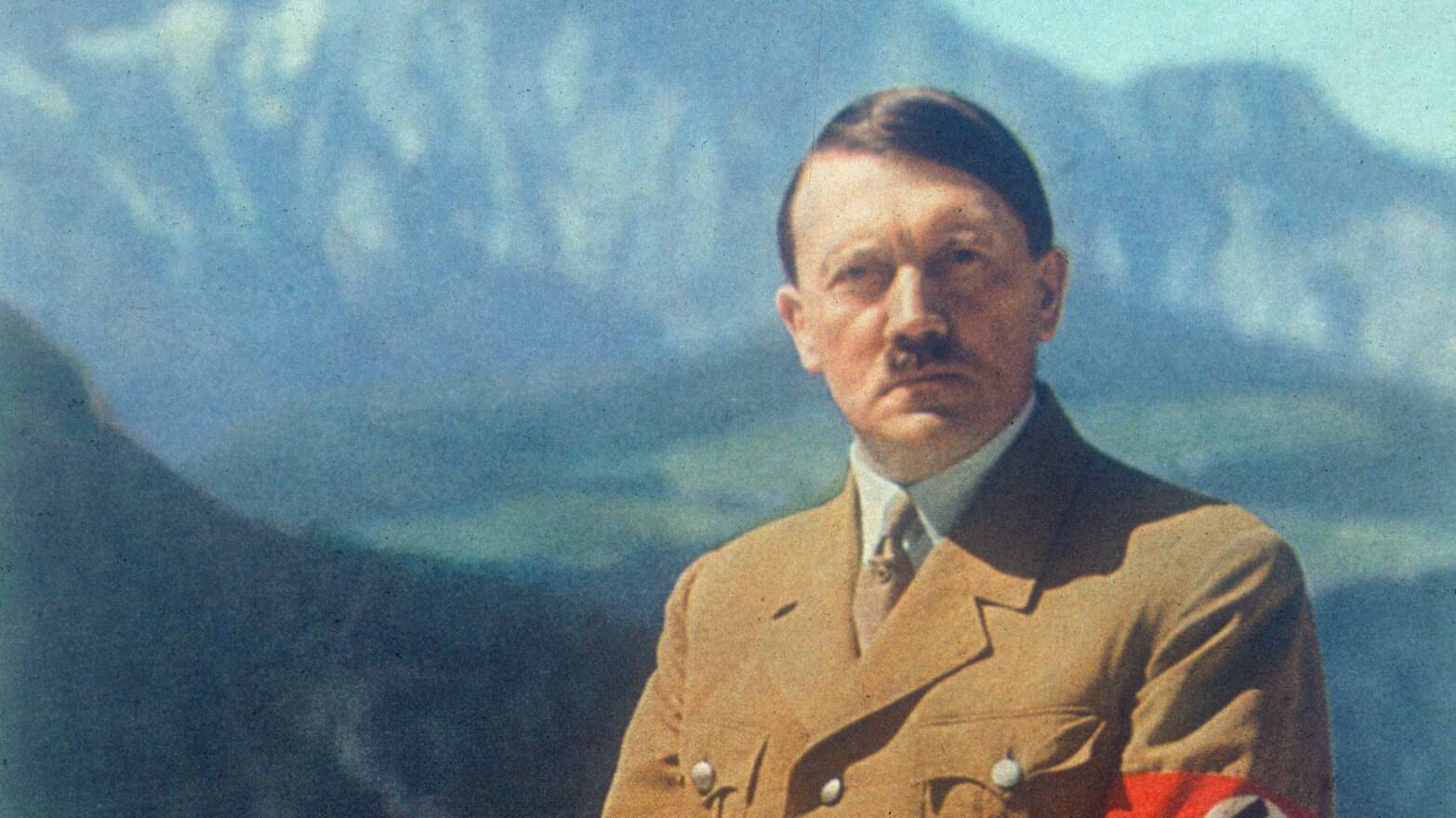 In foreign affairs, as long as Hitler felt weak, he shielded his regime by peaceful declarations and by treaties, such as those with the Vatican in July 1933 and with Poland in January 1934. Nevertheless, he indicated his true intentions in October 1933, when he withdrew from the League of Nations. As his strength increased, he proceeded to remove the restrictions imposed by the Versailles Treaty by proclaiming open rearmament in March 1935 and by remilitarizing the Rhineland in 1936. Simultaneously, he tried to win the neutrality of Britain through a naval treaty in June 1935, and gained Italy’s allegiance by supporting Mussolini’s Ethiopian war (1935-1936). The Italian alliance materialized in October 1936, strengthened by their joint interference in the Spanish Civil War.

From the outset, Hitler had been determined to conquer Lebensrawn. In November 1937 he disclosed his war plans to his ministers, and when they objected, he dismissed Schacht and the heads of the army and of the foreign ministry. By replacing these men, he eliminated the last traces of the conservative alliance and cleared the way for war. Under the guise of a policy of self-determination, Hitler annexed Austria in March 1938 and the Sudetenland, the German-inhabited border areas of Czechoslovakia, in October.

By disclaiming any further expansionist aims, he won approval of the Sudetenland occupation from Britain, France, and Italy at a conference in Munich. When he nevertheless extended his rule over all of Czechoslovakia in March 1939 and then threatened Poland, Britain and France abandoned their appeasement policy and guaranteed Poland’s integrity. Unimpressed, Hitler continued his preparations by signing a nonaggression pact with Russia on August 23. When he attacked an unyielding Poland on September 1, Britain and France surprised him by declaring war. See also Munich Conference.

Allied inactivity and a lightning victory over Poland permitted Hitler to mobilize his forces fully and to persuade his reluctant generals to intensify the war effort. In April 1940, German troops conquered Norway and Denmark; in May and June they swept through the Netherlands, Belgium, and France. On June 22, a triumphant Hitler forced France to sign an armistice at Compiegne, the site of the armistice of 1918. He was at the peak of his career, having now proved himself a superior military commander, and he began to build his New Order in Europe. The New Order’s only tangible result was Heinrich Himmler’s policy of racial reorganization. It combined a senseless resettlement of racially “valuable” populations with a relentless suppression and extermination of “subhumans,” among them about 6 million Jews, through slave labor, concentration camps, gas chambers, firing squads, and starvation.

Meanwhile, Britain’s determination and the imminent conflict with Russia forced Hitler to go on. After unsuccessfully trying to defeat Britain through a heavy bombing attack on the British Isles and a ground offensive against British troops in North Africa, Hitler turned with full force to the east. On June 22, 1941, he launched his attack on the Soviet Union. But the German advance was stopped before Moscow by a harsh winter and a Russian counterattack. At the same time Japan, with which Germany had a nonaggression pact, attacked Pearl Harbor, and Hitler declared war on the United States. 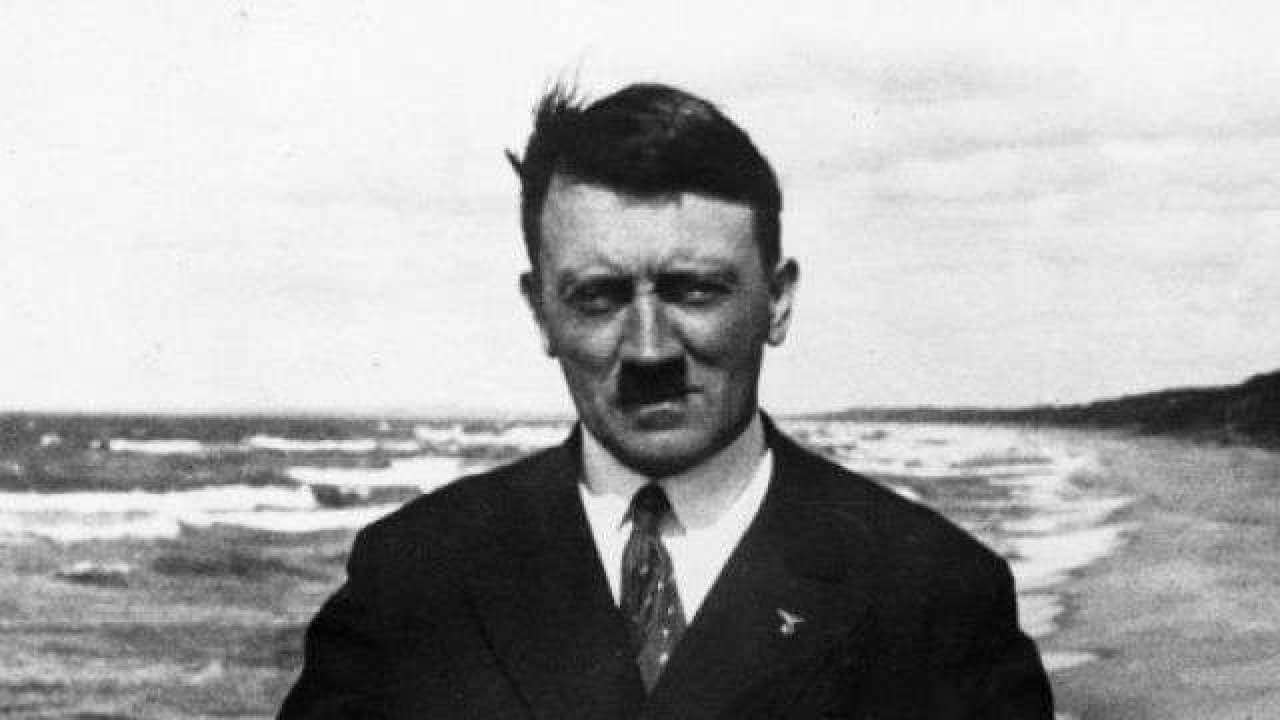 In 1942, Hitler was still scoring victories in the Ukraine and in North Africa, but his judgment increasingly failed him. He withdrew into his headquarters, concentrating on military affairs to the exclusion of politics and diplomacy, and quarreling with his generals’ judgments. With the German defeat at Stalingrad and the Allied reconquest of North Africa in 1943, the war was lost. Hitler, however, ordered the total mobilization of the economy and tried to rebuild Mussolini’s regime in northern Italy after its collapse in July 1943. He also maintained his almost hypnotic power over his entourage and the masses, assisted by Allied air raids against the cities, which rekindled the fighting spirit of the people.

A group of civilians and officers had been conspiring since 1938 to overthrow Hitler. But Hitler’s popularity with the masses, the conspirators’ need for complete secrecy, and their recurring doubts about the Tightness of their cause handicapped them. Furthermore, they failed to reach an understanding with the Allies. The energy of Col. Claus von Stauf-fenberg finally brought the plot to a head on July 20, 1944, but his attempt on Hitler’s life and the subsequent putsch failed, confirming Hitler’s belief in his own invincibility.

On June 6, 1944, the Allies invaded France; later, the Russians broke through in the east, forcing Hitler to move his headquarters to Berlin. He showed increasing signs of physical and mental disintegration, intensified by an illness that had not been properly treated by his physician, a quack doctor, upon whom Hitler had become dependent for injections. With the Allies crossing the Rhine River and the Russians closing in on Berlin, he at last acknowledged defeat and decided to commit suicide; but he wanted Germany to follow suit. Germany, he argued, had proved itself unworthy of his genius and had failed to prevail in the struggle for life.

As his personality disintegrated, however, so did the loyalty of his lieutenants. Albert Speer, the minister of armaments and munitions, refused to carry out Hitler’s order to institute a scorched-earth policy in Germany; Goering, from his retreat in Bavaria, tried to usurp Hitler’s leadership; and Himmler attempted to negotiate with the Allies. Hitler condemned them, but without effect. Only Goebbels, Bormann, and Eva Braun, whom he now married, remained with him. Hitler dictated his political testament and appointed Adm. Doenitz his successor. With the Russians rapidly approaching his bunker in Berlin, Hitler (with a pistol) and Eva (with poison) committed suicide on April 30, 1945.