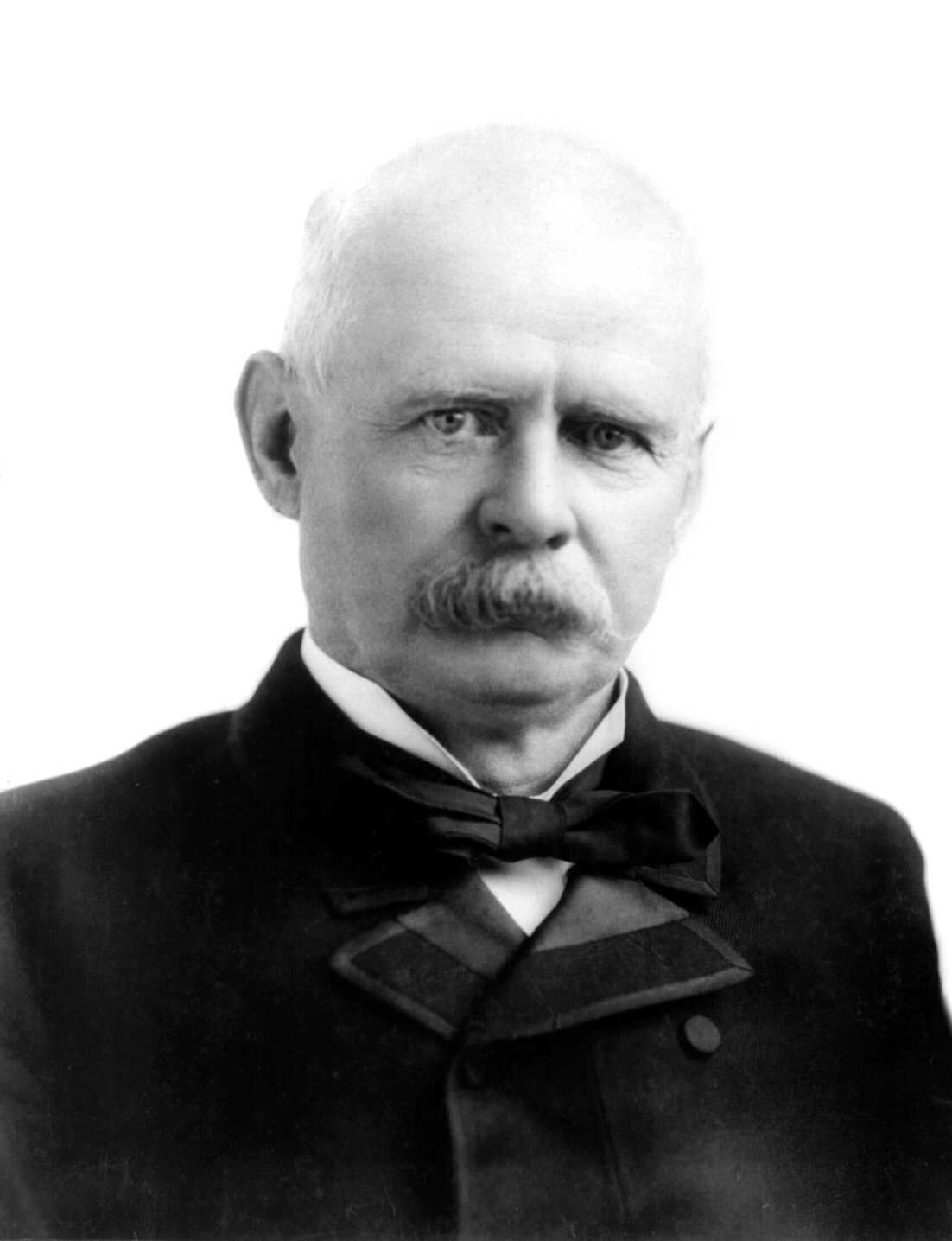 Adlai Ewing Stevenson I (October 23, 1835 – June 14, 1914) was an American lawyer, diplomat, and politician who served as the 23rd Vice President of the United States from 1893 to 1897. He was known for his eloquent public speaking and was one of the country’s leading intellectuals during the late 19th century.

Stevenson was born in Christian County, Kentucky to a prominent family. He received a classical education at Center College in Kentucky and went on to study law at Transylvania University. He was admitted to the bar in 1858 and began practicing law in Metamora, Illinois.

During the Civil War, Stevenson served as a captain in the Union Army. After the war, he returned to Illinois and was elected to the state legislature in 1868. He later served as Illinois’ Secretary of State and as a member of the United States House of Representatives.

In 1892, Stevenson was nominated as the Democratic Party’s candidate for Vice President, running alongside President Grover Cleveland. The ticket was successful, and Stevenson served as Vice President for a single term before returning to private life.

Stevenson was known for his wit and eloquence and was a popular public speaker. He was also a leading figure in the National Democratic Party, which was a precursor to the modern Democratic Party. He died in 1914 at the age of 78.

Adlai Ewing Stevenson I; (1835-1914), American political leader and vice president of the United States. lie was born in Christian county, Ky., on Oct. 23, 1835. An Illinois lawyer active in the Democratic party, he served two terms in the U. S. House of Representatives in the 1870’s. In Congress he advocated low tariffs and a soft-money policy.

During Grover Cleveland’s first term as president (1885—1889), Stevenson, as first assistant postmaster general, was entrusted with the sensitive task of removing some 40,000 Republicans from their jobs as fourth-class postmasters and replacing them with Democrats. As head of the Illinois delegation to the national convention of 1892, he helped to promote the nomination of Cleveland, and was himself selected as running mate in a move toward party unity. With the Democratic victory of that year, Stevenson became vice president, serving through the 1893-1897 term.

In 1897 he was sent to Europe by President William McKinley as member of a commission which sought in vain to encourage international bimetallism. Stevenson failed in two subsequent election campaigns: as William Jennings Rryan’s running mate in 1900 and as gubernatorial candidate in Illinois in 1908. He died in Chicago, 111., on June 14, 1914.