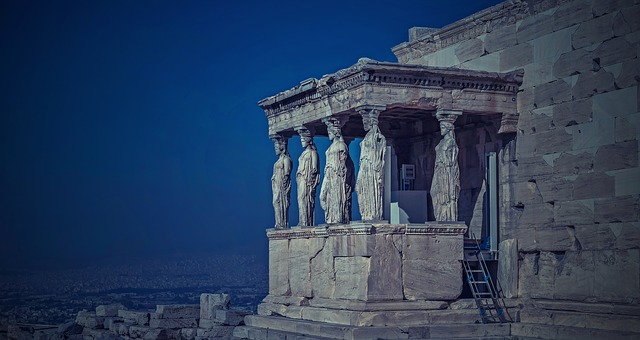 ACROPOLIS, the high part of an ancient Greek city, usually an elevation overlooking the city, and frequently its citadel. Notable among such citadels were the acropolises of Argos, Messene, Thebcs, and Corinth, but the most eminent of them all was Acropolis of Athens, to which the name is now chiefly applied.

The Athenian Acropolis was the site of the original city and, later, of the upper city as distinguished from the lower. It was built upon an isolated butte, or hill, of the Hymettus, a mountain ridge east of the presentday city. This mass of rock rises sharply to a height of 500 feet above sea level. An uneven plateau about 500 feet wide and 1,000 feet long forms the summit. Remarkable specimens of architectural art were reared on this height, chiefly in the days of Pericles (died 429 b.c.). 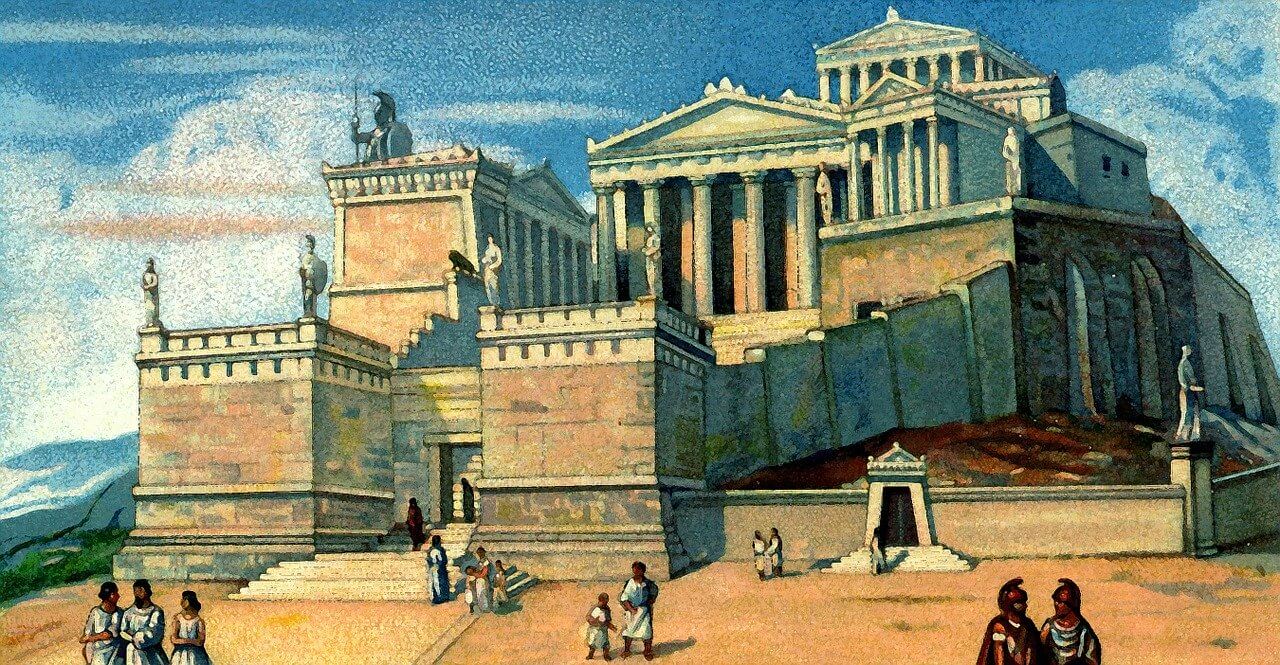 At the western end, where there was a zigzag road for chariots, stands the massive, columned gateway to the Acropolis—the Propylaea—stili in excellent condition. Entering this way, the visitor immediately sees the northwest corner of the Parthenon, the temple dedicated to Athena, tutelary deity of Athens. North of the Parthenon is the Erechtheum, famous for its portico upheld by si)» caryatids.

The Erechtheum housed the cults of many lesser deities. Between these principal buildings stood the huge statue of Athene Promachos by Phidias, the helmet and spear of which were the first objects visible from the sea. About these centerpieces, and extending down the steep slopes, were lesser temples, statues, theaters, and odeums (music halls). The more noted included the Theater of Dionysus, the Odeum of Pericles, the small, perfeet temple of Athena Nike, and the Odeum of Herodes Atticus. 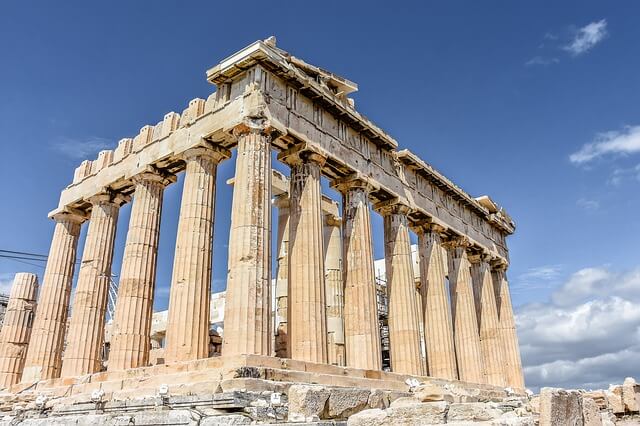 The ravages of time, accident, war, and Athenian marble merchants have largely destroyed these classic works, but archaeologists have preserved important remains of the Acropolis. Some are in the National Museum at Athens; others, in collections throughout Europe. Notable among the latter are the portions of the Parthenon in the British Museum in London, brought to England by the Earl of Elgin, early in the 19th century.