Who is Aaron Copland? Information about the composer Aaron Copland biography, life story, works and compositions.

Aaron Copland; (1900-1990), American composer, who became one of the most important writers of 20th century music. He was born in Brooklyn, N. Y., on Nov. 14, 1900, and received his first music training from private teachers. From 1921 to 1924 he studied in Paris with Nadia Boulanger, under whose guidance he completed his first compositions. He returned to the United States in 1924, and his first major work, Symphony with Organ, had its premiere in 1925. 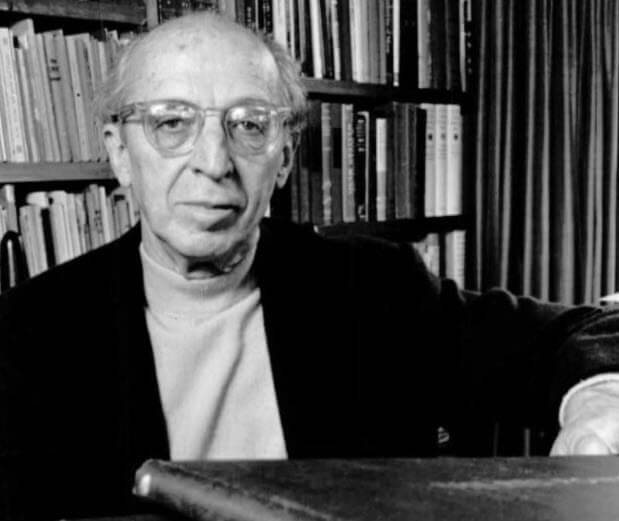 From 1940 to 1965, Copland headed the composition department of the Berkshire Music Center at Tanglewood in Lenox, Mass., and from 1957 to 1965 was chairman of the center’s faculty. He made frequent world tours as a conductor, and successfully appeared in the USSB in 1960. He also lectured extensively and wrote many articles and books about music. In 1964 he received the Presidential Medal of Freedom.

Copland used elements of jazz within a symphonic structure in such early orchestral works as Music for the Theater (1925) and Concerto for Piano and Orchestra (1926). From jazz idioms he turned to the use of advanced compositional techniques that resulted in an extremely complex style. Typical works of this period are Dance Symphony (1929), Piano Variations (1930), and Statements (1935). He then simplified his style, and achieved his first major success, El Salón México (1936), an orchestral work that makes use of Mexican popular tunes.

Copland next turned to American folklore and the use of American folk tunes. In the ballets Billy the Kid (1938) and Rodeo (1942), he utilized cowboy melodies. A Lincoln Portrait (1942), for speaker and orchestra, is in a patriotic vein. For the Martha Graham dance company he wrote the ballet Appalachian Spring (1944). This work received the 1945 New York Music Critics Circle Award for dramatic music, and an orchestral suite derived from its score won the 1945 Pulitzer Prize in music. Copland’s Third Symphony (1946) brought him a second Music Critics Circle prize, and for his score for the film The Heiress (1949) he received a 1950 Academy Award.

Later works include Orchestral Variations (1957); Nonet (1960), for strings; Connotations (1962), an orchestral work written for the opening of Philharmonic Hall in New York City; Music for a Great City (1964), a symphonic suite; and the tone poem lnscape (1967).