Who is A. E. Housman? Information on English Scholar and Poet A. E. Housman biography, life story, career, works and poems.

A. E. Housman; (1859-1936), English scholar and poet, whose work is a poetic bridge between the 19th and 20th centuries. He is best known for his collection of lyric poems, A Shropshire Lad. 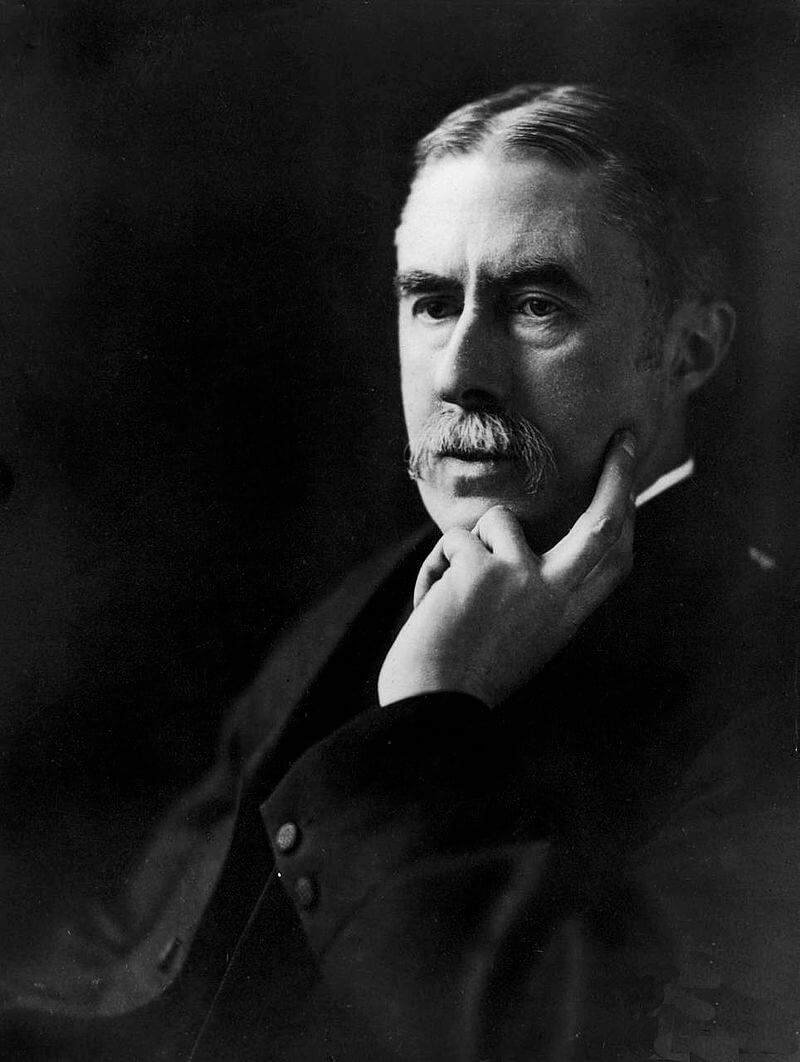 Alfred Edward Housman was born in Fockbury, Worcestershire, on March 26, 1859. He inherited his intellectual gifts from his mother—his flrst and best teacher, particularly in the English Bible, which had an important literary influence on his poetry. Her death on his 12th birthday began his inner unrest and lifelong revolt against the “foreign laws of God and man.”

In 1870, Housman entered Bromsgrove School, where he won prizes in poetry. In 1877 he matriculated at St. John’s College, Oxford, but he left without a degree in 1881 when he failed to pass his final examinations. Among the causes of his failure was his contempt of the prescribed readings at Oxford. His arrogance had been given full play when he joined the staff of Ye Rounde Table, an undergraduate magazine, to which he contributed many articles—some tipped with the venom of sarcasm directed at the University and its personnel. The merciless critic of shabby scholarship that Housman became is there plainly seen in the making.

Returned to his family in disgrace, Housman began his long penance, taking a clerkship in the Patent Office in London, a position he held for a decade (1882-1892). He spent his evenings in the British Museum, writing poetry, perfecting his knowledge of classical authors, and developing the fine art of emendation. Scholarly articles that he wrote at this time led to his appointment in 1892 as profe^or of Latin at University College, London. In 1911 he became professor of Latin at Trinity College, Cambridge, where he taught to within a few weeks of his death.

Housman’s ed;tions of Juvenal (1905), Lucan (1926), and Manilius (1903-1930) won him preeminence as a classical scholar. Recognition of his poetry came slowly, but the popularity of A Shropshire Lad grew steadily after its publication in 1896, and the next collection, Last Poems (1922), brought him wide acclaim.

Housman died at Cambridge on April 30, 1936. More Poems appeared posthumously that year. His brother Laurence Housman (1865-1959), a writer and illustrator, whose many works include the play Victoria Regina (1934), published the biographical miscellany My Brother, A. E. Housman in 1937.

Although Housman’s poetry appeals to the nonscholarly reader, it has one characteristic in common with his scholarship: a constant search for the right word. His four notebooks show the pains with which the deceptively simple line or stanza was attained. The classical form of the poems and the themes—the brevity of life, the passing of youth, the beauty and indifference of nature, the need for endurance— are old, but the poetic essence is all his own. One indication of Housman’s influence is the frequency with which phrases of his poetry appear in the titles of other writers’ books.