Sulfur is a chemical element, classified within the group of non-metals, it is abundantly found in nature, with a characteristic odor of rotten eggs, it has a strong lemon-yellow, brownish or orange color, it is insoluble in water but it is soluble in carbon disulfide, flames with blue flame emitting sulfur dioxide. 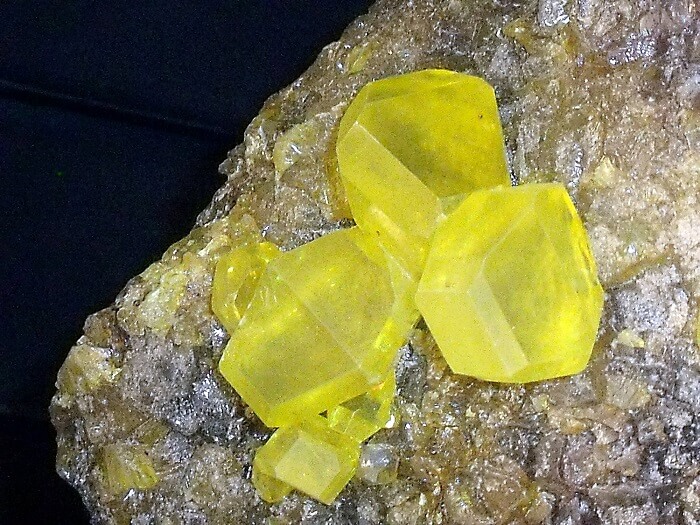 Etymologically it comes from the Latin sulphurium, this in turn from Sanskrit śulbāri, a term that means “copper loses its value by joining sulfur”, was also called “flammable stone”.

It was known since ancient times, in Greek and Roman cultures was attributed medicinal properties and was used in the bleaching of fabrics; the Egyptians used it to purify the temples.

He occupied a leading role in the doctrines of the ancient alchemists who considered this element, as the missing component in the philosopher’s stone to be able to manufacture artificial gold.

Sulfur has been known since time immemorial, but as an element it was discovered by Henning Brand. An amateur merchant and alchemist from Hamburg (who also discovered phosphorus). However it was the French chemist Antoine Lavoisier, who through a series of experiments conducted in 1777, discovered that sulfur is an element instead of a compound and was the first to classify it as a chemical element. 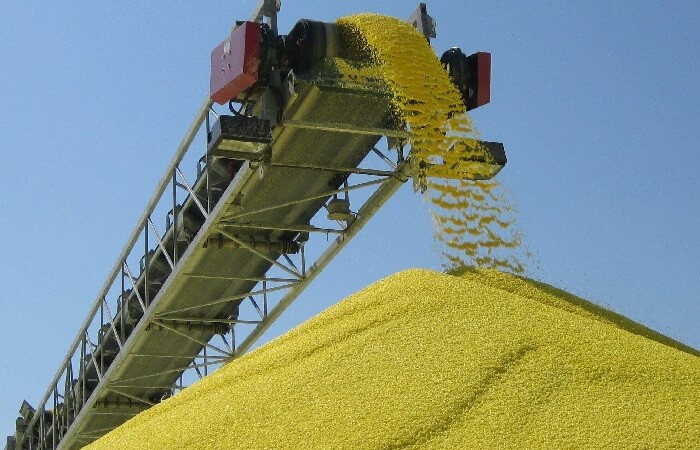 As free sulfur it is found in volcanic deposits, thermal waters, and also in underground deposits, mainly in the USA (Texas, Louisiana), Russia, Japan, Canada, France, Mexico, Poland and Sicily.

In the combined state it appears in the form of sulfides (pyrite and galena) and sulfates (gypsum), in numerous minerals. It is also found in a variety of organic compounds such as animal proteins and some vegetables.

Mainly through the Frash Process, a method to extract the element from the depths of the earth, fusing the sulfur contained in underground deposits, a system similar to that of oil exploration. It is also obtained from the separation of natural gas containing hydrogen sulfide, through the oxidation process. It is also extracted from petroleum, from the smelting of rocks that contain it, and from manual collection in pure sulfur deposits combined with volcanic ash.

It comes in different forms or allotropes in the solid, liquid and gas phases:

The solid sulfur is made up of a molecular structure of dissenting rings of eight atoms and adopts one of two crystalline forms: the orthorhombic octahedron (Sα) and the prismamonoclinic (Sβ). The arrangement of the molecules determines the stated forms, whose temperature of transition from one to another is 96 ° C; at room temperature the transition of the form is slower. 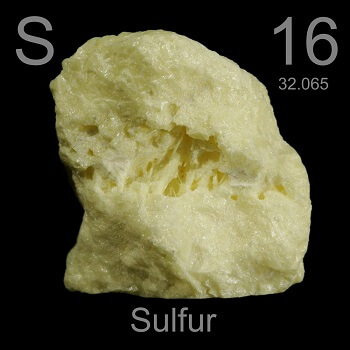 When the temperature rises, it becomes a fluid and transparent yellow liquid, which has changes in its properties and structure, the color turns brown and thick and becomes clear again when it reaches the boiling point, becoming a red and viscous liquid. These shape changes occur when the sulfur rings are separated and broken by combustion. When the viscous liquid cools down, a gummy mass called plastic sulfur is obtained. Once it cools, it crystallizes adopting the rhombic structure.

In the gaseous phase at 780 ° C it adopts a balanced form of mixture of orthorhombic and prismamonoclinic molecules; above 1800 ° C the molecular separation is complete and sulfur atoms are found.

What is the use of sulfur? The major part is destined to the production of sulfuric acid, one of the most important chemical products, used in turn to produce fertilizers from phosphates and ammonia.

The consumption of foods rich in sulfur benefits health and provides nutrients to the body. Its presence is recognized by the spicy flavor. Some of the foods richest in sulfur are:

It circulates through the biosphere in the following way:

Acid rain: the SO2 accumulated in the atmosphere can be combined with another oxygen atom forming the sulfur trioxide (SO3) which, in contact with atmospheric humidity, converts sulfuric acid (H2SO4), harmful to life. Precipitates to the surface in the form of “acid rain”. To combat acid rain it is necessary to reduce emissions of polluting gases, save energy and reduce fuel consumption.

The natural sulfur reserves are 5,000 million tons. Half of the sulfur used in industry is obtained by desulfurizing natural gas and petroleum by converting the sulfur compounds to hydrogen sulfide. Recovery from natural reserves is expensive and there are more regulations on environmental pollution.

Natural sulfides and added bonds in industrial processes can have harmful effects on human health. To avoid them, safe handling practices must be followed. Can produce:

It is not poisonous in small concentrations, although it is irritating to mucous membranes can be metabolized, but in high concentrations can produce respiratory arrest. Sulfur dioxide SO2, is an atmospheric pollutant gas, produces acid rain when transformed into SO3 sulfur oxide. Carbon disulfide CS2 is highly flammable, its ingestion in small quantities can cause paralysis.