10 Characteristics Of Sumerians, Who were the Sumerians?

The Sumerians were the first and oldest civilization that existed, located in the southern part of Mesopotamia, in the Middle East, in the alluvial plains of the Tigris and Euphrates rivers.

They appeared around the year 3100 a.C., after the Agricultural Revolution, and their empire controlled the area until around 2000 a.C., when they were conquered by neighboring civilizations.

The Sumerians spoke their own language and had their own religion, which was central to their social order. Their civilization established large city-states throughout their territory, which operated as temples from which their prince-priests addressed their people. Then the first military kings would appear. 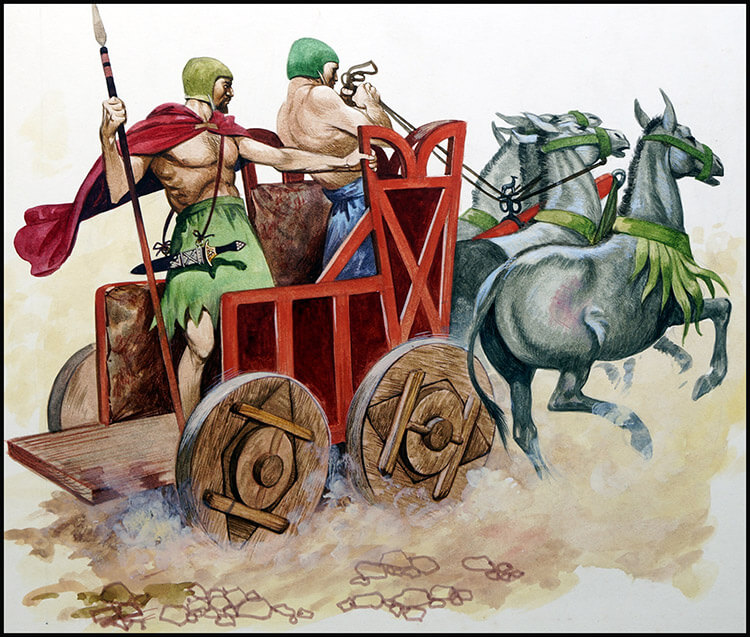 This ancient town is particularly famous for having invented the first writing system and having composed the first religious-literary text that has been recorded: the Poem of Gilgamesh.

The word Sumer comes from the Arcadian language, successors of the Sumerians in lower Mesopotamia, for the Sumerians called themselves sag-giga, which means “the people with black heads.” However, the exact etymological origin of this name is unknown, since in the Sumerian language the region was called ki-en-gi: something like the land of the lord of the cane field.

It does not help that the original homeland of the Sumerians, who arrived in eastern Mesopotamia, is unknown, nobody knows how. In addition, its language is not at all related to the languages ​​that would arise in the region later.

The Sumerians built numerous city-states, each controlled by a monarch-priest who addressed the people from large temples called ziggurats, around which the city developed. One of the main ones was Uruk, called Erec in the Bible and Warka by the Arabs. 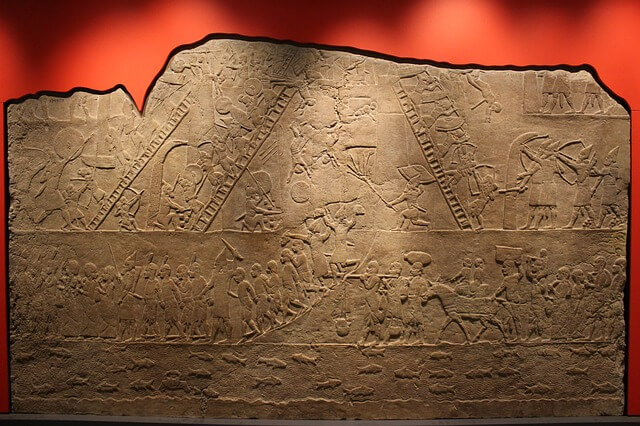 The society was governed initially by the priests, who administered the cult and the legal, economic and social affairs of their cities. However, as these grew and that the leadership of an army to defend them from the nomadic invaders became essential, the door was opened for the appearance of the first military kings.

The rest of the citizens were heterogeneous groups of merchants and artisans, free peasants who constituted the majority of the population, and slaves.

The Sumerian religion is a complicated subject, because even though they were the first to write about their myths and beliefs, the truth is that each city-state had its particular religious vision with its list of gods, since the Sumerians were Pantheists: they saw deities behind all things, from the sun and the moon, to the beer they distilled or the reeds that grew in the open.

Agriculture and livestock were two of the main Sumerian economic branches, as well as fishing and the raising of pack animals. They were a very active and laborious civilization, which designed methods of irrigation channels for planting and cultivated wheat, barley, chickpeas, lentils, dates, onion, garlic, leek, turnip and mustard, among others. The surplus of production was commercialized between the cities or with errant travelers. 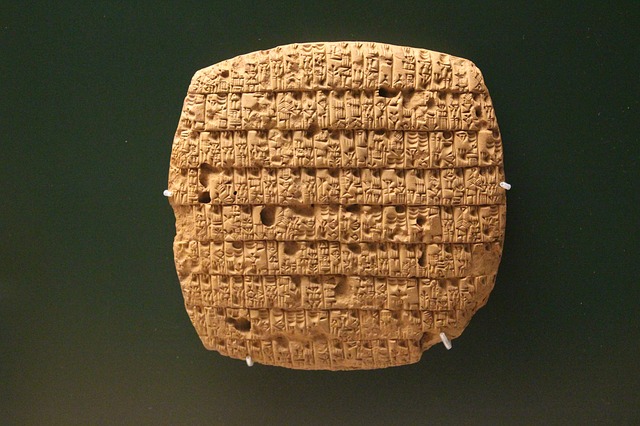 The Sumerians were lavish in architecture, especially brick buildings cooked without mortars or cements. Therefore, their buildings ended up deteriorating and had to be destroyed and rebuilt every so often. This eventually raised the level of the cities above the surrounding plains, further contributing to the grandeur of their ziggurats.

They were also interested in mathematics, creating arithmetic, geometry and algebra; and for literature, since they were the first to record their mythologies in writing. They wrote on clay tablets through a cuneiform system, and from them you can tell how much they advanced in medicine and pharmacology, using natural compounds to treat diseases.

The following periods of the history of the Sumerians are known:

The wars were almost constant in this segment of the world for almost 2000 years, which impelled the Sumerian inventiveness strongly, as much in techniques as in technology. They disposed of professional soldiers and formal military training, as well as innovations such as the cart pulled from onagros, the simple bow and the forge of metals in spears and helmets. 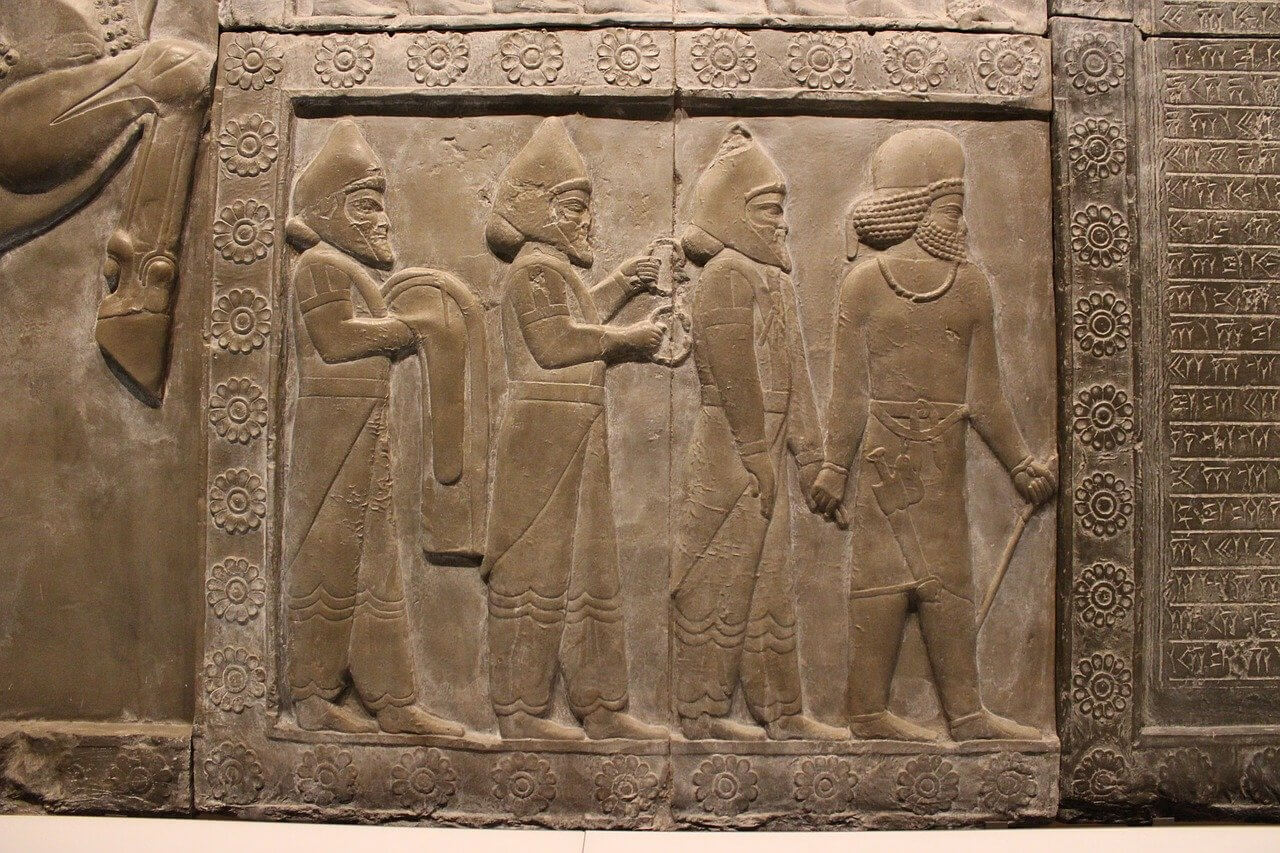 The Sumerian world was discovered in the mid-nineteenth century, through excavations in Assyrian places, where thousands of tablets written mostly in Arcadi were obtained. From their study it was possible to conclude that some were in a non-Semitic language, which was the first stumble with Sumerian. Further on you will find important pottery pieces and even the temples of Nebuchadnezzar II and Nabonido, Sumerian kings of importance.

The Sumerians are attributed, among their many inventions, wheel and writing, around the years 3500 and 3300 a.C. respectively, as well as the first astronomical notes, according to which the solar system consisted of five observable planets. They invented the beer, the coach and a calendar very similar to the current one.