10 Characteristics Of Snakes, What are Snakes?

Snakes, also known as ophidians, are reptiles without legs and extended body. A single species, the python, has developed small limbs with the passage of time.

It is possible to find more than 3,400 species of this animal throughout the length and breadth of the planet, a number that is constantly increasing from new research and scientific explorations.

Poisonous snakes, despite what is commonly thought, represent only 450 of all species. However, those that present bites with poison use this tool to end the life of their prey and then ingest them. This is the case of species such as cobras. Other varieties kill by strangulation, such as boas.

The snakes, belonging to the suborder of the Serpentes, are believed to come from some type of lizard, although its exact origin has not yet been confirmed by scientists.

One of the main features of snakes is the presence of a body extended along and cylindrical structure, of variable dimensions ranging from a few centimeters to several meters, always according to the species.

They also have scales, whose function is to reduce friction during displacement.

Thanks to the muscles present in the lower jaw, snakes manage to open their mouths to surprising dimensions. This feature allows them to eat their prey more easily and eat animals that greatly exceed their size.

The free articulation of its bones, for example in the area of ​​the skull, facilitates snakes a flexible body and easily adaptable to different needs. This allows them to increase their chances of hunting against adversaries of greater dimensions. 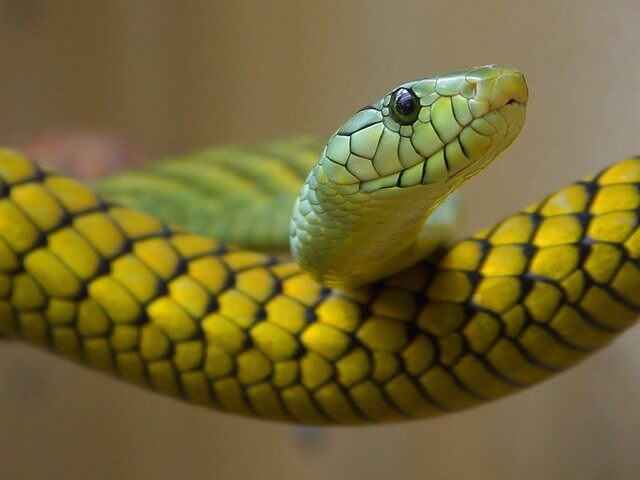 They have a bifurcated or divided in two language that allows them to capture information from two different areas, collecting data on aromas and odors present in the environment, which will be deposited in the mouth for later processing.

Snakes are not distinguished by the accuracy of their sense of hearing, since they have a very basic organ dedicated to this function. Also, they do not present external hearing.

6. They reproduce from eggs

Most varieties of snakes reproduce in oviparous form, that is, laying eggs. Boas, rattlesnakes and vipers are the exception. These species stop completely formed individuals, retaining the eggs in their bodies until the young can evolve independently.

7. They change their skin

These reptiles change their skin at different periods of their lives and permanently, mainly due to two issues: on the one hand, the molt marks a growth or change of phase and, on the other, allows them to recover from the wear of the skin that is generates in its form of displacement and living conditions.

The snakes move on the ground through oscillating and lateral movements, in contact with the surface they are crossing. It is a characteristic that they share with other reptiles. 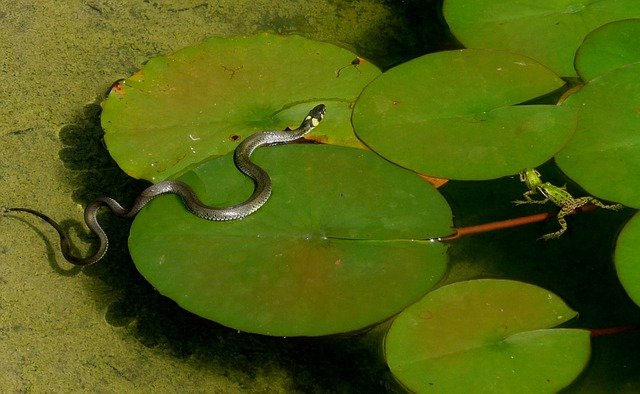 The diet of snakes is exclusively carnivorous. They feed on a great diversity of prey, including different mammals, birds, insects, fish and amphibians. The poison produced by some species allows them to immobilize and kill their victims before ingesting them.

10. They are found in aquatic and terrestrial environments

There are species of aquatic and terrestrial snakes. Those who live in aquatic environments can do it in both fresh and salt water. The terrestrial ones are in forests, deserts, jungles and other geographic spaces. They can be found all over the planet, with the only exception of the polar areas.