They are present in cells throughout the body (with the exception of sperm), although more are found in the cells of the liver and pancreas. They are part of the membrane of the endoplasmic reticulum.

What is the function of ribosomes? Protein synthesis is carried out within the ribosomes, that is, they are structures that generate proteins from the genetic information that is contained in the DNA.

Ribosomes use RNA as an intermediary to access DNA information and thus produce proteins. Then, and by way of summary, we explain what they are for, and their main characteristics. 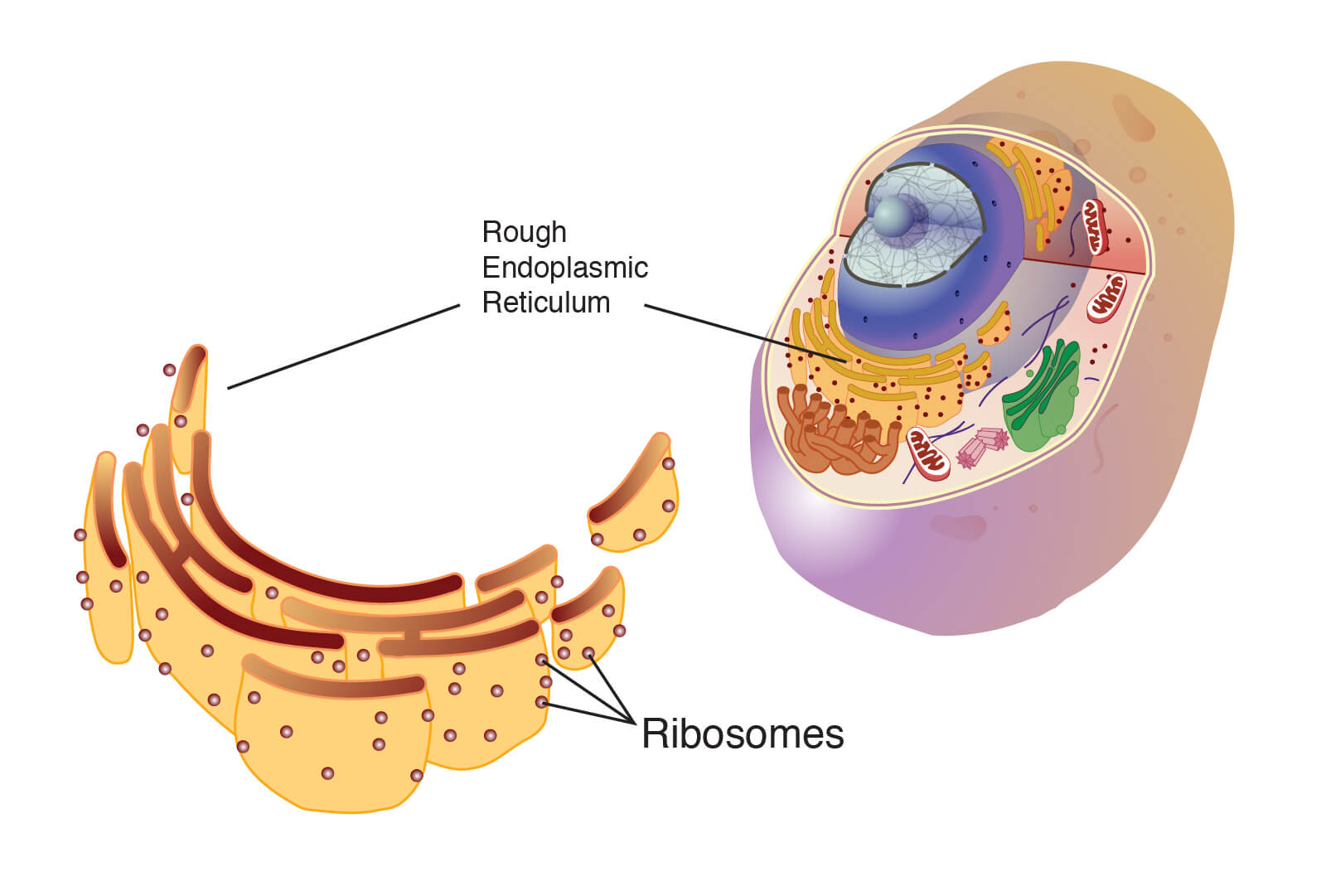 Ribosomes were first observed in the 1930s by Albert Claude who called them microsomes. It was not until the 1950s that George Palade observed these organelles through electron microscopy. These observations led to the suspicion that ribosomes were the site of protein synthesis, a hypothesis that was confirmed only in 1955 by Paul Zamecnik.

They originate in the center of the cell nucleus but then they travel to the cytoplasm, where they fulfill several functions depending on the cell to which they belong.

The size of the ribosomes is tiny, so they are only seen through a microscope. This size will depend on the cell you are in. In eukaryotic cells it will have a diameter of 320 A (ångström). In prokaryotes its size decreases to 290 A.

The amount of ribosomes found in each cell will depend largely on the purpose of the ribosomes, anyway it is estimated that each cell can have several million ribosomes in its interior. 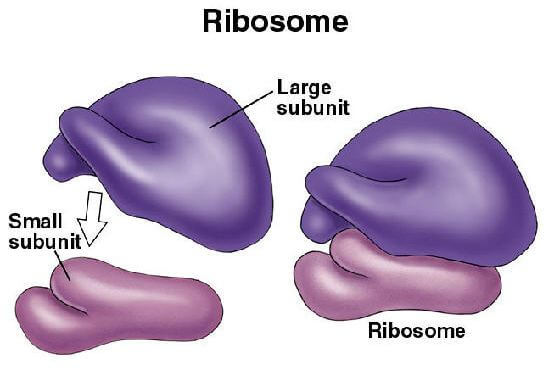 Ribosomes can be found in isolation within the cell or they can form poly ribosomes (groupings of various ribosomes). They can also be attached to the endoplasmic reticulum or next to the cell membrane.

They are composed of two sub-units. Between both subunits is the protein chain and RNA. These two subunits are coupled at the time of producing protein synthesis. In the microscope they are observed as dark structures with a granular appearance.

7. Participation of other components in protein synthesis

RNA Transfer: This RNA is responsible for transporting the amino acids.
Messenger RNA: It transmits information of genetic origin to the ribosomes.

8. Stages of protein synthesis or translation

Initiation stage: During this stage the messenger RNA arrives with the genetic information and is deposited in a small sub-unit. The transfer RNA transports the amino acids according to the information of the messenger RNA. Finally both subunits are coupled forming a complete ribosome.
Stage of elongation or elongation: The amino acids join and form what is called polypeptide. This process is called protein synthesis.
Termination stage: The messenger RNA completes its task of transmitting DNA and shortens the chain (polysome), releasing the already finished protein.

9. Difference between ribosomes and polysomes

A polysome is a chain of associated ribosomes through a filament 2 mm thick. The main function of the ribosomes is the synthesis of export proteins (they will travel to other cells), while the polysomes synthesize proteins of cellular location. 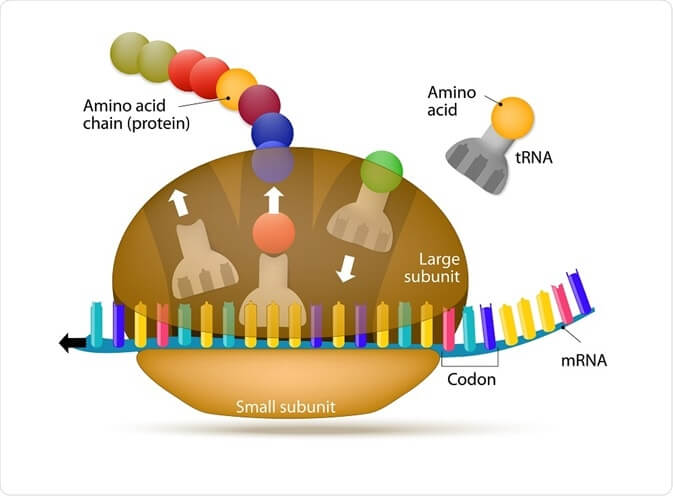 Depending on their purpose, proteins can have different destinations. This depends on the amount of peptides they have. A peptide is a type of molecule formed by the union of several amino acids.