The ozone layer is a gaseous belt of pure blue color that is between 15 and 40 km from Earth, meaning that this layer is in the atmosphere and forms a kind of protective shield that prevents them from reaching the Earth many of the harmful gases (ultraviolet rays) that come from the Sun.

This, in addition, allows to preserve life on Earth.

The ozone layer has different thickness, depending on the area in which it is located around the Earth. However, there are chemical agents that alter and damage or benefit this thickness, causing it to become thinner, preserve or recover thickness.

The thicker the ozone layer, the more protection from the sun’s harmful rays there is on Earth. 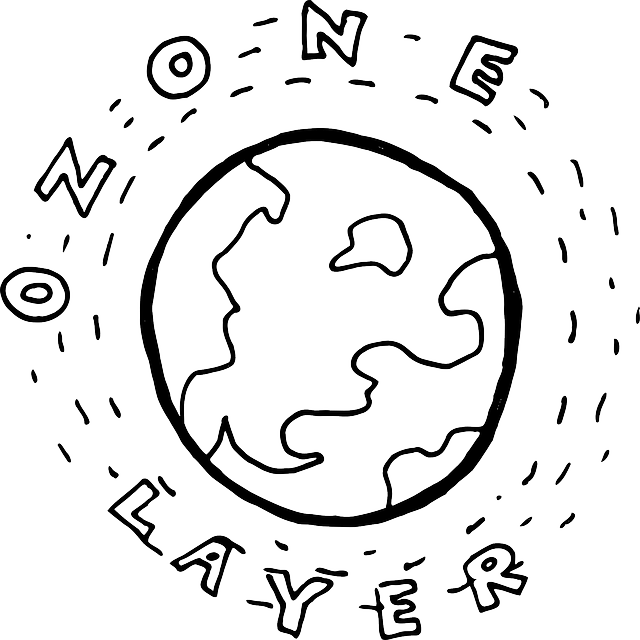 1. Study of the ozone layer

The ozone layer was discovered in 1913 by two physicists; Charles Fabry and Henri Buisson. Between the years 1928 and 1958 the meteorologist Dobson established a system for measuring the entire ozone layer around the world.

This system continues to operate until today. In fact, the Dobson units that measure ozone were established in their name as a tribute to their work.

The ozone layer is made up of ozone molecules. Specifically, each molecule of the ozone layer is composed of 3 oxygen atoms (O3). In the outer layer of the same, there is a significant amount of ozone that is responsible for slowing down 90% of ultraviolet rays (Uv rays).

3. Weakening of the ozone layer

With the arrival of the industrial revolution and the use of machinery of this type as well as the invention of automobiles, a modification occurred and many of these chemical compounds expelled their toxins into the atmosphere, gradually weakening it. In other words, they collaborate so that it becomes thinner and even breaks so that the ultraviolet rays that come from the Sun do not have that filter and reach the surface of the Earth generating great and unpleasant consequences for life.

The combustion gases are one of the main pollutants.
The main source of halocarbons, that is, components that destroy the ozone layer are:

Chemical elements for human use. The worst are the chlorofluorocarbons, an example of these are the gases that cars expel from the exhaust pipes; the toxic fumes that leave the factories (which are mostly gray or black). These chlorofluorocarbons can remain in small particles in the air for up to 100 years from their emission, destroying the ozone layer to a great extent.

Aerosols of all kinds. These aerosols contain a substance that, by pressing the aerosol, the chlorofluorocarbon particles remain in the air, also damaging the ozone layer. Other products that contain chlorofluorocarbons are air conditioning systems, freezers, refrigerators and synthetic foams.

When the ozone layer is very permeable to ultraviolet rays by the chemical products (halocarbons) that damage it, it breaks down, allowing these rays to reach the Earth’s surface, damaging the life of all living beings. This produces what was called an ozone hole.

7. Consequences for the human being

While the entire planet is affected by the hole in the ozone layer, this hole is not distributed evenly around the planet Earth.

To understand this we must remember that not all the planet has the same thickness of ozone layer, therefore, those areas that have less thickness of the layer, are more inclined to form an ozone hole allowing the entrance of the rays ultraviolet is greater than in those parts of the planet where the ozone layer is thickest.

At a global health level, the countries that are most exposed to ozone holes and that do not have the means to take care of their citizens, have the greatest impact affecting their health and, in some cases, causing death. .

Some of the effects of the ozone hole for the human being are: 8. Consequences for plant and animal life

Both plants and animals are affected by the ozone hole; Ultraviolet rays change the chemical composition of both plants and crops.

The ozone hole has already reached aquatic life, affecting and altering the balance between aerobic and anaerobic beings that live there. This produces that the waters that were drinkable in a natural way, become untreated, altering this ecosystem.

One of the best ways to start is the awareness of the irreversible damage, the harmful effects it produces on the environment and on the health of all living beings in order to start acting.

It is also important to recognize that this problem is current and that, in order to prevent harmful effects from continuing or worsening, it is necessary to implement environmental policies from the countries but also from small and medium-sized cities as well as from the nuclear family.

Do not buy products that contain CFC, as long as this is possible.

Avoid the repair of artifacts without environmental policy norms. The repair of refrigerators or systems of air conditioners can release CFC particles to the environment, causing a greater deterioration of the ozone layer.

Planting trees produces a higher level of ozone. This occurs as follows: Trees incorporate pollutants and gases through their leaves. Once they are inside the trees, many of them dissolve and transform themselves into fertilizers.