Oceania is the name that designates the insular continent composed of the continental shelf of Australia, New Zealand, the islands of New Guinea and the archipelagos of Melanesia, Micronesia and Polynesia.

This continent, the smallest on the planet, is located south of the Pacific Ocean, west of the Indian Ocean and southeast of the Asian continent.

The name Oceania comes from the Greek Okeanos, which translates to the ocean, and was coined in 1812 by the Danish geographer Conrad Malte-Brun, although it is known from its autochthonous cultures (Austronesias) as early as in the second century BC. Spanish and Portuguese navigators were the first Europeans to arrive in the area, a prelude to colonization mainly French, British and then American.

Today the continent presents a series of independent countries, some of them since the 19th century (the British colonies, above all) and others much later, in the mid-20th century.

The human group that inhabits the continent is extremely varied in its customs and cultures, exhibiting an interesting diversity in spite of its very low population density rate. 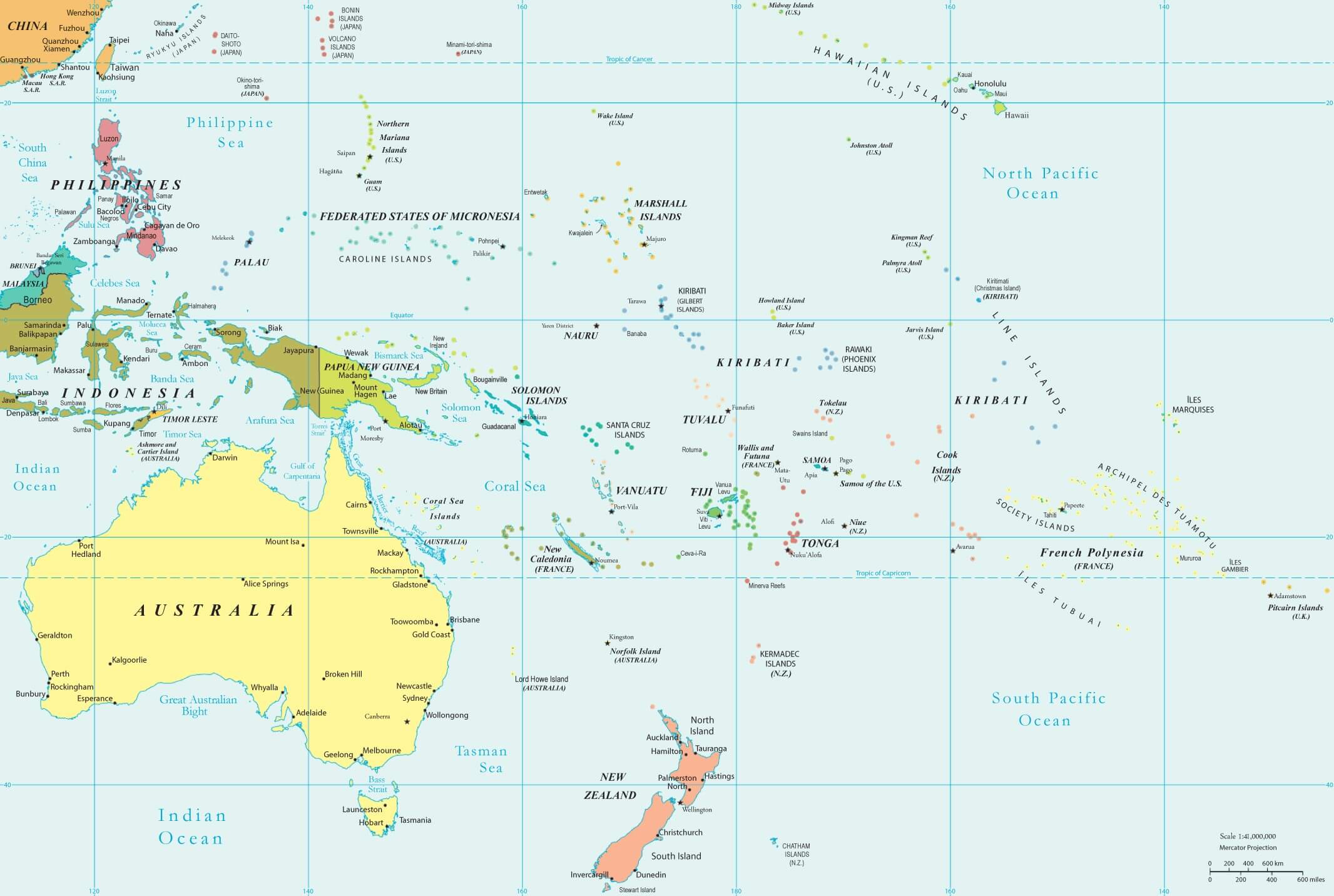 It should be noted that in the Anglo-Saxon continental model this continent is called only Australia (differentiating it from the country of the same name), and it is not usually included in the Pacific Islands.

Relief of New Zealand
Lake Matheson, New Zealand.
Although the territories of Oceania are mostly insular, the desert regions are the most abundant, to the point that 40% of its total area is covered by sand dunes. Among these territories are the driest, flattest, oldest and least fertile of all the continents of the world.

Oceania is the least populated continent of all, with the exception of Antarctica. The number of its inhabitants is approximately 34,300,000 (according to the 2010 census), a figure that is increasing due to the substantial difference regarding the birth rate (21%) and mortality (9%). The total population density, however, ranges only between 2.8 and 3.4 inhabitants per square kilometer.

The bulk of the population (92.1%) is concentrated in Australia, New Zealand and Papua New Guinea, with a strong immigrant presence or descendants of European settlers. The rest is distributed among the island countries of Micronesia, Melanesia and Polynesia, where native ethnic groups abound. 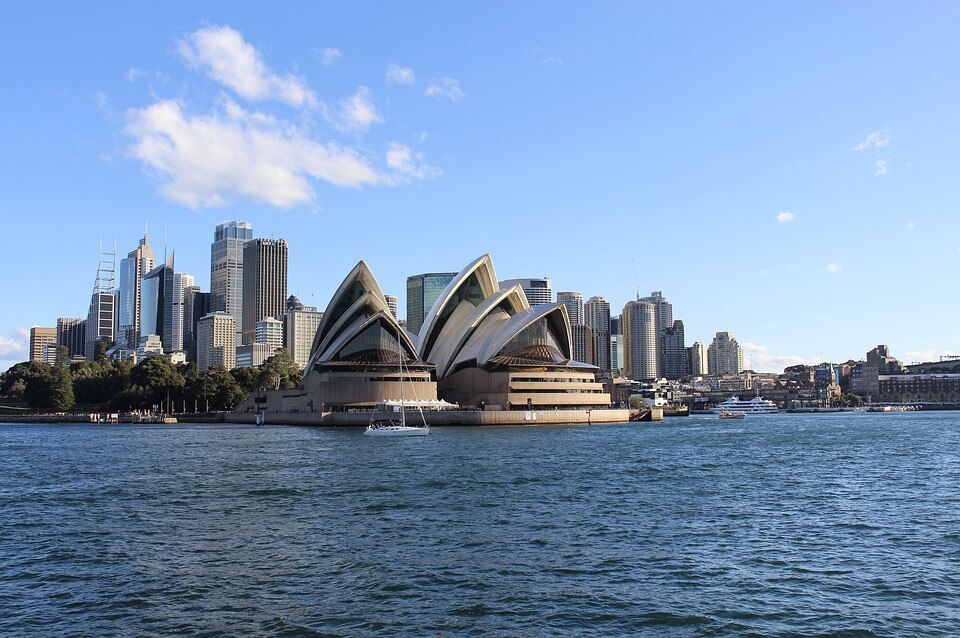 The languages ​​of Oceania are diverse, but the most spoken are four: English, tok pisin, French and the Hindi of Fiji. There are also native languages, such as the Samoan, the Fijian and the enga (Papu). In some islands of Chilean sovereignty, like Easter Island, Spanish is spoken.

The bulk of the population of Oceania practices Protestantism (42.7%), followed by Catholicism (24.7%) and by other Christian sects (14.8%). There is also a presence of the Orthodox Church, Buddhism, Islam and Hindi religion, especially in Fiji. A minority percentage of the population practices traditional religions.

Oceania contributes barely 1% of the total world production, so it is not a continent of much weight in the matter. Australia and New Zealand have diversified economies, with a strong presence in the services area and in the primary sector (production), since between both countries they accumulate 40% of the world’s sheep.

Australia and New Guinea, have important mining sites that allow a heavy industry and metals, while New Zealand uses its lakes for the generation of hydroelectric power, thus promoting its industrialization. These countries have considerable influence in Asian markets.

The islands of the Pacific, on the other hand, subsist mostly on tourism and fishing.

Of all of Oceania, only the former British colonies of Australia and New Zealand have Western democratic governments, although Samoa, Vanuatu and Tonga also exhibit stable republics.

Not so the rest of the countries, which have a marked political irregularity and frequent tensions between the dependent states and their most powerful guardians in Europe or Oceania itself.

new zeland rugby – sub 20
New Zealand Sub-20 Rugby Team.
In most countries of Oceania the practice of rugby, football and cricket is popular, although there are also local or native sports of importance in the islands of the Pacific. Australia and New Zealand stand out in rugby, enjoying outstanding participation in world tournaments, in which other countries such as Argentina participate. 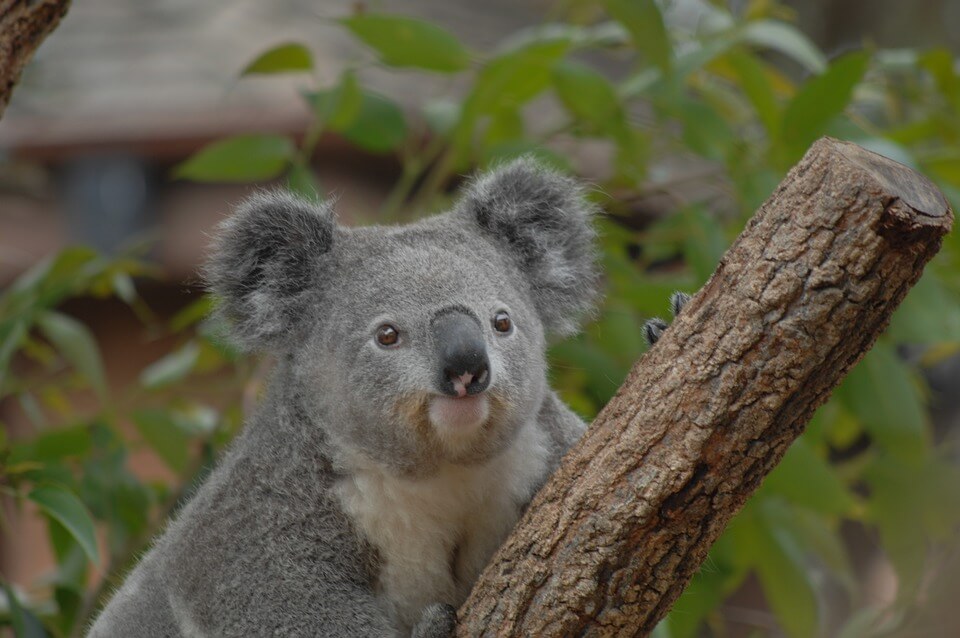 There is an important biodiversity in the continent of Oceania, which presents tropical, subtropical, marine, tundra and high mountain ecosystems. It is characterized by numerous endemic species, such as the Koala bear, the Kangaroo, the famous Tasmanian devil, the platypus and the broom-tail possum. Many of them have become true symbols of the continent.