10 Characteristics Of Moon – Features of Our Satellite Moon

The satellites (including the Moon) are never in the same place, but are in continuous movement, orbiting your planet.

The Moon is a large natural satellite and within the solar system is the largest of all. In fact, various studies have been carried out on why the Moon was not absorbed by the Earth at the time of its formation.

The importance of the Moon is indispensable for our planet. It is believed that if the Moon does not exist, life on Earth would not be possible.

Because of the distance between the Earth and the Moon, a rocket must take 3 days from the time it leaves until it reaches the Moon. After several attempts the first rocket that landed and returned to Earth was Apollo 11. The first astronaut to step on the Moon was Neil Armstrong. 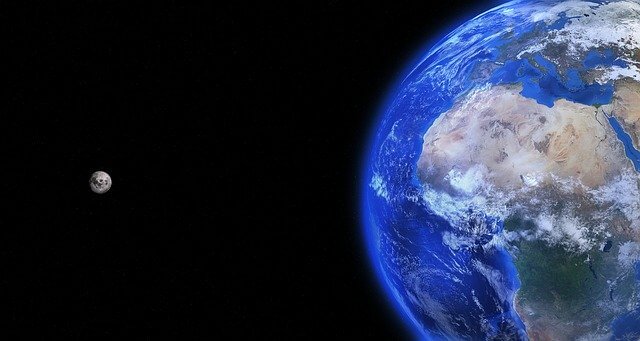 The moon is at a distance of 385,000 km from Earth. This is 4 times smaller than the size of the Earth and is made up of different parts:

Cortex. On the lunar surface is the crust; there it is possible to distinguish lunar craters. Although the moon does not have water, it is possible to distinguish areas called lunar seas in the crust, as well as areas known as lunar lands.
Mantle. After the lunar crust is the mantle.
Lunar core. Below is the nucleus that can be divided into two parts: a first liquid part and a solid central part.
The density of the Moon is only 60% the density of the Earth. This is the reason why on the Moon everything weighs less than on Earth. Finally it is important to say that the Moon has no atmosphere. This prevents breathing without oxygen masks and special suits.

2. Theories about its formation

There are several theories about the formation of the origin of the Moon although at this moment it has not been possible to confirm any.

3. The orbit of the Moon

The orbit of the Moon is almost circular. This is just 5º inclined with respect to the orbit that makes the planet Earth. This is why it is correct to say that the Moon’s orbit is elliptical. It rotates counterclockwise. However, the lunar ellipse axis is not fixed.

In addition we can say that the Moon moves away around 4 cm per year with respect to the Earth and at the same time slows the rotation of the planet Earth. 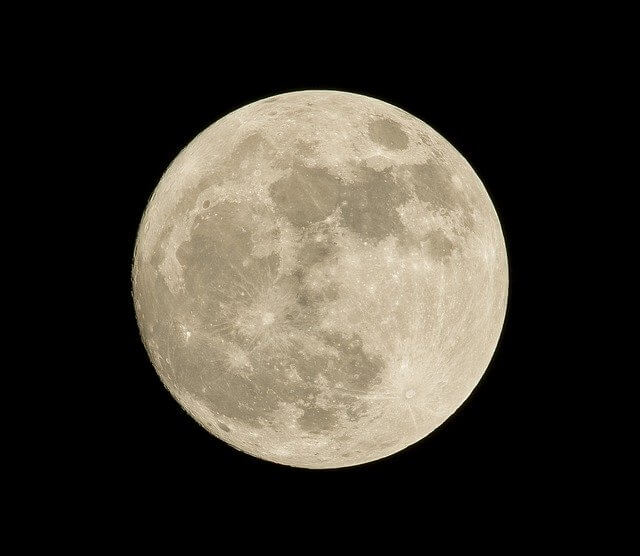 4. Moves of the Moon

The movement of the Moon consists of two types:

Rotatory motion. In this movement the Moon turns on itself.
Translation movement. It is the movement of the Moon around Planet Earth.
The moon takes 28 days to make a complete return to Earth. Given the movement of rotation and translation, the moon always shows the same face of it to the Earth. Therefore, there is a part that has not been known until the moon landing occurred.

The Moon is fundamental for the functioning of life on Planet Earth:

Tides It is the moon that produces the tides of the ocean.
Weather. The Moon is responsible for keeping the climate of the planet Earth regulated.
Acceleration of the Earth. Without the presence of the Moon, the Earth would give 1 turn every 8 hours, when it normally does it in 24 hours, that is, one day.
Winds Without the presence of the Moon, the winds would be practically hurricane.

The phases of the Moon are produced because, as it revolves around the Earth, it reflects the Sun’s light. As the Moon rotates around the Earth it presents a different aspect. The lunar phases are 4 and each lasts approximately 1 week, completing a lunar cycle in 28 days.

Phase of the new moon. In this phase, the Moon is passing between the Earth and the Sun. Since the face opposite the Earth is exactly in front of the sunlight, it is likely that the new moon is almost imperceptible from Earth.

This phase is identifiable when the face of the visible Moon is that of the right. It is visible approximately one week after the previous phase and it is common for the Moon to be seen only in half.

In this phase the Moon is opposite the Sun. In other words, the Earth is between the Moon (on one side of it) and on the other side is the Sun. For this reason you can see the entire face visible from the Earth and hence the name of this phase.

When the moon has the visible part of the left side, it is said that it is in a crescent. The name of this phase comes when the face of the visible Moon begins to wane, that is, begins to look smaller or invisible by the effect of sunlight. 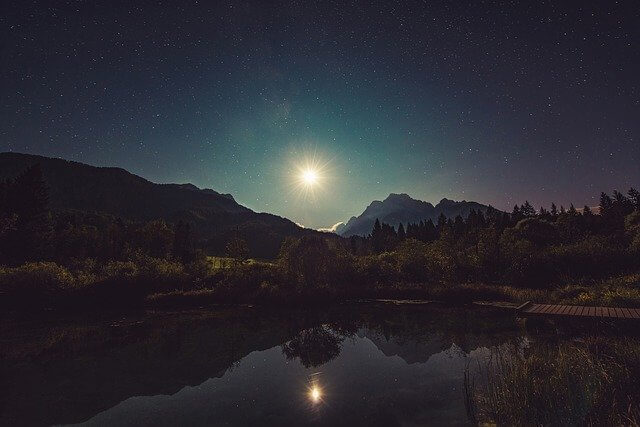 It is important not to confuse a solar eclipse with a lunar eclipse.

Solar eclipse. It occurs when the Moon hides the Sun. This only happens during the new moon phase.
Lunar eclipse. It happens when the Earth interposes between the Sun and the Moon. In this case the 3 bodies (Earth, Sun and Moon) must be aligned. This occurs in the phase of the full moon.