Liquids are substances that present a state of specific aggregation, in which their particles are sufficiently close together to maintain a minimum cohesion (not as much as solids, but much more than gases) and loose enough to allow at the same time the fluidity.

This state of matter is usually considered an intermediate point between solid things and soda, and usually results from the injection of energy to the former (fusion) or the subtraction of energy to the latter (condensation). Another possible way to do this is the variation of the pressure conditions. In any case, the particles of a liquid are halfway between the rigidity of the solid and the dispersion of the gaseous.

Liquids are difficult to compress and lack a certain shape, while presenting unique properties such as surface tension. Many substances are liquid in their natural state (like water), while others can be liquid only under specific conditions. 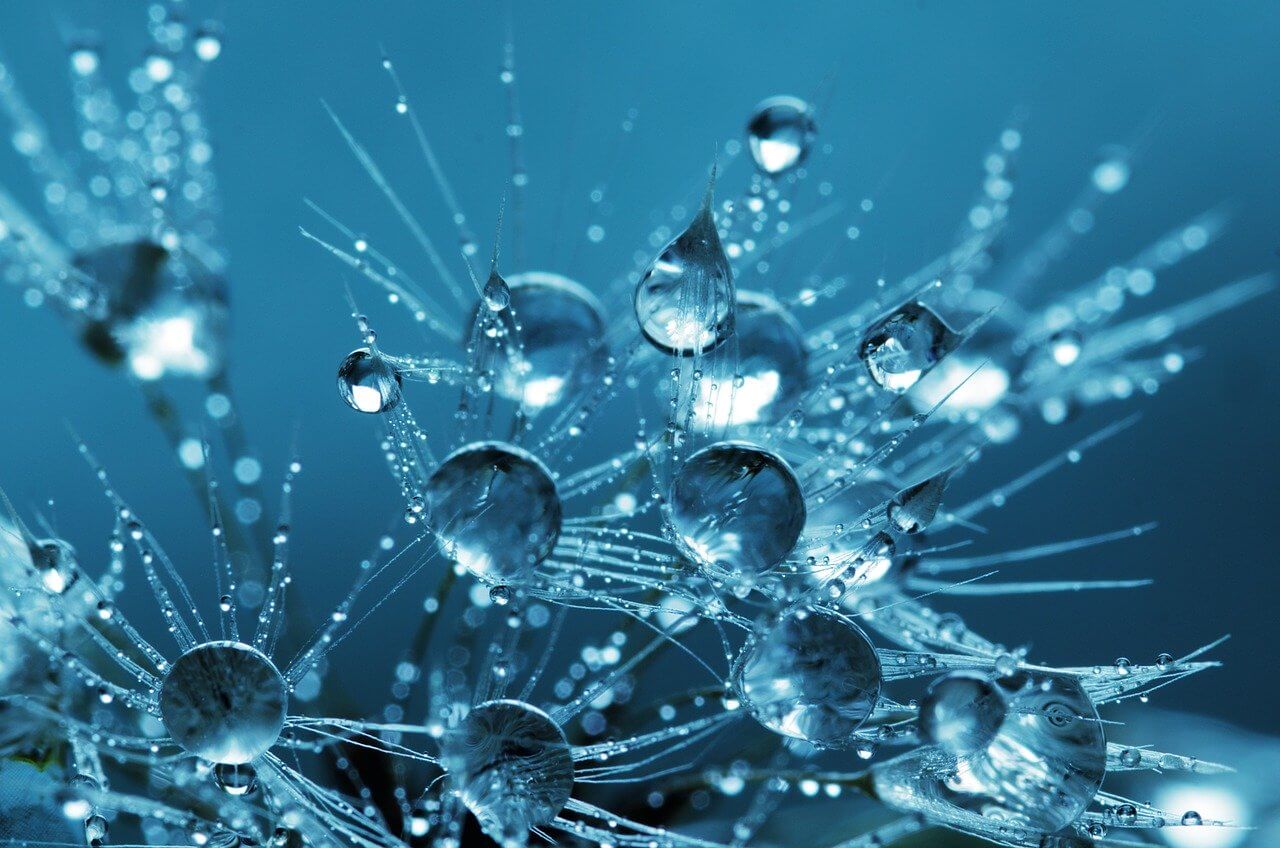 Liquids lack a definite shape, so they acquire the one they print their container. A glass of water will have the shape of the glass, while a drop will have a semi-spherical shape.

The fluidity is one of the main characteristics of liquids and gases, which determines its ability to leave one vessel in favor of another through narrow or variable conduits, since the particles of the substances in these states of aggregation lack shape memory, that is, they do not insist on a certain form, like solids.

Viscosity refers to the resistance to flow exerted by the internal forces of a liquid, which slow down more or less its deformation when it is poured out of its container or put into operation.

The more viscous liquids (such as oil, tar, etc.) flow slowly because their particles adhere more to each other when rubbing; while low viscosity liquids (such as water) flow much more quickly. 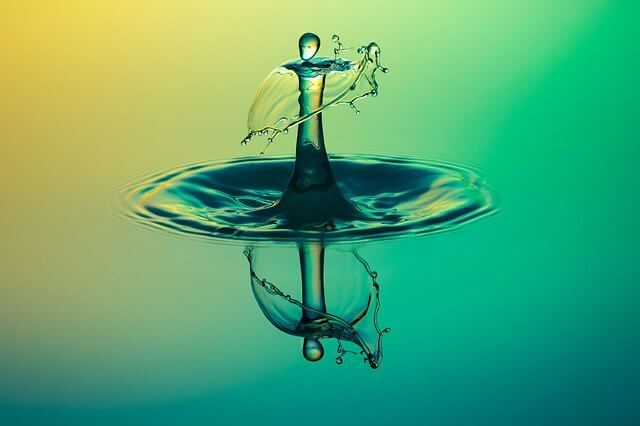 Liquids have an intrinsic ability to adhere to other substances and surfaces, something that can be evidenced by the drops that remain on objects sprayed with water or on objects that are immersed in a liquid. Things get wet because of this particular phenomenon of liquids.

A characteristic of liquids is to present surface tension, that is, a property of the particles of its surface that is able to resist the penetration of objects up to a certain margin, functioning as an elastic layer.

It is so that certain insects can “walk” on the surface of the water, or the fallen leaves can remain on it without sinking. Depending on their density, liquids may have more or less surface tension.

This property of liquids depends directly on their surface tension, and allows them to ascend or descend through a tube that is immersed in a container filled with liquid. This is due to the displacement by volume of the liquid, which resists the penetration of the tube, moving inside it.

A clear example occurs when we insert a straw (straw, straw, straw, etc.) into a glass of water and watch the liquid flow into it to levels even higher than the water in the glass.

Liquids have an important density (variable according to their nature, of course), which keeps their particles together and gives them cohesion. This is much smaller than that of solids, for example, that resist deformation and exhibit fragility; Liquids, on the other hand, can “break” into always equal particles of the same liquid. 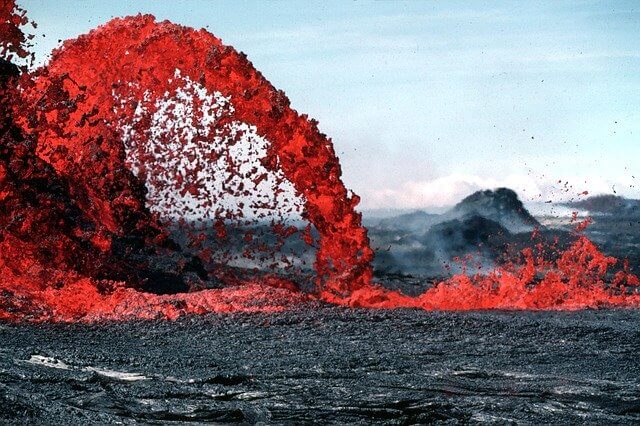 Liquids can change their physical state, as follows:

Evaporation. When heat energy is introduced to a liquid (such as when boiling water), it forces its particles to move more quickly and to expand the space between them, thus slowly becoming a gas.

Solidification. When caloric energy is extracted from a liquid (as when freezing water), the movement of the particles slows or stops, forcing them to form fixed structures (like crystals), thus becoming a solid.

9. Changes of state to liquid

The solid or gaseous substances can be carried to liquid state in the following way:

Fusion. Heat is introduced into a solid object until it allows its particles to overcome the rigid structure of the whole and move more quickly, expanding the space that separates them and flowing into liquidity. If this liquid is then cooled, the reverse process will occur.

Condensation. It happens when the particles of a gas come into contact with a cold surface (or colder than the gas), which causes the appearance of liquid droplets on the surface, evidence that the gas has gone into liquid.

Liquefaction. Another process to convert gases into liquids, but that does not use temperature but pressure: it increases the pressure to which the gas is subjected until it is compressed enormously, forcing its particles to get closer than they normally are and thus becoming in liquid while maintaining pressure conditions.

Examples of liquids The most abundant liquids of nature are water (H2O), petroleum, terrestrial or lava (highly viscous) magma, the blood of superior animals and the sap of trees.