Karl Marx was a nineteenth-century philosopher, economist and intellectual. Along with Friedrich Engels was the main theoretician of communism and the father of socialism.

For his journalistic writings opposed to the economic and aristocratic powers, he was politically persecuted and expelled from both France and Germany.

His notions about economics, politics and ideology are still used today by philosophers, social scientists and politicians from around the world. He was the most important analyst of the new society that was born together with the industrial revolution and capitalism. 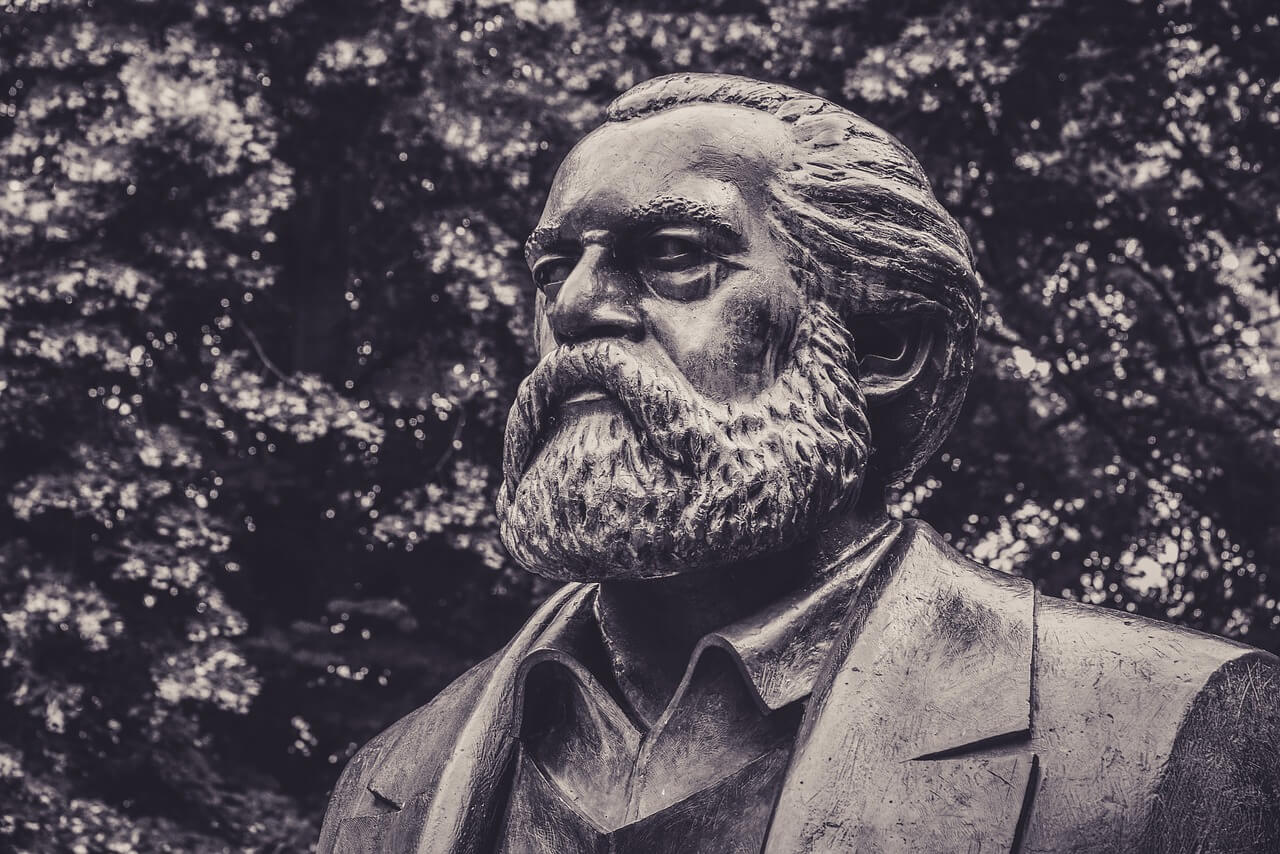 Karl Marx was born on May 5, 1818, in the city of Trier, in the former Kingdom of Prussia (today part of Germany). He was the grandson of two rabbis, in a middle class family. Marx’s father converted from Judaism to Protestantism to avoid anti-Semitic restrictions that existed in Prussia at that time. That is why Marx was baptized. The family had nine children.

In 1843 he moved to Paris, where he participated in the socialist newspaper “Franco-German Yearbooks”, but in 1845 he was expelled from France for his socialist ideas and emigrated to Brussels (Belgium) where he was prohibited from publishing texts on politics. In 1848 he returned to Cologne (Germany) but was soon expelled and moved to London in 1849. He died in London on March 14, 1883.

2. Follower and critic of Friedrich Hegel

Friedrich Hegel was a German philosopher (1770 – 1831) who significantly influenced the thinking of the nineteenth and twentieth centuries. In the 1840s, Marx was one of the young Hegelians, along with Ludwig Feuerbach and Bruno Bauer.

The new thinkers criticized the metaphysical assumptions of Hegel but adopted their dialectical method that served as a critical position before the different aspects of society: ideology, religion, politics.

Marx met Engels in Paris in 1844. Engels’s book “The situation of the working class in England” convinced Marx that the instrument of socialist revolution would be the working class. Together they wrote a series of articles and books that today reflect Marxist thought. In 1848 together they published the Manifesto of the Communist Party.

Marx criticized materialistic philosophers because they are simply contemplative. Furthermore, he rejected idealism because it reduced the practical to the theoretical.

Marx proposes as an alternative historical materialism, which holds that the world is not changed by ideas but through material, practical and physical action. Historical materialism is one of the notions that Marx developed together with Engels in the book “The German Ideology”. 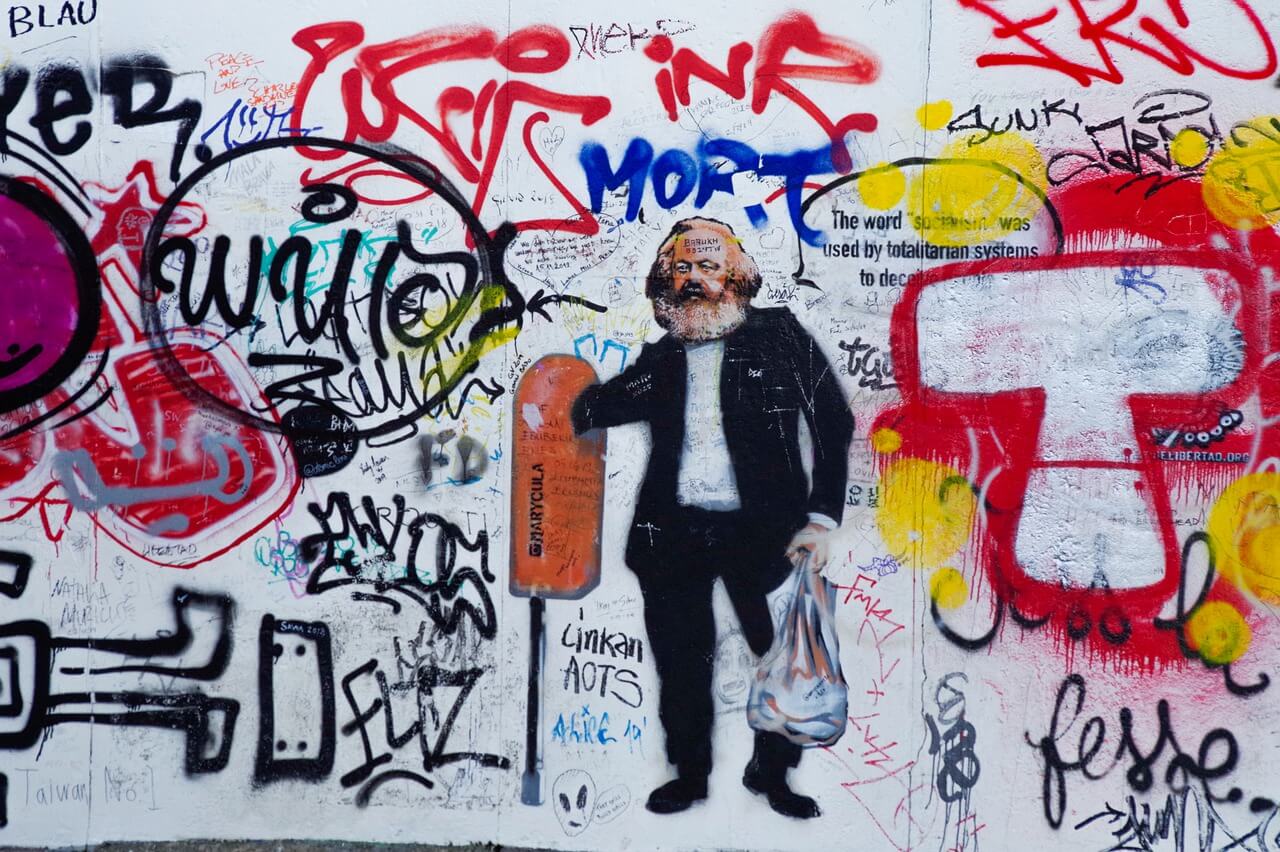 According to Marx, the struggle between the exploited and exploiters is a constant in the history of humanity. From the development of capitalism this struggle is between the two classes that divide society:

Marx’s book “Capital. Critique of political economy “is a book in three volumes, the first of which was published in 1867, and the next two were published after the death of Marx.

In Capital, Marx explains how capitalist production works, describing the origin and function of merchandise, currency, surplus value, salary and capital accumulation. It is his most important and comprehensive work.

Capitalism is based on the possibility of accumulating wealth. In the context of capitalism, the worker who generated that wealth receives less in his salary than he produces. That difference is called surplus value. The surplus value is conserved by the capitalist and is the way in which it accumulates capital. That is, the accumulation of capital is a consequence of the exploitation of workers.

9. Dictatorship of the proletariat

It is a form of society in which the proletariat has control over political power.
It is considered as a period of transition between capitalism and communism, therefore it is only a means and not an end.
Vladimir Lenin subsequently took the idea of ​​Dictatorship of the proletariat not as a period of transition but also as the first phase of communism.

Philosophers have only interpreted the world in different ways, but what it is about is transforming it.
The history of all societies to this day is the history of the class struggle.
Man is the supreme being for man.
The worst fight is the one that is not done.
The way things are presented is not the way they are; and if things were as they are presented, the whole science would be left over.
The motor of history is the class struggle.
Communism does not deprive anyone of the power to appropriate social products; The only thing that he does not admit is the power to usurp through this appropriation the work of others.
It is not the conscience of man that determines his being, but, on the contrary, the social being is what determines his consciousness.