Galileo Galilei was an Italian scientist who lived in the sixteenth and seventeenth centuries (1564 to 1642). He was an astronomer, philosopher, physicist, mathematician and engineer.

He invented scientific devices such as the telescope and was the first scientist to obtain experimental evidence that the Earth revolves around the Sun. His method based on experimentation and the measurement of phenomena are the basis of modern science. His discoveries in physics explain the behavior of bodies as we understand them today. 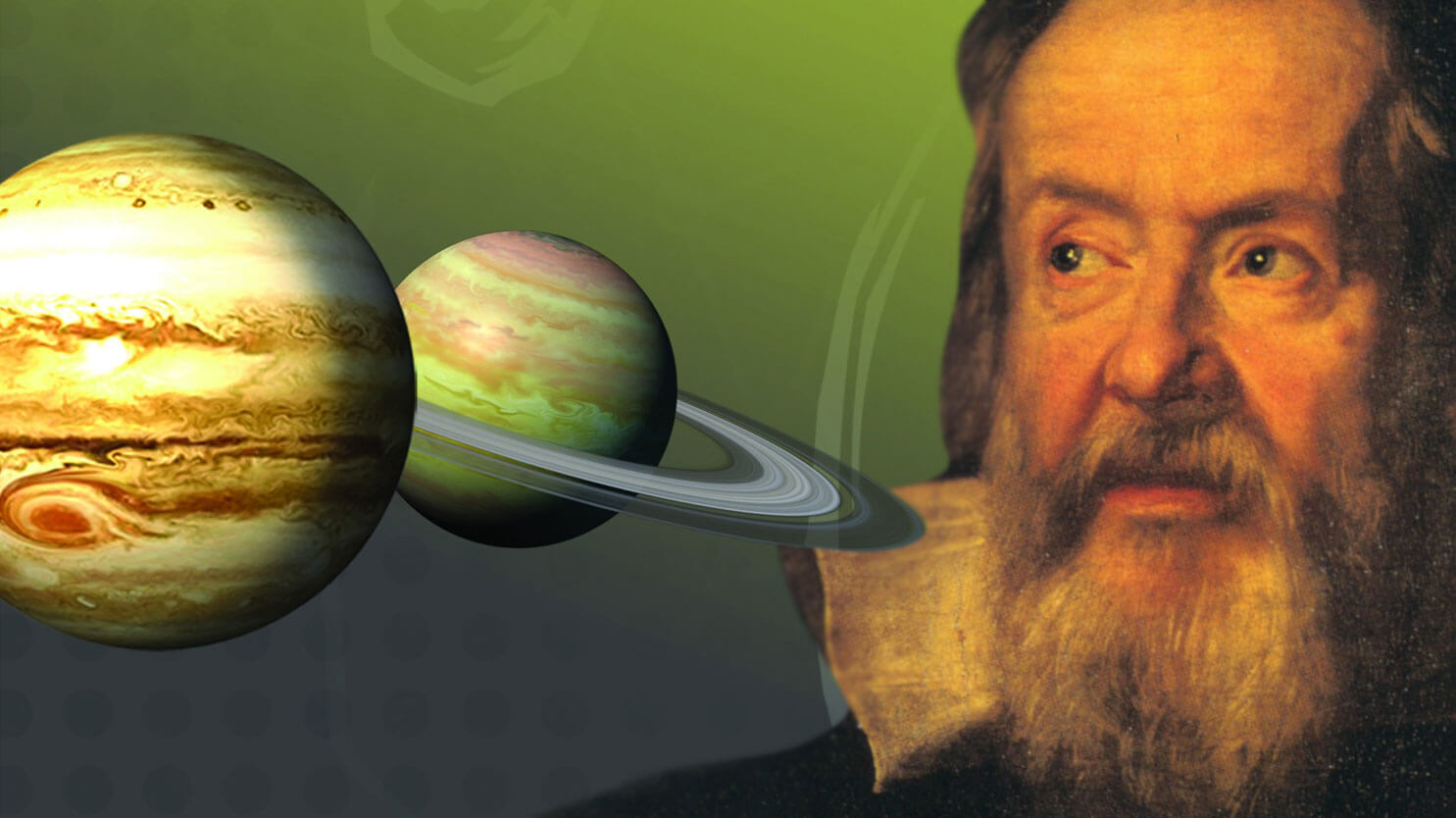 Galileo Galilei is, to this day, a center of controversy for having been forced by the Church to deny its own theories.

The telescope was invented at the end of the 16th century (in the 1590s), in the Netherlands. Galileo Galilei learned about the invention in 1609 and built one himself. It was superior to the invention of Dutch for several reasons:

It does not deform the objects.
Its capacity of increase is double that of the previous telescope. That is to say, it increases 6 times the size of what is observed. Shortly after, he achieved a telescope that increased twenty times the size.
It does not invert the image.
Thanks to the perfection of the telescope, Galileo will make great astronomical discoveries, including its heliocentric theory.

Galileo discovered the main laws of motion, which were then taken by Isaac Newton to enunciate Newton’s First Law.

3. Invention of the pendulum

The pendulum is an object suspended by a thread from a fixed point. Galileo discovered isochronism:

The period of oscillation of a pendulum of a given length is independent of its amplitude (the maximum distance that the pendulum moves away from the equilibrium position.)

4. Other inventions and discoveries

He explained and applied the use of mathematics to describe, understand and anticipate natural phenomena.
He explained the resistance of materials and friction: he contradicted Aristotle, who had argued that the acceleration of falling bodies was proportional to his weight. Galileo showed that air acts as a brake (friction) and that therefore the speed of fall depends on the shape of the object and not on its weight.
He described the law of inertia and the law of forces, being the antecedent that Isaac Newton used to define Newton’s first and second law.
Law of pendular movement.
Law of accelerated movement.
Thermometer: the first device that fulfilled the same function as our current thermometers was the thermoscope, created by Galileo in 1606. It was the first device that allowed to measure and compare the level of heat and cold. 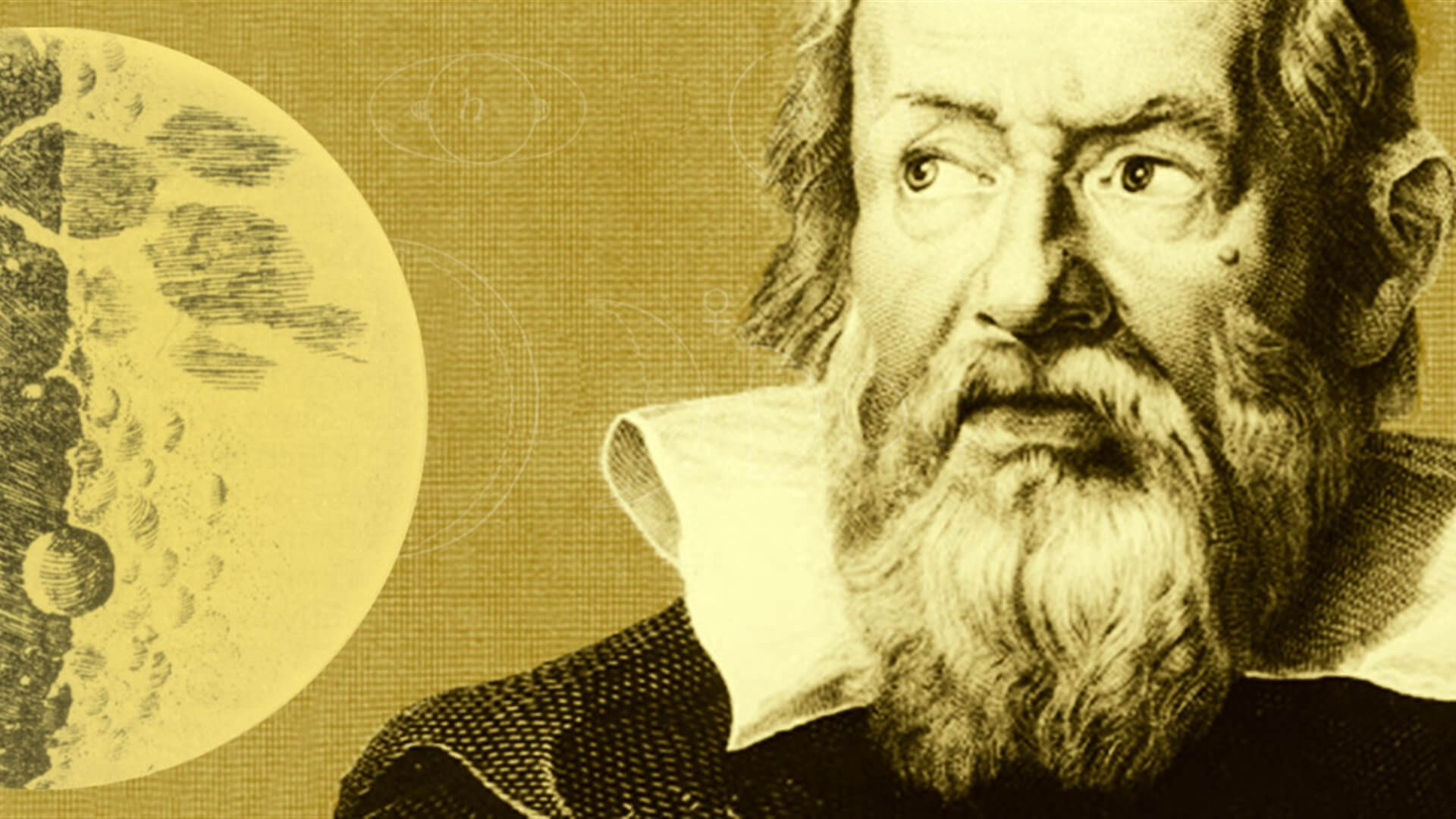 The first scientist to propose the theory that planets and stars revolved around the sun was the Greek astronomer Aristarchus of Samos, in the third century BC, but his work was lost for centuries. Then, in the sixteenth century, Nicolaus Copernicus held the same theory from astronomical observations, which allowed us to calculate past and future positions of the stars. That is to say that the theory, which until now was a philosophical speculation, had scientific support for the first time.

Both the geocentric and the heliocentric theory are wrong, since only the Solar System (and not the entire universe) revolves around the Sun. However, Copernicus’ discoveries were correct with respect to the movement of the planets.

Galileo finds (thanks to the telescope) and presents a series of tests that go against the Aristotelian theory, which holds that the Earth is the center of the universe and that the universe is perfect:

The movement of Venus around the Sun
Discovery of the enormous distance that separates the planets from the stars.
These discoveries are the first experimental tests of the Copernican theory.

8. Other discoveries in astronomy

In addition to the telescope, Galileo Galilei allowed the advance of astronomy thanks to several discoveries:

He discovered the satellites of Jupiter.
First observations of sunspots in 1610.
First observations of the surface of the Moon: thanks to its telescope that increased the observed object twenty times, it discovers that the Moon is not a perfect sphere (as the Aristotelian theory points out).
Discover the rings of Saturn (although it does not identify them as rings but as appendices) in 1610.
Discover the phases of Venus in 1610.

Galileo used the experimental method, which is the basis of modern science. The experimental method is based on the observation of the phenomena, the execution of experiments and the control of the variables. This was the way in which he was able to develop, for example, his observations on the fall of bodies: by throwing objects from the tower of Pisa. 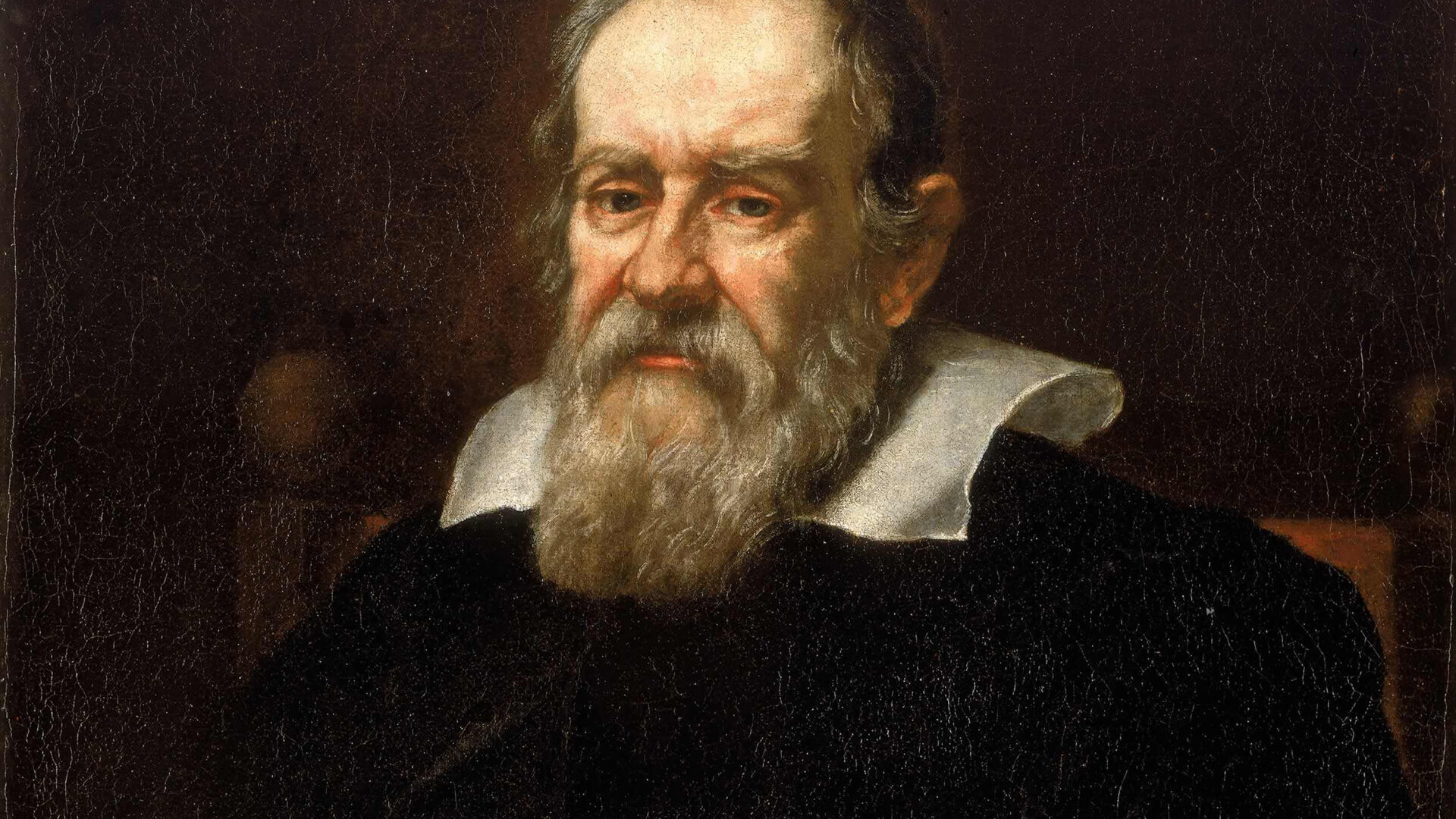 9. Conflict with the Church and Abjuration

His conflicts with the Church were due to his theories coming into contradiction with the Bible or with the statements of Aristotle (philosopher of ancient Greece) to whom the Church considered the highest authority, after the Bible, on philosophical, physical issues and astronomical. In 1633, he was arrested and forced to abjure (deny the veracity) of his heliocentric theory.

Doubt is the mother of invention.
Measure what can be measured, and what does not, make it measurable.
Mathematics is the alphabet with which God has written the universe.
Where the senses fail us, reason must intervene.
“And yet, it moves.” Unconfirmed phrase that Galileo allegedly said then forced himself to affirm that the Earth does not revolve around the sun.