Fish are the first vertebrate animals that emerged throughout animal evolution, it is estimated that about 400 million years ago.

Fish have always had a strong link with man: they have been and are a very important source of human nutrition, and represent an interesting hobby for those who decide to raise fish as pets and build and maintain their own aquariums. Next, we expose the main characteristics of the fish. 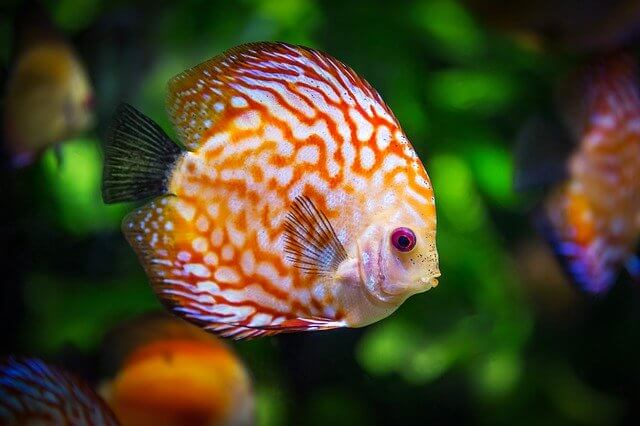 What do the fish eat? Within the fish there are several forms of feeding:

To be able to breathe in water, where air (and oxygen) are dissolved, fish use special organs called gills. These are very thin and highly vascular laminar structures, grouped in bone arches.

In these gill lamellae the gas exchange takes place, which is countercurrent, because there it circulates in the opposite direction to water, this optimizes the capillary diffusion of dissolved oxygen. Some fish also have external gills, which emerge on either side of the neck.

Cartilaginous or chondrichthyan: They have a cartilaginous skeleton; the skin is covered with placoid scales and lacks swim bladder. The sharks and rays derive from them.
Bones or ostectices: They have bone skeleton and swim bladder; however, in some groups the swim bladder has evolved and has become a kind of lung. 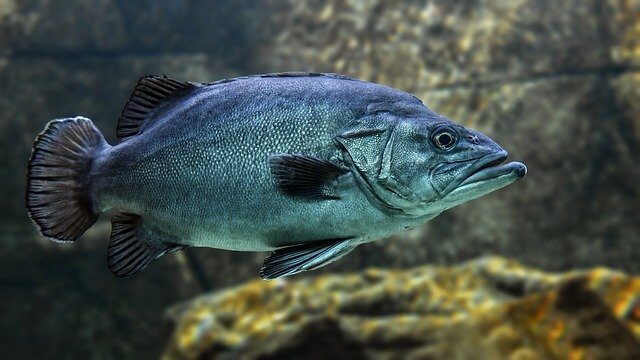 The body of the fish is covered by scales of a horn material, these scales protect them from abrasive substances that may be present in the water and give the body some elasticity, which helps in swimming.

The fish have a shape that helps them move through the water, they are usually flattened or have a spindle shape and the fins collaborate in the swim.

The swim bladder is like a membranous sac full of air that has many fish, this is located on the digestive tract. This organ allows the flotation without major effort; this is essential for bone fish, whose specific weight is somewhat higher than that of water. 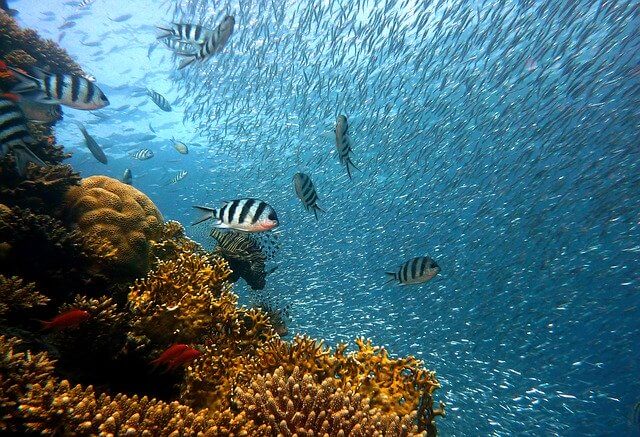 This means that they can not control their body temperature, which depends on external conditions. The same happens with amphibians and reptiles. This is why we usually differentiate between cold water fish and tropical fish: the former thrive well at temperatures of 15 to 20 ° C, the tropical ones at 24 to 28 ° C; that’s why to raise tropical fish, often more colorful, you need to add a heater to the fish tank.

Like extremities, fish have flat structures known as fins, which are very important in their mobility. The dorsal fin and tail fin (the tail fin) are the most characteristic. Also ventral is noticeable and there may be others, usually smaller.

The fish do not have external sexual organs, but in the viviparous or ovoviviparous groups the males develop a copulatory organ from the modification of their ventral fins. 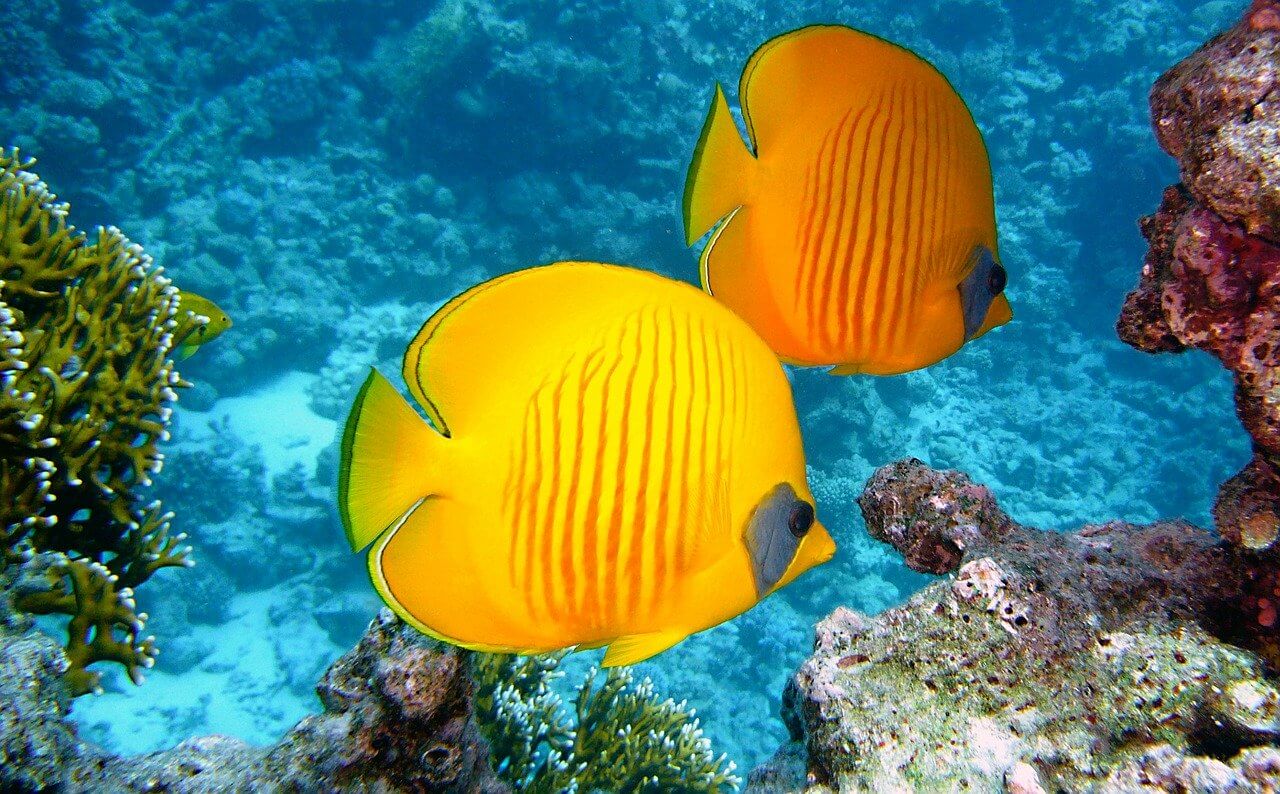 Most fish are oviparous and fertilize externally: females spawn somewhere more or less protected, and males fecundate these eggs. Some fish are viviparous, which means that the females give birth to their young already as fully formed juveniles. In addition there are some families of ovoviviparous fish, in which the females retain in their interior the fertilized eggs until the hatching. In these last two groups, fertilization is internal.