The digestive system is a set of organs that are constituted to be able to process food and that have as an objective to decompose and transform into food for the cells of the body.

The digestive system consists of different parts. Each of these performs a fundamental task for the transformation of the food.

The process of digestion is similar in all mammalian animals. In this device, food is ingested through the mouth, processed with the help of different enzymes and glands that converts them into nutrients for the body. That food that does not serve as a nutrient is discarded by urine or as fecal matter.

The digestive process commonly takes between 2 and 4 hours. However, certain nutrients can be completely assimilated by the organism after several days of ingestion. 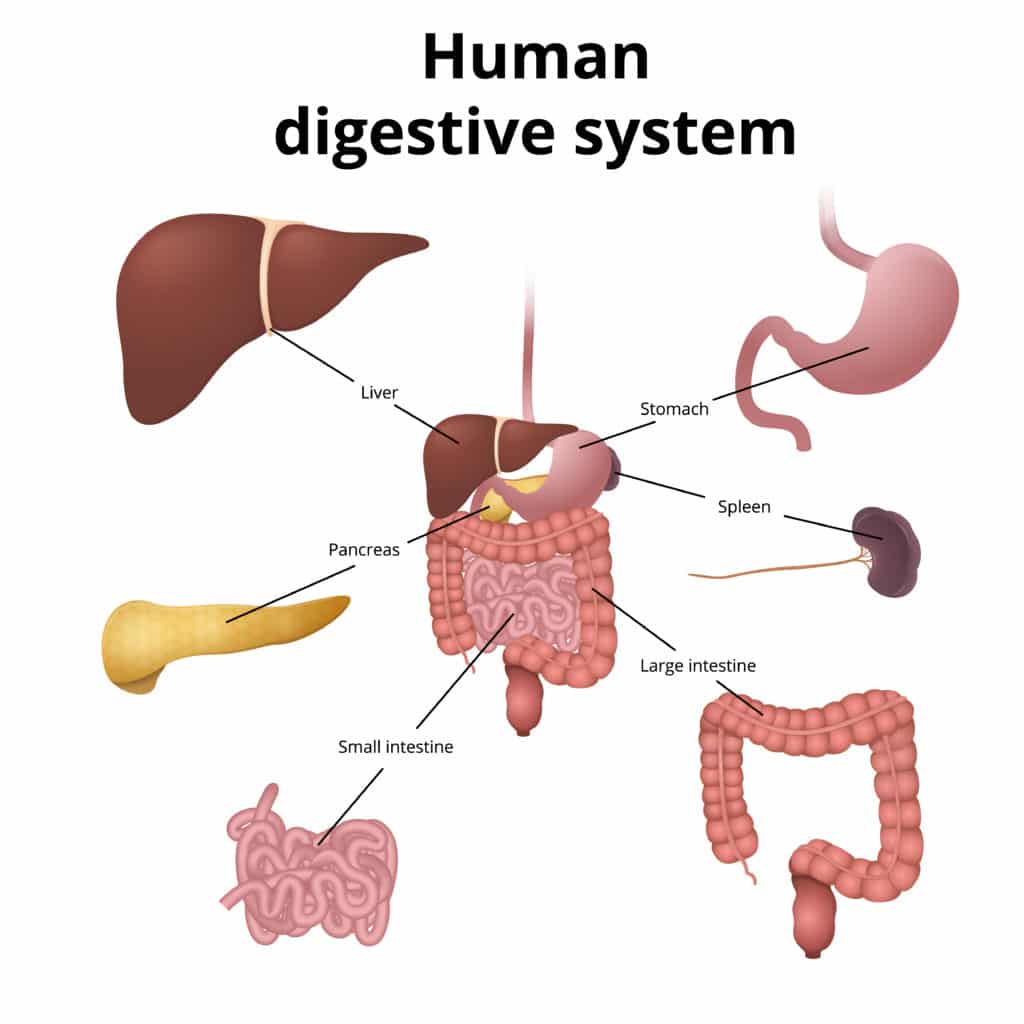 1. Function of the digestive system

The digestive system aims to convert food into proteins so that the body’s cells are fed. However, the process can be defined in 4 stages or steps:

transportation (receives food),
secretion (breaks down food through gastric juices),
absorption (transforms into nutrients),
excretion (those foods that do not serve as nutrition are eliminated from the body).

The food enters through the mouth. It is thanks to the teeth that food can be crushed. In addition, the tongue helps in the mixing of food with saliva and forms a paste (called bolus) that is then transferred to the esophagus.

During the chewing of food, (which occurs in the mouth) saliva plays an essential role since it breaks down some of the food to form the food bolus that will pass to the stomach. On the other hand, saliva also promotes digestion and helps destroy bacteria that enter through the mouth.

Then, the food passes briefly through the pharynx. This is a tube through which both the oxygen and food air circulates and is located in the neck. Then the food goes through the esophagus that in humans has a path of 30 cm long.

There is a kind of cap (the epiglottis) located in the larynx (respiratory system) whose function is to close the trachea so that the food is diverted to the pharynx and does not continue through the esophagus. When this fails and a drop of saliva or a food particle continues down the esophagus, a violent coughing and drowning occurs that makes the food return to the mouth immediately. 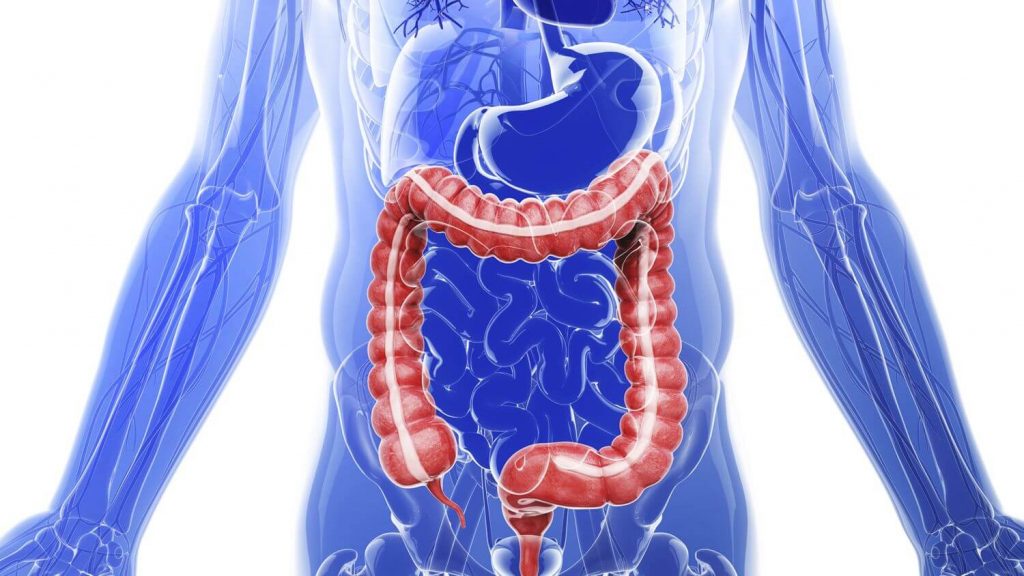 Already in the stomach food is mixed with gastric juices. These juices allow the disintegration of the food bolus. In turn this allows them to pass already to the small intestine.

This is divided into 3 parts: the duodenum, the jejunum and the ileum.

8. The large intestine and the anus

The function of the attached organs serves to break down food and facilitate digestion and absorption of nutrients in the body. These glands are:

Salivary glands. They are those that are in the mouth and secrete saliva. This saliva serves to moisten foods but also fights some bacteria found in food.
Gastric juices These juices are in the stomach. They also facilitate the decomposition of nutrients into nutrients.
Liver. This is the largest gland in the human body. They have the function of making bile (through which fat is absorbed). It also detoxifies the body and stores vitamins. The gallbladder is located inside the liver. Here the bile produced in the liver is stored and will be used when the food is in the duodenum.
Pancreas. It is responsible for the secretion of insulin. This is essential for the regulation of blood sugar. Failure in the pancreas generates Diabetes disease. 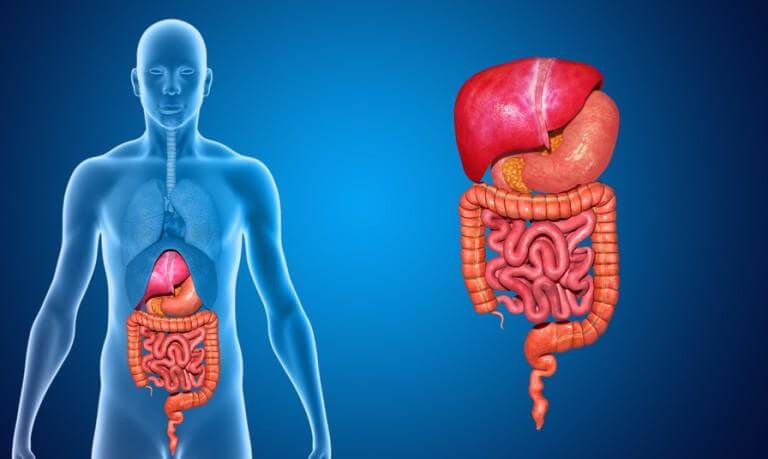 During digestion, both proteins and carbohydrates and lipids are transformed into simpler units thanks to the intervention of enzymes. In this way, they can be absorbed and transported by the blood.