Bulimia nervosa is a psychological and nutritional disorder, in which people eat food in unhealthy and compulsive ways, which then cause feelings of guilt that lead them to get rid of excess food ingested through different methods.

The disorder of bulimia is closely linked to the fear of gaining weight and social pressures of society increasingly focused on the physical appearance of people, so it is very common in adolescents and young women, whose anguish to fit aesthetic canons propaganda is often in conflict with their vital ways and often leads to depression.

The bulimic cycle has been described as an alternation between “binge eating” of a lot of food in a short time, the product of a poor management of the anguish, followed by guilt and the use of laxatives or induced vomiting to get rid of the food. This picture has strong negative effects on both the mind and the body of those who suffer it. 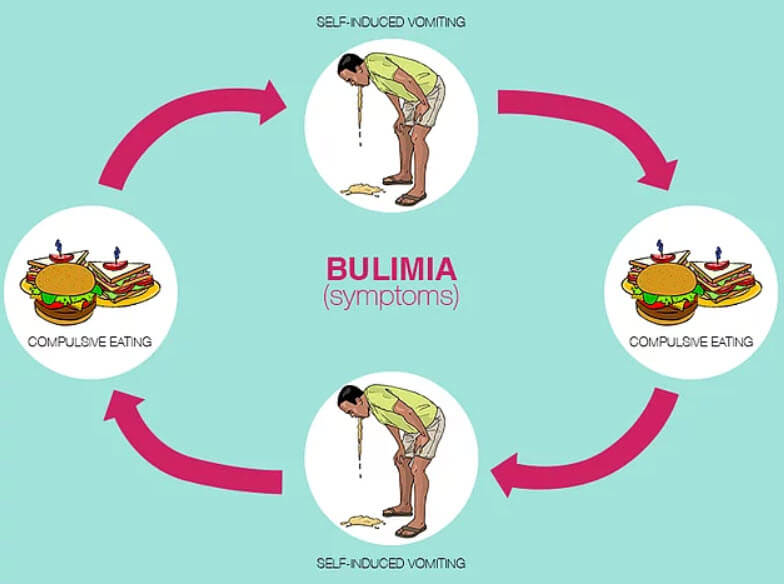 The word ‘bulimia’ comes from the union of the Greek words bus (ox) and limós (hunger), so it literally means “ox hunger”, indicating that bulimic people eat uncontrollably. The common management of bulimia nervosa for this disorder was coined by the British psychiatrist Gerald Russell in the year of 1979.

Bulimia is a disorder that mostly affects women of any age, social stratum, ethnic group and origin of industrialized societies, particularly in Japan and Western countries. It usually begins in adolescence or early adulthood, and usually begins with binge eating after a period of strict diet or abstinence.

The most vulnerable are adolescents, subjected to social pressure from the media and publicity, which requires them to approach a perfect body, often unattainable.

The main and most characteristic symptoms of bulimia are the binge eating, described as the disordered intake of food in a period equal to or less than two hours, which aims to calm orally a sense of anguish.

In these nervous bingeings the person devours much more than a normal person would eat, and as a result he suffers a picture of crushing guilt and an irrational fear of gaining weight.

Then the person can deal with his fault through different methods: excessive exercise, the use of saunas, restriction (strict diet) of the following meals, absolute fasting, fluid suspension, excessive use of laxatives and diuretics or, the most common of the methods: induced vomiting.

Bulimia is often accompanied by problems of self-esteem, anxiety pictures difficult to control and crushing guilt. This all gets worse with the bulimia, since to the anguish it follows the fault and to this one a new anguish and so on. Bulimic patients are trapped in this cycle that deteriorates their physical and mental health as it gets worse.

This eating disorder has a hard impact on the metabolism, leading to bone loss, cardiac arrhythmia and renal failure. In addition, constant induction of vomiting leads to tooth erosion and dehydration, which leads to menstrual irregularities, heat stress and nutritional deficiencies.

The bulimic cycle between binge eating and compensatory acts take place at least twice a week and for a minimum period of three months.

There are two types of bulimia identified:

Purgative That in which compensatory behaviors such as vomiting, laxatives, diuretics, enemas and other invasive ways of stripping the body of excess food or calories are given. It is the predominant form of bulimia.
Not purgative. The “purges” of the organism are not carried out, but the guilt of binge eating is dealt with through excessive exercise, fasting or simple depression. It occurs only in 6-8% of cases.

The bulimic picture is often aggravated in the presence of other ailments, many of which are a consequence of the emotional and physical stress to which the body is subjected, such as: 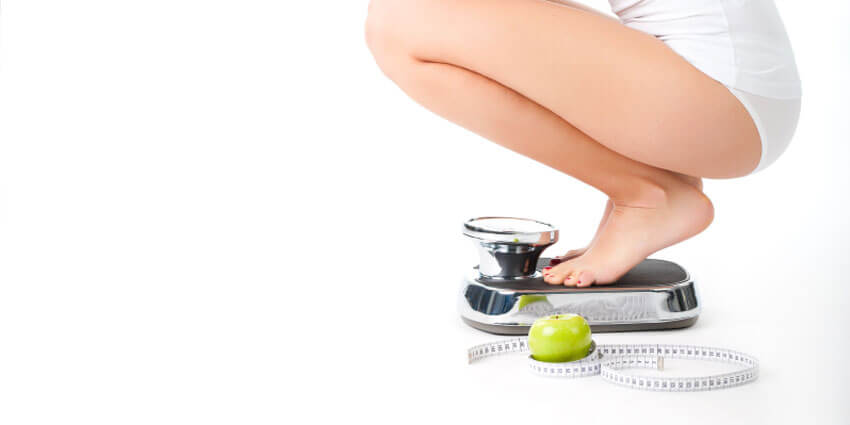 Bulimia must be attended by specialists in an appropriate context, since bulimia often goes unnoticed among the patient’s habits, and can even be incorporated definitively in his life.

The treatment during the first stages, however, presents a much better margin of recovery, and is usually accompanied by antidepressants and anxiolytics, as well as antipsychotics. The idea is to help the patient perceive a more “normal” way of feeding. In addition, in a percentage of 30% relapses occur and in 40% chronic symptoms appear.