At the time of this explosion, all the matter that exists today in the universe was concentrated in one point.

From the moment of the explosion, the matter began to expand and still does today. That is why the Big Bang theory includes the theory of the expanding universe. In addition to expanding, matter began to form more complex structures, from atoms and molecules, to the living organisms we know today.

The name “Big Bang” was used for the first time by physicist Fred Hoyle, who spoke of the theory with condescension during an interview on the BBC. The idea of a big bang (“a big bang”) to Hoyle seemed absurd. 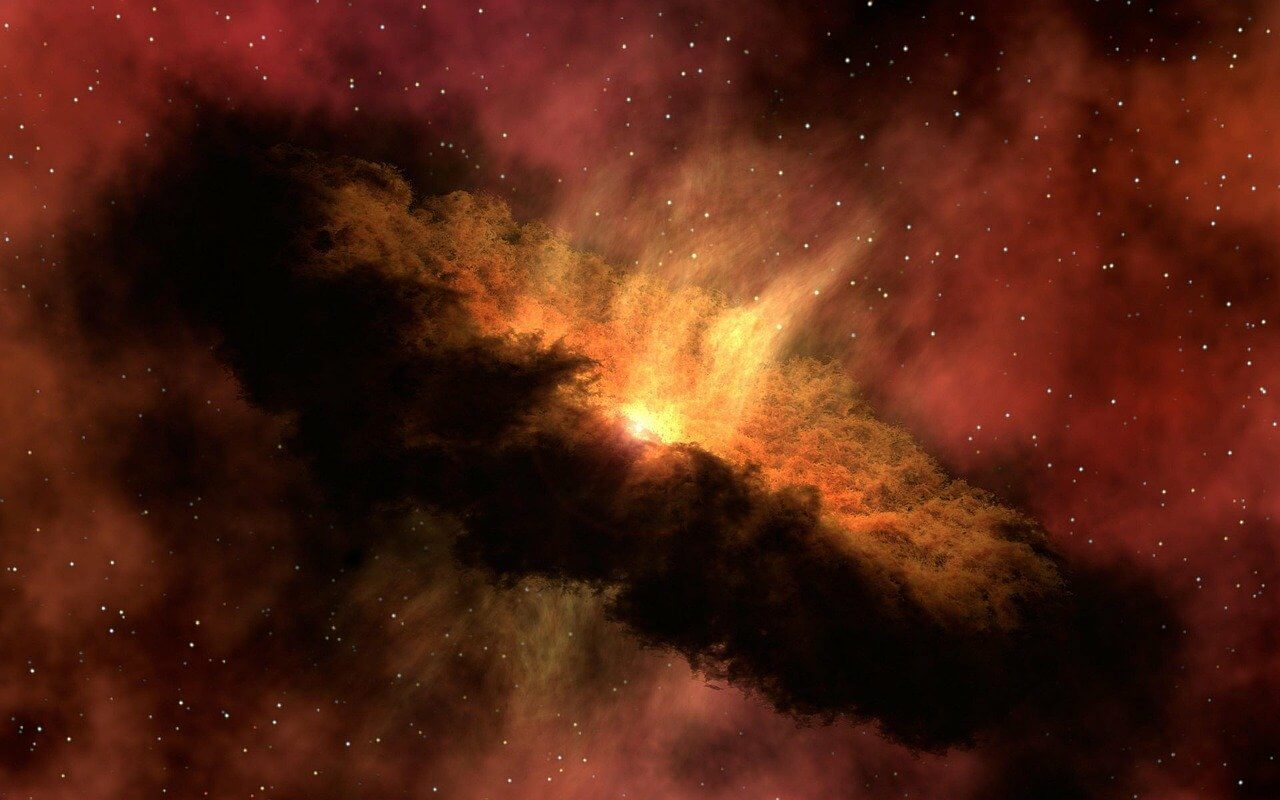 The data available to scientists suggest that the explosion that gave rise to the universe occurred approximately 13,810 million years ago. This stage is called the primordial universe and it is assumed that the particles had a very high energy.

In this explosion the first protons, neutrons and electrons were formed. Protons and neutrons were organized into nuclei while electrons, by their electrical charge, organized themselves in orbits around them. This is how the matter originated.

2. Formation of stars and galaxies

The stars as we know them today began to form long after the Big Bang:

3. Evidence that the universe is expanding

Although the beginning of the universe from a great explosion is a theory, it is not “just a theory”, but is based on a great variety of scientific evidences.

Paradox of Olbers: The darkness of the night sky.
Hubble’s Law: It can be verified with the observation that the galaxies are moving away from each other.
Homogeneity of the distribution of matter.
Tolman effect (variation of surface brightness).
Distant supernovae: A temporary dilation is observed in their light curves.

4. Evidence of the great explosion

What we call “the explosion” of the Big Bang, was a phase of high density and temperature. The evidence that the universe went through that are:

Observations of the cosmic microwave background: What is perceived as “background noise” is a temperature of 2.7 degrees Kelvin which is the current trace of the high temperature of the Great Explosion.

Measurements of abundances of light chemical elements: The composition of the universe is three quarters of hydrogen and one quarter of helium (they are the two lightest elements). The heavier atoms (the rest of the periodic table) were born in the stellar nuclei. 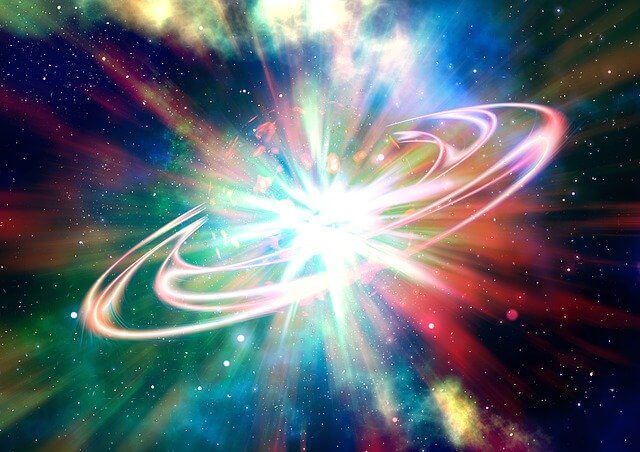 5. Theory of the Big Crunch

This theory is based on the fact that the expansion of the universes, produced by the Big Bang, will slow down slowly until the opposite effect begins: the contraction of the universe. This concentration would end in a big implosion or “Big Crunch”, which would be the opposite of the big explosion. However, there is still no evidence to confirm this theory.

The theory of the expanding universe was formulated for the first time in 1922 by Alexander Friedmann. He was based on Albert Einstein’s theory of general relativity (1915).

In 1927, the Belgian priest Georges Lemaître relied on the work of the scientists Einstein and De Sitter to arrive, independently, at Friedmann’s own conclusions about the expanding universe.

In 1929 Edwin Hubble provided the evidence for the expanding universe, through the observation that galaxies are moving away in all directions. In 1931 Lemaître was the first scientist to propose the hypothesis of a primeval atom that went into explosion.

The alternative theory of the oscillating universe holds that the universe oscillates constantly between a Big Bang and a Big Crunch. It was developed by Richard Tolman and has not been proven.

8. The steady state and the continuous creation

The alternative theory of the steady state and continuous creation, maintains that if the universe is in expansion, it means that every time there is less density of matter, because the particles are increasingly distant. Then, according to this theory, the density of the universe is kept constant by the “continuous creation” of matter. This theory has not been proven. 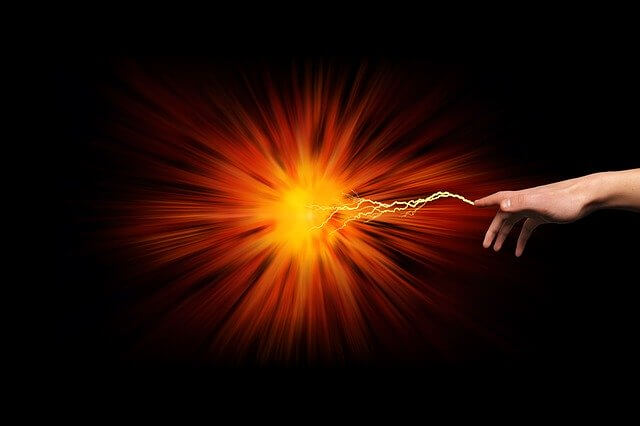 The alternative theory “Inflationary” is based on the same premises as the Big Bang theory, but maintains that there was an initial process called “inflation” in which the expansion of the universe was exponentially faster. This theory has not been proven.

Creationism holds that the universe was created by God, that is, it was a voluntary and deliberate act, and not the simple explosion of a primal atom.

The Big Bang theory comes into conflict with some religious beliefs because it does not indicate any will (ie, the action of a God) at the origin of the universe.

Even those who accept the theory of the Big Bang assuming that this explosion could also be divine will, are faced with the enormous antiquity of the universe that puts in perspective the possible importance that could have the humanity (of an insignificant antiquity in comparison with the universe) in the divine plan.