Who was 1. Clovis? What did 1. Clovis do? Information on 1. Clovis biography, life story, religin and politics.

1. Clovis; (466 – 511), king of the Franks, who raised his people to preeminence among the barbarian tribes of Europe. The early life of Clovis (a Gallicized form of the Frankish name Clodovec) is almost entirely unknown. In 481, on the death of his father, Childeric, he became king of the Salic Franks, who were centered about Tournai in northeastern Gaul. After extinguishing the last trace of Roman control in this region, Clovis conquered the Franks along the Loire and Seine rivers, including those in Paris, despite resistance there by the Christian population, led by St. Geneviève. 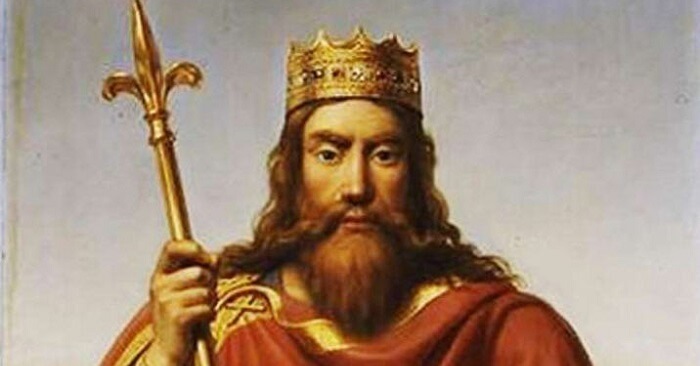 In 493, Clovis sealed an entente with Burgundy, his neighbor to the south, by marrying Clotilda, a niece of Burgundy’s joint kings, Godegisil and Gundebald. The effects of this marriage went beyond the immediate diplomatic purposes it served. Clotilda was a Catholic, or orthodox, Christian (although many Burgun-dians and one of her royal uncles, Gundebald, were followers of the Arian heresy). Although Clovis allowed his children to be baptized, he himself remained pagan until 496. In that year, while engaged in a battle with the Swabians at Tolbiac, Clovis vowed to accept Clotilda’s God if He would give him victory. When the Franks routed the Swabians, Clovis and some 3,000 of his subjects were baptized.

Political shrewdness as well as piety may have prompted Clovis’ acceptance of Christianity. His conversion to orthodox Christianity established a bond between him and the Gallo-Roman Catholics of Burgundy. However, rivalry between Burgundy’s two kings tore the realm apart. In 500, King Godegisil allied himself with Clovis against the pro-Arian Gundebald. Despite initial victories, Clovis had to retreat. Gundebald killed Godegisil and reunited the kingdom.

Religion and politics combined more favorably for Clovis in the Visigothic south. Theodoric, the Ostrogothic king of Italy, had evidenced interest in this region by giving his daughter in marriage to the Visigothic king, Alaric II. From 506 on, after permanently subduing the Swabians, Clovis launched a series of campaigns against the Visigoths, ending in the battle of Vouille, in which Clovis killed Alaric in hand-to-hand combat. Alaric’s grandson retained Septimania, and Theodoric seized Provence. But the rest of southern Gaul fell to Clovis.

The victory at Vouille brought Clovis from the level of tribal warfare to that of world politics. The Byzantine emperor, Anastasius I, who wished to restore his direct control over Italy, saw that the Franks might be powerful allies against Theodoric. He therefore conferred upon Clovis the honorary title and insignia of consul in 508. Under this inducement, Clovis campaigned in 509 and 510 against Theodoric, who nevertheless kept Provence with Narbonne.

By war and assassination, Clovis removed rival Frankish kings, united the Franks, and extended their territories from northern France to the Mediterranean. However, this achievement was ephemeral. On his death in Paris on Nov. 27, 511, Clovis’ four sons divided his kingdom.

Clovis and the Church.

Of more permanent importance than Clovis’ territorial aggrandizement was his conversion to Christianity. He was not the first Frankish convert—Christianity had existed among the Franks long before this time. Clovis’ conversion did not instantly change his religious practices or those of his people. Moral and ethical conversion lagged far behind acceptance of a new creed.

But the bond between Frankish kings and the See of Rome was one of the most critical and lasting elements in medieval history, involving both antagonism and cooperation between them. Clovis assumed control over the administration of the church in his realm. This beginning of a national Frankish church, later incorporated into the Gallican church, was to lead to centuries of conflict between the papacy and Frankish and, later, French kings.

Clovis’ precedent for the control of the church was critical in German history, too. For the Franks were responsible for the conversion of the tribes along their eastern frontiers, and these tribes ultimately adopted Clovis’ ideas of the king’s headship over ecclesiastical administration. The crises of church and state that marked French and German history until recent times began on the battlefield of Tolbiac.